Daily Deals: Renowned scientists, demons, and two guys with too much money 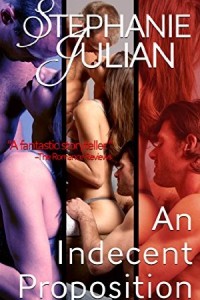 One woman. Two men. Half a million dollars. One night…

One night. That’s all Erik and Keegan want with Julianne. And they’ve come up with the perfect plan: Offer Julianne a half-million dollars. Julianne is in debt up to her eyeballs due to her mother’s illness. Five-hundred-thousand dollars would pay off her bills and give her a start on a new life. All she needs to do is have sex with a man she’s never met.

An explosion left Erik with scars, physical and psychological. Work is his only refuge. Until he sees Julianne through a surveillance camera. And he discovers a desire he thought had been burned out of him.

Keegan has watched his best friend retreat from the world for too long. If his desire for Julianne brings him back to life, Keegan will bring her to him, whatever it takes.

Julianne is young, adventurous and not afraid to take what she wants. And she wants these men.

But what happens when the night is over?

Well, that’s the best part of the story…

The price for this book really varies from vendor to vendor. At BN its 2.99 and at Google Play its 3.99. At Apple Part 1 is free, as it was apparently a serial at some point. FV Jen writes “Part I is an introduction and a sex romp.  I am not sure how Julianne was able to walk the next day.

Her boys were crazy with her and it made for some good sexy time reading.  I look forward to the next part where I might be able to dive into more of their thoughts and feelings but this was a yummy start to the series!  Final grade- B-“ 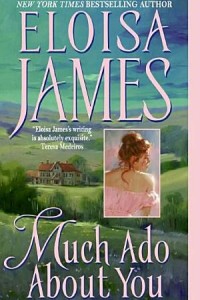 When you’re the oldest daughter, you don’t get to have any fun!

Witty, orphaned Tess Essex faces her duty: marry well and marry quickly, so she can arrange matches for her three sisters — beautiful Annabel, romantic Imogen and practical Josie. After all, right now they’re under the rather awkward guardianship of the perpetually tipsy Duke of Holbrook. But just when she begins to think that all might end well, one of her sisters bolts with a horse-mad young lord, and her own fiancé just plain runs away.

Which leaves Tess contemplating marriage to the sort of man she wishes to avoid — one of London’s most infamous rakes. Lucius Felton is a rogue whose own mother considers him irredeemable! He’s delicious, Annabel points out. And he’s rich, Josie notes. But although Tess finally consents to marry him, it may be for the worst reason of all. Absurd as she knows it to be, she may have fallen utterly in love . . .

Mrs. Giggles, who loves some James books and rags on others thought this one was was great “Much Ado About You is a story that has superficial familiar Regency historical plot conventions but Ms James doesn’t follow them wholesale but instead makes sure that her characters become as real as possible. The emotions feel real. Nothing about this book feels derivative or overly formulaic (although fans of Ms Alcott’s books may beg to differ, I suspect). And on top of it, it’s so entertaining both as a comedy and a drama.” 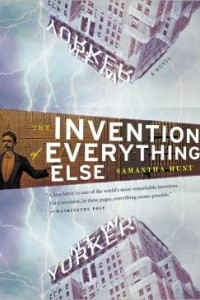 The Invention of Everything Else by Samantha Hunt. $ 2.99

New York City thrums with energy, wonder, and possibility in this magical novel about the life of Nikola Tesla.

It is 1943, and the renowned inventor Nikola Tesla occupies a forbidden room on the 33rd floor of the Hotel New Yorker, stealing electricity. Louisa, a young maid at the hotel determined to befriend him, wins his attention through a shared love of pigeons; with her we hear his tragic and tremendous life story unfold. Meanwhile, Louisa discovers that her father—and her handsome, enigmatic love interest, Arthur Vaughan—are on an unlikely mission to travel back in time and find his beloved late wife. A masterful hybrid of history, biography, and science fiction, The Invention of Everything Else is an absorbing story about love and death and a wonderfully imagined homage to one of history’s most visionary scientists.

“Hunt’s magical new novel is a love letter to one of the world’s most remarkable inventors…For a moment…everything seems possible.” The Washington Post 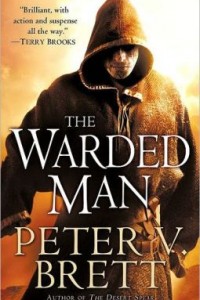 As darkness falls after sunset, the corelings rise—demons who possess supernatural powers and burn with a consuming hatred of humanity. For hundreds of years the demons have terrorized the night, slowly culling the human herd that shelters behind magical wards—symbols of power whose origins are lost in myth and whose protection is terrifyingly fragile. It was not always this way. Once, men and women battled the corelings on equal terms, but those days are gone. Night by night the demons grow stronger, while human numbers dwindle under their relentless assault. Now, with hope for the future fading, three young survivors of vicious demon attacks will dare the impossible, stepping beyond the crumbling safety of the wards to risk everything in a desperate quest to regain the secrets of the past. Together, they will stand against the night.

PW writes “Only near the end do the three strands of the story begin to intertwine. With its nameless enemies that exist only to kill, Brett’s gritty tale will appeal to those who tire of sympathetic villains and long for old-school orc massacres.”

→ Jane
Previous article: REVIEW: Becoming Alpha by Aileen Erin
Next Post: On Why Authors Have More Power than Readers