Daily Deals: Regency mysteries, a girl with a great personality; free reads from Pocket; and a cowboy 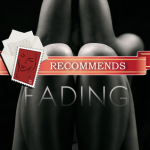 I want to start with a plug for EK Blair’s Fading. It was recommended by Jennie here. Recently it was discounted to 99c and I included it in the Daily Deals. Last night I read it. If you haven’t bought it, I recommend taking advantage of the offer. I agreed with Jennie’s review and will add my own thoughts that the book was a very emotional read and dealt with the issue of rape seriously and respectfully. I really loved the sweet romance and thought it fit the arc of the story quite well.  I was worried about Candace’s ability to be intimate and it didn’t happen quickly but when it did, it was very loving. It’s a great 99c read. Meet Captain Gabriel Lacey, a half-pay cavalry officer who returns to Regency London with little money and no purpose, but with a sense of honor and fairness. He’s pulled into a search for a missing young woman, and thus begins investigating crime, using his status as a gentleman but a poor one to cross the boundaries between the top of society and the working class of the back streets.

In The Hanover Square Affair, a missing girl and horrific corpse plunge Captain Lacey into the dark underworld of Regency London.

In A Regimental Murder Captain Lacey is on hand to save the life of a beautiful widow; he then investigates the death of her husband, a colonel who had been accused of murdering a cavalry officer during the Peninsular War.

In The Glass House, Lacey investigates the death of a barrister’s young wife, and links her to a notorious brothel where the haut ton play.

Two short stories finish off the collection: In “The Disappearance of Miss Sarah Oswald,” Lacey is asked to locate a man’s missing daughter, though he senses that the family would be just as happy for her to remain missing. In “The Gentleman’s Walking Stick,” Lacey untangles a web of deceit involving a respectable society man, his only clue being a missing walking stick.

Join Captain Lacey and his friends as he investigates intrigue, murder, and villainy from the plush ballrooms of Mayfair to the darker streets of Regency London.

Reader Kim pointed this deal out to me and I almost forgot about it. Ashley Gardner mysteries are, by all accounts, quite good with a nice little romance throughout. Definitely worthwhile at 99c. 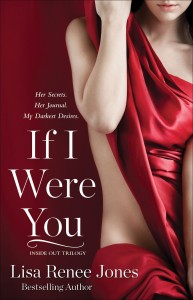 If I Were You by Lisa Renee Jones . $ Free

Certain something sinister has happened, Sara sets out to discover the facts, immersing herself in Rebecca’s life. Soon she’s working at the art gallery Rebecca worked at and meeting Rebecca’s friends. Finding herself drawn to two dangerously sexy men, the manager of the gallery and a famed artist, Sara realizes she’s going down the same path Rebecca took. But with the promise of her dark needs being met by a man with confident good looks and a desire for control, she’s not sure anything else matters. Just the burn for more. 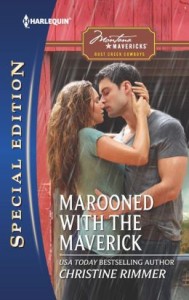 Marooned with the Maverick by Christine Rimmer. $ 1.99

We apologize, dear readers, for our brief hiatus in publication. The offices of the Rust Creek Rambler were damaged in the Great Flood, but we are now filing our reports from a bar stool at the Ace in the Hole. And do we have scandalous news for you!

We have it on good authority that during the storm, gorgeous rapscallion Collin Traub was stranded with our beloved kindergarten teacher Willa Christensen—alone. In a barn. Overnight. No one knows why, but Willa could barely stand the sight of Collin before. And now? Oh, readers—we don’t like to kiss and tell. But our sources tell us that the sexy Rust Creek cowboy has set his sights on lassoing the sweet schoolmarm?for good!

I’ve always enjoyed Christine Rimmer’s writing. It’s a lot less hokey and corny than the blurb makes it out. Generally I find her heroines sensible and her heroes to be decent. However, I have not read this book so maybe it is one of the Rimmer stories that would drive me batty. 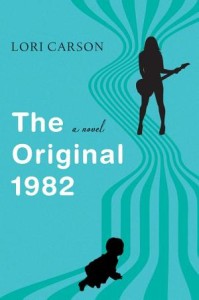 It’s 1982, and Lisa is twenty-four years old, a waitress, an aspiring singer-songwriter, and the girlfriend to a famous musician. That year, she makes a decision, almost without thinking about it.

But what would have happened if she had chosen differently? Thirty years later, haunted by regret, Lisa revisits her past to reimagine it.

The blurb of this book is intriguing but it also sounds kind of depressing. Playing what if with your past life decisions sounds like a recipe for disaster. It’s been on sale for a while and it has about 20 goodreads reviews and most of those are from an ARC giveaway or a blog tour. 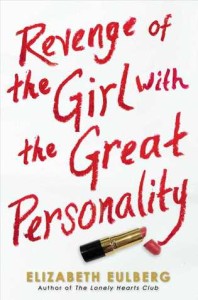 Revenge of the Girl With the Great Personality by Elizabeth Eulberg. $ 2.24 at Amazon and Google Play

A hilarious new novel from Elizabeth Eulberg about taking the wall out of the wallflower so she can bloom.

Don’t mess with a girl with a Great Personality.

Everybody loves Lexi. She’s popular, smart, funny…but she’s never been one of those girls, the pretty ones who get all the attention from guys. And on top of that, her seven-year-old sister, Mackenzie, is a terror in a tiara, and part of a pageant scene where she gets praised for her beauty (with the help of fake hair and tons of makeup).

The time has come for Lexi to step out from the sidelines. Girls without great personalities aren’t going to know what hit them. Because Lexi’s going to play the beauty game – and she’s in it to win it.

This book sounds hilarious but the reviews are all over the place. Many readers were unhappy with the demonization of the trailer park mother even though it was intended to skewer pageant moms. One high schooler mentioned that the makeover seemed kind of false.

Anyway, so I was instantly attracted to this book since I thought Lexi was a perfect description of me: good personality, but average, not skinny but not fat, aspiring fashionista, blends into the background, chokes up whenever she talks to the guy she likes, little self confidence. The difference: when she puts on makeup and shows a bit more skin, she’s an instant hottie, getting all this attention and boys liking her, and all of the girls jealous, and has killer confidence. When I put on makeup and actually try on my clothes: I’m still plain old me, insecure as always (especially if I’m showing more skin) and there don’t seem to be any boys or people whatsoever checking me out as I walk down te hall. Maybe it’s just me, but some aspect of that does not seem right.