Daily Deals: Redeemable heroes and villains in need of redemption 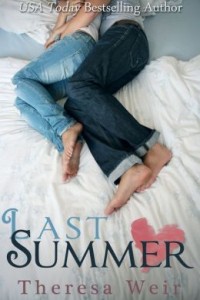 This book is an all-out unabashed, unselfconscious romance. No mystery. No suspense. Not a lot of external motivation. It’s all about two people. A lot of angst, a lot of drama, a lot of humor, and lot of great dialogue. It kind of has a sixties James Dean feel to it, where you have these tormented characters who just want to sob: “You’re tearing me apart!” James Dean could be the hero, and Natalie Wood could be the young widow. Or maybe Elizabeth Taylor. No, it should be someone quirky. A young Shirley MacLaine. Perfect. Mix that up with a little desert town and a bunch of gossips and a time period (of not so long ago) when sex for the fun of it was considered taboo and worthy of gasps behind white gloves.
***
A BRIEF DESCRIPTION:
“Unimpressed with hometown boy Johnnie Irish’s superstar status, widowed schoolteacher Maggie Mayfield nonetheless falls for the returning idol, who has only revenge on his mind.”
***
Yeah, well that happens. But so much more. Johnnie ruins the town of Hope’s homecoming parade. He passes out on Maggie’s floor. He leaves but can’t forget her. He makes a movie that bombs. He almost dies and everybody thinks he tried to commit suicide. He returns to Hope to get away from Hollywood for a while. He plays piano for Maggie’s play. He gets healthy. He falls in love. He’s haunted by demons. He almost dies again. He and Maggie fight. He leaves. He comes back.

This was originally published as a Harlequin category romance back in 1992. At one point I had bought and read all of Theresa Weir’s category books. They were a marvelous example of what a strong writer could do with category constraints.

In Last Summer you have a hero in great need of redemption and a sweet heroine. However, the characters are separated for a significant period of time in the book. 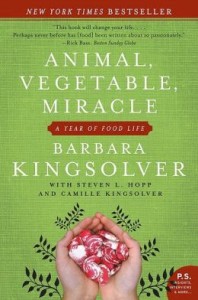 Author Barbara Kingsolver and her family abandoned the industrial-food pipeline to live a rural life—vowing that, for one year, they’d only buy food raised in their own neighborhood, grow it themselves, or learn to live without it. Part memoir, part journalistic investigation, Animal, Vegetable, Miracle is an enthralling narrative that will open your eyes in a hundred new ways to an old truth: You are what you eat.

This was a great review on goodreads. Kingsolver’s storytelling skills invite the reader to learn more about sustainable living but it tips over into the didactic.

On the down side, Ms. Kingsolver’s charming storytelling is laced with a rather heavy dose of preaching…The first quarter is particularly thick with commentary on the evils of our current food system. More than once, I found myself slogging through sections that left me feeling more guilty about the food currently in my kitchen than inspired to adopt her suggestions. This tone made the read much less effective for me than it would have been had she focused primarily on the very real value her family gained from choosing to forgo convenience in favor of such fantastically delicious food. 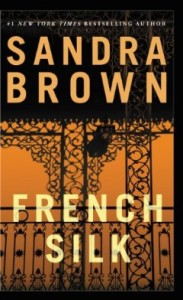 Claire Laurent is a vibrant beauty and the founder of French Silk, a succesful lingerie company. But a TV evangelist has attacked French Silk as sinful and vows to ruin the company. When the preacher is killed, Claire becomes the prime suspect. Now nothing can save Claire unless she reveals a shocking truth that she has sworn to take to the grave.

In sultry New Orleans, Claire Laurent had fought hard to make her fabulous lingerie mail order business successful. But the murder of a TV evangelist could destroy her business and her life.

Originally published in 1993, this is a pre order deal. The ebook will be sent to your device on 4/30. 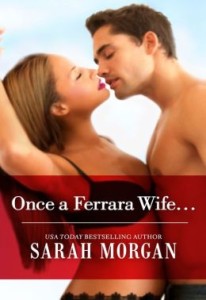 Laurel Ferrara wouldn’t know a happy ending if she fell over it—of course her whirlwind wedding was always going to end in disaster. But it wasn’t as simple as just walking away. From the moment she is summoned back to Sicily, the shivers of unease set in?.

The command comes from legendary tycoon Cristiano Ferrara, the husband she can’t forget—but it might as well have come from the devil himself. The outrageously gorgeous Cristiano’s power is a potent reminder of this Sicilian dynasty’s unbreakable rule: once a Ferrara wife, always a Ferrara wife?.

Look for more Harlequin Presents books from this author and check out our six new titles available every month!

This was a finalist in the DABWAHA category and the #1 ranked book in that category. Sunita wrote: From the first scene you know this is going to be an angsty ride, and I enjoyed every minute of it. I’m not big on full-on angst, but it is well motivated here; this is a marriage in trouble book and the storyline is about their paths back to each other. Laurel Ferrara and her billionaire hotelier husband, Cristiano, have been estranged for two years. When they meet again at his sister’s wedding, they are forced to revisit both their unresolved conflicts and their reignited attraction for each other. Laurel still hasn’t forgiven Cristiano for the crisis that drove them apart, and watching him comes to grips with what a true apology is, not to mention accepting responsibility for his mistakes, is something to behold.