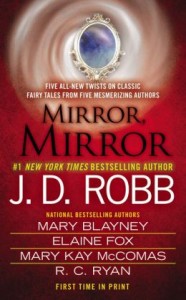 Once upon a time?

?in a world far removed from the days when fairy tales were new, five bestselling authors spin versions that take the classic stories into a new dimension. You’ll recognize Hansel and Gretel, Cinderella, Sleeping Beauty, and other enduring characters, but they’ll exist in realms beyond your imagination, where the familiar is transformed into the extraordinary and otherworldly.

Barnes & Noble is having a big weekend sale by discounting a number of bestsellers to 50% off. This title just came out and was reviewed at DA yesterday. The prices of the deals are kind of high but not necessarily when compared to their recently released price. 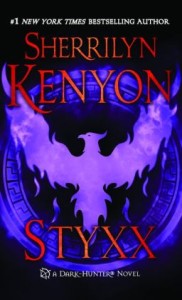 Sherrilyn Kenyon’s most highly-anticipated novel in the Dark-Hunter series since Acheron is here—the unforgettable story of Styxx, Acheron’s twin brother and one of the most powerful beings on earth

Just when you thought doomsday was over . . .

This is a hardcover that is so large I wondered if it was three books. Beware, though, because the main character goes through a ton of torture and abuse, some of it incredibly graphic. 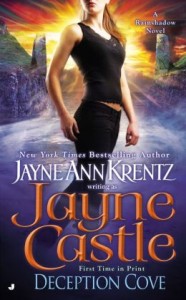 In the world of Harmony, Rainshadow Island is home to a mysterious preserve, secrets that have been kept for centuries, and a treasure worth killing for…

As a light-talent, Alice North has the rare ability to make things disappear, including herself—a gift that comes in handy during her magic act with her dust bunny Houdini.

Business mogul Drake Sebastian is day-blind, since his sight was nearly destroyed in a lab accident. But he’s the one man who can see Alice when she disappears—and he needs her.

On Rainshadow Island, two dangerous Old World crystals are missing, igniting a paranormal storm. Drake thinks Alice is the key to finding them, and proposes they head there, but only after a Marriage of Convenience.

If you are a fan of the Castle books then you’ll probably enjoy this one. 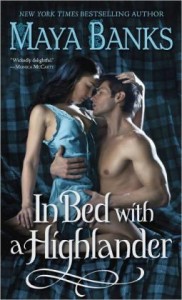 Ewan McCabe, the eldest, is a warrior determined to vanquish his enemy. Now, with the time ripe for battle, his men are ready and Ewan is poised to take back what is his—until a blue-eyed, raven-haired temptress is thrust upon him. Mairin may be the salvation of Ewan’s clan, but for a man who dreams only of revenge, matters of the heart are strange territory to conquer.

The illegitimate daughter of the king, Mairin possesses prized property that has made her a pawn—and wary of love. Her worst fears are realized when she is rescued from peril only to be forced into marriage by her charismatic and commanding savior, Ewan McCabe. But her attraction to her ruggedly powerful new husband makes her crave his surprisingly tender touch; her body comes alive under his sensual mastery. And as war draws near, Mairin’s strength, spirit, and passion challenge Ewan to conquer his demons—and embrace a love that means more than revenge and land.
From the Paperback edition.

January gave this a B-.

It’s a light, fun historical. I found myself smiling at some of the dialogue. There’s no brogue, so if that drives a reader away from a lot of Scottish historicals, she might like this. The heroine grows into her sexuality and once she realizes that she can play with the hero as much as he wants to play with her, it’s fun to see them get together. The steam in this book is at a much more subdued level than most Banks’ books, so don’t expect anything outside of the normal historical romance mores.

→ Jane
Previous article: REVIEW: Not a Drop to Drink by Mindy McGinnis
Next Post: Finding a replacement for Goodreads