Abby Lewis never pictured herself on the survival game show, Endurance Island. She’s just not the ‘survival’ type. But when her boss offers her a spot on the show and the opportunity of a lifetime, she packs her bags and heads to the tropics to be a contestant. Once in the game, though, it’s clear that Abby’s in over her head.

No one’s more competitive than sexy, delicious – and arrogant – Dean Woodall. Sure, he’s clever, strong, good at challenges, and has a body that makes her mouth water. He also hates Abby just as much as she hates him. That’s fine with her; she’ll just ignore the jerk.

But the rules of Endurance Island are working against them. Abby and Dean are teamed up – alone – on the beach. It’s either work together, or go home. Stuck with no one’s company but their own, they learn they might just make a good team after all. And Abby learns that with just a little bit of kindling, the flames of hate can quickly turn to flames of passion…

I thought I had promo’ed this before but I did a quick search and didn’t find it. Anyway, I really don’t much like books about reality TV shows but I started this one on a recommendation from a reader and found myself thoroughly engaged. If you read the reviews, they all pretty much say the same thing. Hate reality tv show books. Loved this one. It’s free. I bet if you start, like a Pringles, you won’t be able to stop. 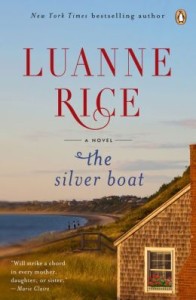 From New York Times bestselling author Luanne Rice, a moving family story that “will strike a chord in every mother, daughter, or sister” (Marie Claire)

In The Silver Boat, New York Times bestselling author Luanne Rice has written a heart-wrenching yet heartwarming portrait of a family in all its flawed complexity. The McCarthy sisters have come to Martha’s Vineyard to say good-bye to their family’s beach house—the place they were happiest together. Each has her own complicated issues and is struggling with the difficult process of letting go, but when a cache of old letters spurs them to visit Ireland, each woman comes to see herself in a new light. True-to-life sisters, the beach, laughter, and passionate love—The Silver Boat is Luanne Rice at her very best.

I’ve never read Rice but I recall one of her books had a fairly tragic ending so don’t read her with an eye toward a satisfying happy ever after. 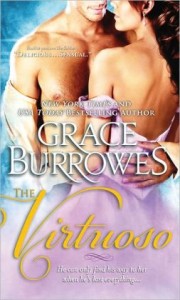 The Duke’s Obssession by Grace Burrowes. $ 2.99

A genius with a terrible loss. . .

Gifted pianist Valentine Windham, youngest son of the Duke of Moreland, has little interest in his father’s obsession to see his sons married, and instead pours passion into his music. But when Val loses his music, he flees to the country, alone and tormented by what has been robbed from him.

A widow with a heartbreaking secret. . .

Grieving Ellen Markham has hidden herself away, looking for safety in solitude. Her curious new neighbor offers a kindred lonely soul whose desperation is matched only by his desire, but Ellen’s devastating secret could be the one thing that destroys them both.

Together they’ll find there’s no rescue from the past, but sometimes losing everything can help you find what you need most.

This is one of the series that I haven’t seen discounted recently. I didn’t love this book. It seemed very modern to me. I think Burrowes would be a great small town contemporary author. She writes with a lot of emotion and has a great voice but the period details are all over the place. 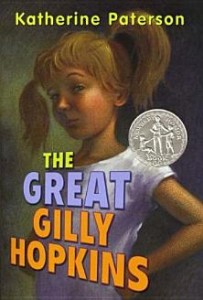 At eleven, Gilly is nobody’s real kid. If only she could find her beautiful mother, Courtney, and live with her instead of in the ugly foster home where she has just been placed! How could she, the great Gilly Hopkins, known throughout the county for her brilliance and unmanageability, be expected to tolerate Maime Trotter, the fat, nearly illiterate widow who is now her guardian? Or for that matter, the freaky seven-year-old boy and the shrunken blind black man who are also considered part of the bizarre “family”? Even cool Miss Harris, her teacher, is a shock to her.

Gutsy Gilly is both poignant and comic as, behind her best barracuda smile, she schemes against them and everyone else who tries to be friendly. The reader will cheer for her as she copes with the longings and terrors of always being a foster child.

Katherine Paterson, winner of the 1978 Newbery Medal for Bridge to Terabithia and of the 1977 National Book Award for The Master Puppeteer, again reaches across boundaries with her wit, compassion, and love, and here creates an immensely engaging story about a child’s desperate search for a place to call home.

I think I must be collecting every Newbery winner but yeah, I bought this even though *this* book wasn’t a winning title. We just finished reading King of the Wind by Marguerite Henry which tot loved. She told me we were reading Man O’ War next so I’m not sure when, if ever, this book will be cued up but at least I’ll have it in reserve.