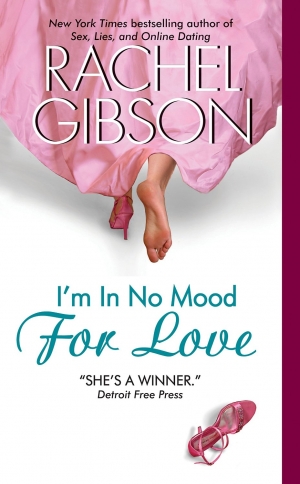 What is Clare Wingate doing? One minute she’s suffering in a pretty-in-pink gown she’ll never wear again, and the next thing she knows it’s morning . . . and she has the nastiest hangover of her life.

To make matters worse, she’s wearing nothing but a spritz of Escada and lying next to Sebastian Vaughan . . . her girlhood crush turned sexy, globe-hopping journalist. Somewhere between the toast and the toss of the bouquet she’d gotten herself into a whole lot of trouble.

Clare had the right to go wild—after all, she’d been knocked off her dyed-to-match shoes after finding her own fiancé in a compromising position with the washing machine repairman. Clearly her society wedding is off.

But Sebastian pushed all the wrong buttons—and some of the right ones, too. Clare is in no mood for love—not even for lust—and wants to forget about Sebastian and his six-pack abs ASAP. But he isn’t in the mood to go away, and his kiss is impossible to forget.

This is the second book in the Writers Friends series. The reviews aren’t great, but at this price, it might round out someone’s collection. 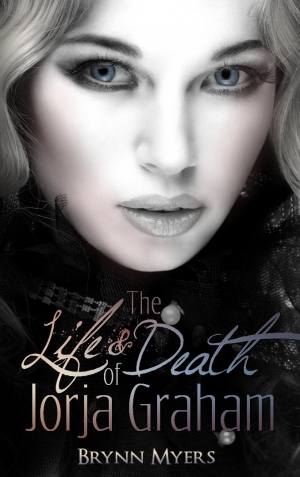 The Life & Death of Jorja Graham by Brynn Myers. $ .99 cents

All my life I’ve been referred to as the quintessential southern bell: blonde, stunningly beautiful, and overtly enchanting, but that was only the face I shared with the world; no one ever knew the hell I truly endured.

After returning to Savannah, I had everything I ever wanted: a new home, a handsome suitor, and the job of my dreams as an antique dealer. Little did I know that the choice to move on with my life would be the last decision I’d ever make.

My name is Jorja Graham and my story is proof that not every romance has a happy ending.

The Life & Death of Jorja Graham is a paranormal romance with a contemporary feel. There is a cliffhanger in book one. Book 2 is out next month. There are no critical reviews so I can’t warn you about anything but the cliffhanger. 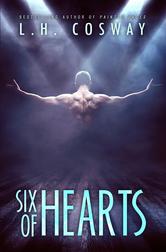 I think in triangles. You think in straight lines.

I show you a table and make you believe it’s a chair.

Smoke and mirrors, sleight of hand, misdirection. I trick and deceive.

But most of all, I put on a good show.

The world thinks I killed a man, but I didn’t. Bear with me. It’s all a part of the plan.

She doesn’t remember me, but she’s the reason for everything. She’ll be my prize at the end of all this – if I can hold onto my willpower, that is. Maybe I’ll slip up a little, have a taste, just a small one.

So go ahead and pick a card. Come inside and see the show. Look at my hands, look so closely that you can’t see what’s happening while you’re so focused on looking. I’ll be destroying your world from right here in the spotlight.

You’ll never see me coming until it’s too late.

I’ve only got one heart, and after I’ve pulled off my grand deception I’ll hand it right to her.

So, sit back, relax, and let my girl tell you our story. You’re in for one hell of a ride.

**Suitable for readers 18 years and over. Contains sex scenes and adult language.**

Reviewers and readers of DA are fans of another book, Painted Faces, by L.H. Cosway. Quotes from Jane: “When I think of authors trying different and unusual stories Cosway comes to mind immediately.” [or] “If you are looking for different, Cosway is delivering.” [or] “refreshing…authorial voice” 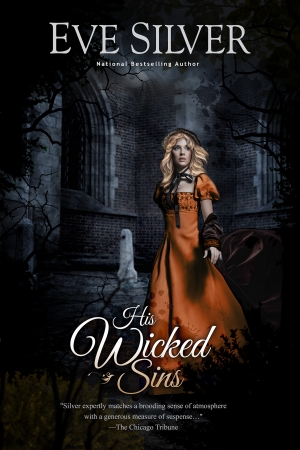 Determined to help her impoverished family, Elizabeth Canham accepts a position at Burndale Academy, an isolated girl’s school filled with secrets and shadows. There she meets mysterious widower Griffin Fairfax, a man dogged by dark rumours, a man who both frightens and fascinates her.

But Beth has secrets of her own, nightmares that haunt her and fears that follow her into the light of day when a woman is found dead in the nearby woods—the victim of a brutal murder… a murder that bears terrifying similarity to others. Then Beth discovers that all the victims were intimately connected to Griffin. Beth’s past has taught her to be wary, but her heart tells her that Griffin cannot be the charming, seductive killer stalking the night, stealing women’s hearts…and lives.

His Wicked Sins is both a romantic suspense and historical romance. Tropes include innocent schoolteacher, tortured mysterious hero, serial killer, elements of gothic mystery and suspense. Reviewers have described the story as having a Jane Eyre vibe. There is also a story within a story that ultimately links to time periods together. There are some extremely dark and creepy scenes which may not be comfortable for all readers. s