Two recommended reads featuring quirky romances from Theresa Weir.  Both are 99c although Girl with the Cat Tattoo is free on Amazon. 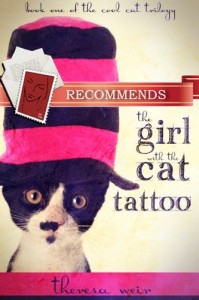 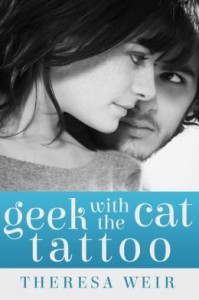 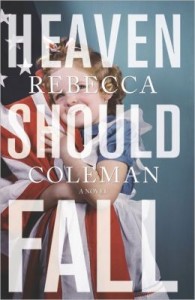 Heaven Should Fall by Rebecca Coleman. $ .99

From the critically acclaimed author of The Kingdom of Childhood and Inside These Walls comes a heart-wrenching story of a family’s devotion—to each other and to their country.

Alone since her mother’s death, Jill Wagner believes she’s found the perfect partner in Cade Olmstead when he bursts upon her life—idealistic, handsome and motivated. He dreams of becoming a congressman and changing the world, and Jill is ready to stand at his side for the journey. When she discovers she is pregnant with Cade’s baby, Jill accepts that she must put college on hold for the sake of their new family. But it won’t be the only sacrifice she’ll have to make.

Relocating to the Olmsteads’ New England farm, Jill is excited to welcome the baby surrounded by Cade’s family. But life on the farm isn’t the idyllic retreat she’d imagined. Cade’s brother Elias, a soldier newly returned from Afghanistan, is struggling to recover from the experience of war, and Jill is unsettled to find the family home is no less a battlefield than the one Elias left behind.

When unexpected tragedy strikes, Cade is afflicted most of all—his idealism quickly transforms into bitterness and paranoia. Before she knows it, Jill’s once-ambitious husband becomes a desperate man willing to endanger them all in the name of vengeance?unless Jill can find a way out.

If you love emotionally charged, issue-driven novels, don’t miss Inside These Walls and The Kingdom of Childhood, available now. 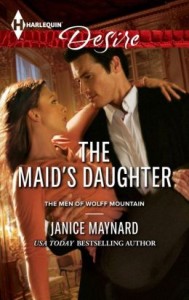 He thought he was finished rescuing damsels in distress. After all, hadn’t playing hero gotten millionaire Devlyn Wolff into enough trouble? Still, when a car accident lands Gillian Carlyle at his feet, he can’t walk away?even when he learns of her connection to his past.

Giving Gillian a job with his new business venture is not Devlyn’s way of assuaging age-old guilt. Nor is it a way to keep her close. At least he tells himself that, even as he knows seducing the maid’s daughter will lead him where he never meant to go?. The beginning to the sweeping Aubrey/Maturin series. “The best sea story I have ever read.”—Sir Francis Chichester

This, the first in the splendid series of Jack Aubrey novels, establishes the friendship between Captain Aubrey, R.N., and Stephen Maturin, ship’s surgeon and intelligence agent, against a thrilling backdrop of the Napoleonic wars. Details of a life aboard a man-of-war are faultlessly rendered: the conversational idiom of the officers in the ward room and the men on the lower deck, the food, the floggings, the mysteries of the wind and the rigging, and the roar of broadsides as the great ships close in battle.

One of the first books to get the slash treatment was the Master and Commander series. I’ve heard that it’s a tremendous series. My aunt loves it and I’ve read that Naomi Novik started out writing fan fiction of this series. You can see how she was influenced in her Temeraire series. 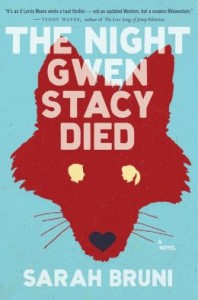 An offbeat love story about the adventures and mutual rescue of a young woman out of place in her hometown and a mysterious stranger who calls himself Peter Parker (and begins to cast her in the role of Spider-Man’s first sweetheart), The Night Gwen Stacy Died is about first loss, first love, and finding our real identities.

PW writes “Despite an oddly swampy ending, the novel’s quirky tone and accessible themes of rescue and recovery make for a likeable read.”

What is an oddly swampy ending? This book sounds kind of sweet, dark New Adult. Library Journal says ” ough with dark psychology, rich with introspection and emotion, this beautifully written book will appeal to fans of Spider-Man comics as well as coming-of-age fiction.”