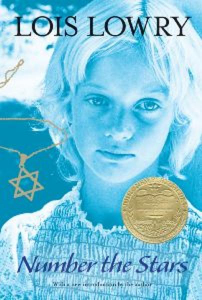 This Newbery Medal Book describes how a ten-year-old Danish girl’s bravery is tested when her best friend is threatened by Nazis in 1943.

In 1943, during the German occupation of Denmark, ten-year-old Annemarie learns how to be brave and courageous when she helps shelter her Jewish friend from the Nazis.

The Giver by this author was on sale a few days ago. 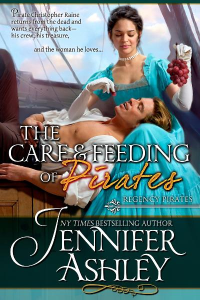 Care and Feeding of Pirates by Jennifer Ashley. $1.99.

Book 3 in the Regency Pirates series. This is a full-length novel (80,000 words, twenty-six chapters).

Honoria Ardmore has a secret. Four years ago, the notorious pirate Christopher Raine, arrested and condemned for stealing a ship filled with gold bound for Napoleon, makes one last request of Honoria. She grants it, and Christopher is taken out to be hanged. — Or was he?

Honoria couldn’t have seen him come back to life in the rather thick fog outside Covent Garden Theatre, could she? Christopher is long dead and gone, Honoria’s secret with him. Her life has moved on, and now she’s betrothed to a respectable English gentleman.

Christopher has other ideas. His sentence commuted at the last minute, Christopher was press-ganged onto a ship bound for Asia, and he’s spent the last four years working to return home and get everything back—his crew, his treasure, and Honoria Ardmore—his wife.

Meet the crew of the Starcross, and revisit the crews of the Argonaut and the Majesty for more pirate fun and adventure! 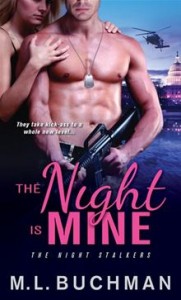 Protect the lives of the powerful and the elite at all cost. Neither expected that one kiss could distract them from their mission. But as the passion mounts between them, their lives and their hearts will both be risked…and the reward this time may well be worth it.

From the most helpful Amazon review: “The Night is Mine by M. L. Buchman has got to be the lightest-weight military-oriented romantic suspense story I’ve ever read, in spite of the number of times the heroine gets injured.” The deal is available at Amazon and B&N. 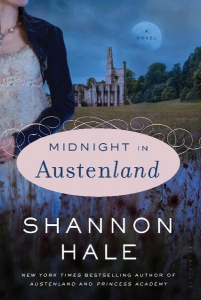 When Charlotte Kinder treats herself to a two-week vacation at Austenland, she happily leaves behind her ex-husband and his delightful new wife, her ever-grateful children, and all the rest of her real life in America. She dons a bonnet and stays at a country manor house that provides an immersive Austen experience, complete with gentleman actors who cater to the guests’ Austen fantasies.

Everyone at Pembrook Park is playing a role, but increasingly, Charlotte isn’t sure where roles end and reality begins. And as the parlor games turn a little bit menacing, she finds she needs more than a good corset to keep herself safe. Is the brooding Mr. Mallery as sinister as he seems? What is Miss Gardenside’s mysterious ailment? Was that an actual dead body in the secret attic room? And-perhaps of the most lasting importance-could the stirrings in Charlotte’s heart be a sign of real-life love?

The follow-up to reader favorite Austenland provides the same perfectly plotted pleasures, with a feisty new heroine, plenty of fresh and frightening twists, and the possibility of a romance that might just go beyond the proper bounds of Austen’s world. How could it not turn out right in the end?