Amazon only deals. The first book is by the author Schindler’s List and has a price of $2.99. “The sisters end up nursing on the western front, and, in the end, it is their nursing experiences, their having to face countless horrors of loss of life and limb, that become the true meaning of their sisterly bond. Greatly detailed, alternately fast moving and slow, this story boasts authentic characters set in equally authentic locations.”

So I’m pretty sure I loved this book when it came out but I confess that in trying to re-read my old Deveraux books I cringe at some of the story lines. Yet…it’s only $1.99 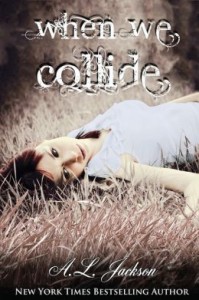 From the bestselling author of Pulled and Take This Regret comes a gripping new tale of loss and love.

William has spent six years running from his past and the last eight months trying to rid his mind of the dreams that increasingly haunt his nights. Trapped in a world of false ambitions and feigned affections, William knows he’s reached a breaking point and something’s going to give.

Maggie had lived her entire life without hope until one man showed her what it meant to be loved. He’d been her light in a lifetime of darkness. Six years ago, that darkness stole him away. Without him, she’s surrendered herself to an existence she doesn’t know how to escape.

When the family William left behind is struck by tragedy, he is called back to the one place he’s sworn to never return to again.

In a moment that will change his life forever, William comes face to face with the girl who, with one look, captured his heart. He is unable to ignore the buried desires and the hope for the future they’d once believed they’d have.

Now William is ready to fight to take back what had been stolen from him six years before.

But he never imagined what that fight might cost him.

A.L. Jackson gives you an intimate look into the lives of a family bound by an unseen connection in this contemporary romance with a supernatural twist.

I have no idea what this book is about from the blurb. Is it possible that we could start using blurbs that actually mean something instead of a vague mishmash of nouns and verbs? I get that authors are super sensitive about spoilers but hiding the plot or direction of the book doesn’t really aid in selling a story.

And even if you, the author, wants to be super secret and vague, some reviewer is going to spoil it anyway and it’s likely going to be the top rated review as readers mark it “Helpful” because the original blurb says absolutely nothing.

We’re the D’Artigo sisters: Half-human, half-Faerie, we’re savvy—and sexy—operatives for the Otherworld Intelligence Agency. But our mixed-blood heritage short-circuits our talents at all the wrong times. My sister Delilah shapeshifts into a tabby cat whenever she’s stressed. Menolly’s a vampire who’s still trying to get the hang of being undead. And me? I’m Camille—a wicked-good witch. Except my magic’s as unpredictable as the weather, as my enemies are about to find out the hard way…

At the Wayfarer Inn, a portal to Otherworld and the local hangout for humans and beasties alike, a fellow operative, Jocko, has been murdered. Every clue points to Shadow Wing, the soul-munching, badass leader of the Subterranean Realms. He’s made it clear that he aims to raze humankind to the ground, turning both Earth and Otherworld into his private playground. Our assignment: Keep Shadow Wing and his minions from creeping into Earth via the Wayfarer. The demons figure they’re in like Flynn. After all, with only my bumbling sisters and me standing in the way, how can they miss? But we’ve got a secret for them: Faulty wiring or not, nobody kicks ass like the D’Artigo girls…

I think Jia may have liked these stories in the beginning? Tear: A Seaside novel Book 1
Life as a teenager is never easy. But for Natalee Murray, things have just gotten way more difficult. Bored with life, she can’t wait to graduate high school and get out of town, especially considering the famous band members from AD2 suddenly start attending her school, making her once boring life, absolutely insane.

It starts with a pen. A single brush of fingers, and she is captivated.

But Alec and Demetri have a dark secret, one that could shatter their reputations and Natalee’s heart. What do you do when one guy paints your life with color while the other infuses your soul with passion? How do you choose when your heart is divided?

Pull: A Seaside Novel Book 2
Jaded rock star, Demetri Daniels, is in Hell — also known as Seaside, Oregon. Sent to rehab after nearly getting himself killed last year, his record company wants nothing more than for him to lay low, away from the limelight.

Irritated and more alone than he’s ever been in his life, Demetri tries desperately to rebuild his shattered reputation as a drug addict and player, which proves to be difficult when he meets Alyssa.

Alyssa is everything he should stay away from. She’s beautiful, smart, but above all else, she’s damaged. And one thing Demetri has learned is two broken hearts don’t equal a whole.
In the end, he has to decide if he can rise above the life he’s created in learning from his past mistakes, or fall into the darkness of his choices.

Shatter: A Seaside Novel Book 3
Sometimes the only way to heal… is to shatter.

Rock star Alec Daniels has it all. Love, fame, money… But being in the limelight isn’t all it’s cracked up to be, and after one bad choice comes back to haunt him he is left picking up the pieces of his carefully constructed life. Now he faces the toughest decision of his life:

Deal with his mistake like a man, or dive back into the dark hole of depression, drugs, and denial that have been his comfort for so long.

One wrong move could destroy everything. His girlfriend, his family, and his future.

This is the conclusion to Alec and Nat’s story.

Three books and a novella for 99c. I haven’t read this author but one of her books “The Bet” sold over a hundred thousand copies and led to a seven figure deal with Forever. Jennie read Elite and thought it was crazy pants and not in a good way. Frannie Cavanaugh is a good Catholic girl with a bit of a wicked streak. She has spent years keeping everyone at a distance—even her closest friends—and it seems as if her senior year is going to be more of the same . . . until Luc Cain enrolls in her class. No one knows where he came from, but Frannie can’t seem to stay away from him.

What she doesn’t know is that Luc is on a mission. He’s been sent from Hell itself to claim Frannie’s soul. It should be easy—all he has to do is get her to sin, and Luc is as tempting as they come. Frannie doesn’t stand a chance. But he has to work fast, because if the infernals are after her, the celestials can’t be far behind. And sure enough, it’s not long before the angel Gabriel shows up, willing to do anything to keep Luc from getting what he came for. It isn’t long before they find themselves fighting for more than just Frannie’s soul.

Before Desrochers jumped on the New Adult bandwagon, she was writing YA paranormal with a love triangle.