Daily Deals: Mysteries and romances for Friday along with Harlequin Freebies 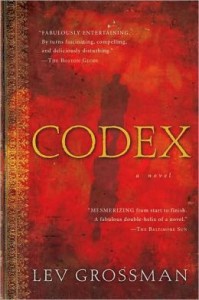 About to depart on his first vacation in years, Edward Wozny, a hot-shot young investment banker, is sent to help one of his firm’s most important and mysterious clients. When asked to uncrate and organize a personal library of rare books, Edward’s indignation turns to intrigue as he realizes that there may be a unique medieval codex hidden among the volumes, a treasure kept locked away for many years and for many reasons. As friends draw Edward into a peculiar and addictive computer game, his obsession deepens as he discovers surprising parallels between the game’s virtual reality and the mystery of the codex. An accomplished and entertaining thriller, Codex explores the mysterious power of books in the medieval and modern ages.

This book has wildly varying reviews and on Amazon, most of them are under 3 stars. I think a number of people were unhappy with the unresolved nature of the book. A bad ending can lead to unhappy readers. 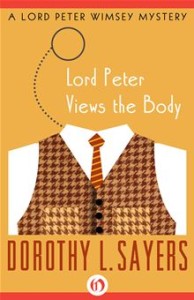 Some aristocrats spend their lives shooting, but Lord Peter Wimsey is a hunter of a different kind: a bloodhound with a nose for murder. Before he became Britain’s most famous detective, Lord Peter contented himself with solving the crimes he came across by chance. In this volume of short stories, he confronts a stolen stomach, a man with copper fingers, and a deadly adventure at Ali Baba’s cave, among other conundrums. These mysteries tax not just his intellect, but his humor, knowledge of metallurgy, and taste for fine wines. It’s not easy being a gentleman sleuth, but Lord Peter is the man for the job.

This ebook features an illustrated biography of Dorothy L. Sayers including rare images from the Marion E. Wade Center at Wheaton College. 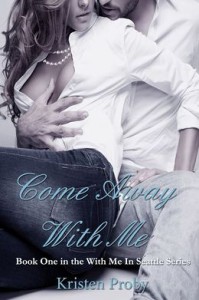 Overview
Being confronted on the beach by a sexy stranger wasn’t part of Natalie Conner’s plans for a peaceful morning taking photos. And why on earth would he think she’s taking pictures of him, anyway? Who is he? One thing’s for sure, he’s hot, and incredibly romantic, feeding Natalie’s wounded soul.

Luke Williams just wants the world to give him a break, so seeing yet another camera aimed at his face has him ready to pounce on the beauty behind the lens. When he finds out she has no idea who he is, he’s intrigued and more than a little tempted by her. Natalie has a body made for sex, a sassy mouth and Luke can’t get enough of her, but he’s not ready to tell her who he really his.

Natalie is a no nonsense girl who doesn’t do well with lies and secrets. What will happen to this new relationship when she discovers what Luke’s hiding?

I tried to read Proby’s book, Fight With Me, but I couldn’t get into it. I know a lot of readers love her and for .99 you can give her a try. I might even try this title to see if I was missing something in Fight with Me. 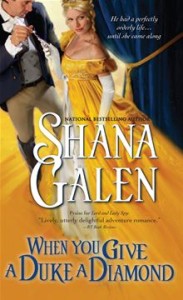 HE HAD A PERFECTLY ORDERLY LIFE…

William, the sixth Duke of Pelham, enjoys his punctual. securely structured life. Orderly and predictable-that’s the way he likes it. But he’s in the public eye, and the scandal sheets will make up anything to sell papers. When the gossips link him to Juliette, one of the most beautiful and celebrated courtesans in London, chaos doesn’t begin to describe what happens next…

UNTIL SHE CAME ALONG…

Juliette is nicknamed the Duchess of Dalliance, and has the cream of the nobility at her beck and call. It’s seriously disruptive to have the duke who’s the biggest catch on the Marriage Mart scaring her other suitors away. Then she discovers William’s darkest secret and decides what he needs in his life is the kind of excitement only she can provide…

A few of Galen’s other books have been on sale such as Rogue Pirate’s Bride and Lord and Lady Spy. I haven’t read a book of hers and can’t attest to the quality or enjoyability. She gets very high marks on Goodreads for this particular book. 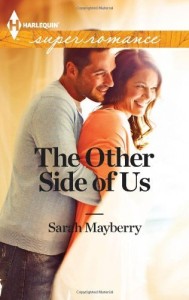 The Other Side of Us by Sarah Mayberry. $ Free at Amazon.

The making of a good neighbor

The best thing between Oliver Barrett and Mackenzie Williams is a fence. Ever since Oliver’s new-neighbor gestures were met with unfriendly responses, he’s decided to keep his distance. After all, he’s in this seaside town to get his life on track again. That doesn’t include working hard to get on Mackenzie’s good side—no matter how intriguing she may be.

His intentions are put to the test, however, when his dog becomes infatuated with hers. The two crafty canines do their best to break down the barriers between the properties. And where the dogs go…well, the humans must follow! It doesn’t take long for a powerful attraction to build between Oliver and Mackenzie. They soon discover that the worst of first impressions can lead to the best possible outcomes….

I originally featured this freebie when it was a pre order.  It was only available at Amazon at this time.  It is part of the Try Harlequin giveaway where Harlequin offers one free book per series so you can get an idea of what the series is like.  You can see the all the lines and the freebies title here.

This was reviewed for us by Iola’s Christian Reads here.:

Mackenzie Williams was a producer on popular daytime soap, Time and Again, until a car accident left her in hospital with multiple injuries, then months of rehabilitation. She is now living in remote Flinders (on the Mornington Peninsula, about an hour south of Melbourne) with her dog, Mr Smith, while she recovers enough to return to work–if her job is still there.

Oliver Garrett has moved with his schnauzer, Strudel, from Sydney to Flinder, to escape from the ruins of his marriage. Strudel forms an immediate attachment with Mr Smith, the dog next door, which places Oliver in close proximity to Mackenzie. Even though she is rude and career-minding, and represents everything he dislikes in a woman. Or so he thinks. As they try and rebuild their smashed lives, their relationship develops, and both Mackenzie and Oliver find they have more in common than they initially thought.

→ Jane
Previous article: GUEST REVIEW: O that I were a glove upon that hand: Lord of Scoundrels by Loretta Chase
Next Post: First Page: Gemma and the Earl