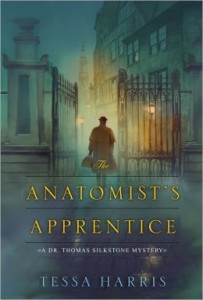 The Anatomist’s Apprentice by Tessa Harris. $ 2.99

In the first in a stunning new mystery series set in eighteenth-century England, Tessa Harris introduces Dr. Thomas Silkstone, anatomist and pioneering forensic detective. . .
The death of Sir Edward Crick has unleashed a torrent of gossip through the seedy taverns and elegant ballrooms of Oxfordshire. Few mourn the dissolute young man–except his sister, the beautiful Lady Lydia Farrell. When her husband comes under suspicion of murder, she seeks expert help from Dr. Thomas Silkstone, a young anatomist from Philadelphia.

Thomas arrived in England to study under its foremost surgeon, where his unconventional methods only add to his outsider status. Against his better judgment he agrees to examine Sir Edward’s corpse. But it is not only the dead, but also the living, to whom he must apply the keen blade of his intellect. And the deeper the doctor’s investigations go, the greater the risk that he will be consigned to the ranks of the corpses he studies. . .

PW writes “Silkstone’s attraction to Lady Lydia motivates him to go beyond merely identifying the possible poison responsible for the nobleman’s end and to explore the viability of various suspects. He proves a dogged investigator, even after several attempts to warn him off the case. Harris has more than a few tricks up her sleeve, and even veteran armchair puzzle solvers are likely to be surprised. ” 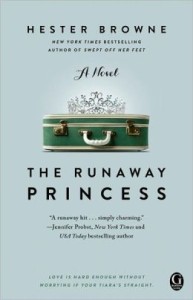 The Runaway Princess by Hester Browne. $ 2.99

If Amy Wilde’s new boyfriend, Leo, treats her like a queen, that’s because he’s secretly a prince himself: Leopold William Victor Wolfsburg of Nirona, the ninth most eligible royal bachelor in the world. Amy soon discovers that dating an heir to a throne has many charms—intimate alfresco dinners, glittering galas, and, for a girl who lives in jeans and wellies, a dazzling new wardrobe with tiaras to match. But there are also drawbacks: imagine the anxiety of meeting your boyfriend’s parents multiplied by a factor of “riding in a private jet,” “staying in a castle,” and “discussing the line of succession over lunch.” Not to mention the sudden press interest in your very un-royal family. When an unexpected turn of events pushes Leo closer to the throne, the Wolfsburgs decide to step up Amy’s transformation from down-to-earth gardener to perfectly polished princess-in-waiting. Amy would do anything for Leo, but is finding her Prince Charming worth the price of losing herself?

Shelf Awareness says “Browne manages to make all of these relationships completely believable, and downright funny sometimes, in spite of the farfetched fairytale plot. Amy’s anguished internal monologue as she tries to find her own happily-ever-after will keep the reader chuckling.” 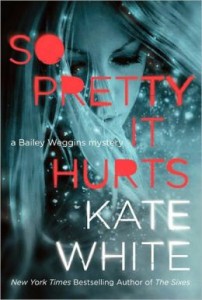 At long last, the New York Times bestselling author of The Sixes and the editor-in-chief of Cosmopolitan brings back the sassy crime writer turned amateur sleuth Bailey Weggins in an addictive story involving the mysterious death of a supermodel.

Bailey Weggins, the Manhattan-based thirtysomething true-crime journalist, is in a good place. She’s enjoying her regular gig at Buzz, a leading celebrity magazine, getting freelance work, and hoping her first book will garner attention. In the love department, she’s finally back in the game with her recently-turned-exclusive boyfriend, Beau Regan. When Beau heads out of town one early December weekend, Bailey accepts an invitation from her office friend Jessie to a music mogul’s house in the country, hoping for a fun, relaxing getaway. But a weird tension settles over the houseguests—a glamorous crowd that includes the famously thin supermodel Devon Barr. An impending snowstorm only adds to the unease. So when Devon’s lifeless body is found in her bed, Bailey immediately suspects foul play: she can’t stop thinking of the day before, when a frightened Devon shivered in the woods and pleaded, “I have to get out of here. . . . It’s not safe for me.” When Bailey starts to nose around, she finds herself a moving target—running closer to the truth and straight into danger. With her trademark irreverent wit, Bailey is a heroine who keeps us laughing while on the edge of our seats. New and longtime fans alike will devour this eagerly awaited mystery.

PW says ” While the prose can be more kitsch than clever in this fast-paced, insider look at the seedy underworld of fame, series fans and readers who love tabloid drama will be enthralled. ”

The description doesn’t really match the cover which seems to suggest a darker novel. 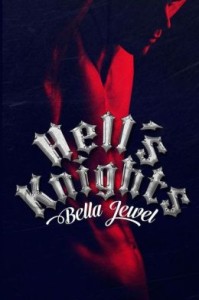 Sex. Who really knows sex? I mean, we’ve all had sex, great sex even but when you get down to the details, how many of us actually see sex for the raw, primal act that it is?
I thought I knew sex. I’ve had sex. Heck, I’ve felt lust. Once, I’ve even felt love. I thought I knew exactly what sex was.

Until I met Cade.

He’s the meaning of sex.

My world is about to change, for the better? I don’t know. But here’s my story, I hope you’re ready for it because it’s not the beautiful, heart wrenching story most people have to tell. It’s passionate, forbidden, morally incorrect and downright, fucking beautiful.

I tried this and couldn’t get into it. There was a mix of writing issues and grammatical issues. Not sure if those have been fixed.