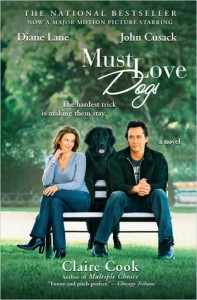 Must Love Dogs by Claire Cook. $ Free at Amazon

Forty-year-old preschool teacher Sarah Hurlihy thought she’d set herself up for a great life. She’d married the man she loved. They bought a house, decorated it, and then sat, looking at each other, trying to remember why they’d gotten married in the first place. But Sarah didn’t have to wonder for long; her husband took up with a younger woman, sounding the death knell for their marriage, and propelling Sarah back into singlehood — at the same time as her newly widowed father.

Thrown unwillingly into the suburban dating pool alongside her dad, Sarah is ambivalent about the whole process, despite her ticking clock and thoughts that she might enjoy a child of her own. But Sarah’s large, loving Irish clan comes to her rescue — her married sister placing a personal ad in her name and regularly monitoring Sarah’s dating progress; and her brother, Michael, helps her feel lovable when he seeks out her comfort and advice while riding out his own rocky marriage.

In Must Love Dogs, Claire Cook ably captures the pitfalls of the midlife singles’ scene, with a generous dose of humor and a heaping portion of characters who know better than to take themselves too seriously.

I’ve featured this book before but I don’t believe it was free at the time. I bought it for 99c. It does not appear to be at any other retailer at this time. 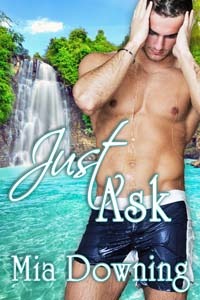 When business mogul Jordan Hill inherits half of Bendura Island Resort, a posh vacation destination in the Fiji Islands, the will demands he release his half uncle’s ashes somewhere on the island and that he indulge in a real vacation before he sells. As Jordan is reeling with grief and under good circumstances doesn’t do vacations, especially if they include horses and looming volcanoes, he finds himself on uneven footing. The footing turns treacherous as Jordan realizes, for the first time in his life, he’s attracted to a man–his new business partner.

For resort entrepreneur Ryan McCale, Bendura Island is a dream come true as well as his livelihood. He was warned Jordan would try to sell sight unseen, and after meeting him, there’s no doubt the business shark has dollar signs in his eyes. But there’s also vulnerability and desire in that chocolate gaze. Suddenly, Ryan’s looking forward to showing Jordan the delights of the island and hoping to convince his new partner Bendura could be his dream, too.

This book does not appear to be available outside Amazon. It was published by Wild Rose Press on November 16, 2o12. There aren’t many negative reviews for the book but the one three star review I saw on goodreads said that the reviewer didn’t click with the book but she did think it was well written. 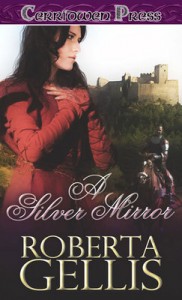 Book 4 in the Royal Dynasty series.
Alphonse d’Aix gave his tourney prize of a silver mirror to a lonely little girl. Since her affairs were also left by her father in Alphonse’s hands, Barbara was quite sure he was the man chosen to be her husband. Alphonse was too kind to laugh at an awkward, unhappy thirteen-year-old, but he made it clear that she was not his chosen.

By the time Barbara returned to France, fleeing the unwanted attentions of Guy de Montfort, Alphonse had long regretted his refusal. His immediate proposal of marriage is swiftly accepted. Barbara had hidden her pain but never recovered from her first love. Still, thinking about Aphonse’s past life, Barbara decides a semblance of coldness will be necessary to hold his attention.

However, Guy de Montfort had not forgotten Barbara’s refusal, and was determined out of spite to have her, even if it meant killing Alphonse. But Guy’s attacks drive Barbara and Alphonse into the hands of the rebellious Welsh, and amid the tension and terror of freeing Prince Edward from de Montfort’s prison, their true love is exposed.

The headstrong and beautiful daughter of an English earl, Lady Barbara fights to unite her family divided by a wicked war. But she also struggles with a deep secret–a yearning for the man who first aroused her passions. The notorious Alphonse, the illegitimate son of a French lord, will risk his life to win Lady Barbara’s heart.

There are several Gellis books that are low priced including: 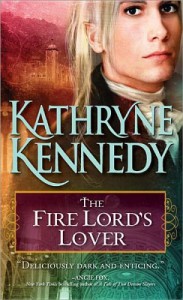 If his powers are discovered, his father will destroy him…

In a magical land ruled by ruthless Elven lords, the Fire Lord’s son Dominic Raikes plays a deadly game to conceal his growing might from his malevolent father—until his arranged bride awakens in him passions he thought he had buried forever…

Unless his fiancée kills him first…

Lady Cassandra has been raised in outward purity and innocence, while secretly being trained as an assassin. Her mission is to bring down the Elven Lord and his champion son. But when she gets to court she discovers that nothing is what it seems, least of all the man she married…

Then Dominic and Cassandra together uncover an unspeakable evil, one that threatens the destruction of the magical realm they would give their souls to save…

This book has been discounted before so make sure you check your records to see if you have already purchased it. 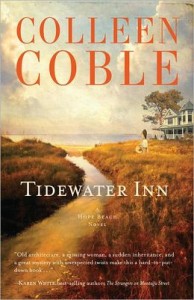 Welcome to Hope Beach. A place of intoxicating beauty . . . where trouble hits with the force of a hurricane.

Inheriting a beautiful old hotel on the Outer Banks could be a dream come true for Libby. The inn cries out for her restorer’s talent and love of history. She’s delighted to learn of the family she never knew she had. And the handsome Coast Guard lieutenant she’s met there on the island could definitely be the man of her dreams.

But Libby soon realizes that the only way she can afford the upkeep on the inn is to sell it to developers who are stalking the island. The father who willed her the inn has died before she could meet him, and her newfound brother and sister are convinced she’s there to steal their birthright. Worst of all, her best friend and business partner has been kidnapped before her eyes, and Libby’s under suspicion for the crime.

Libby’s dream come true is becoming a nightmare. Her only option is to find her friend and prove her innocence, or lose everything on the shores of Hope Island.