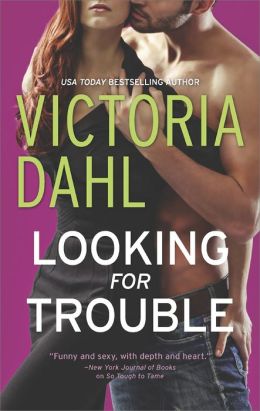 Looking for Trouble by Victoria Dahl. $ 1.99

A good reason to be bad?
Librarian Sophie Heyer has walked the straight and narrow her entire life to make up for her mother’s mistakes. But in tiny Jackson Hole, Wyoming, juicy gossip doesn’t just fade away. Falling hard for the sexiest biker who’s ever ridden into town would undo everything she’s worked for. And to add insult to injury, the alluring stranger is none other than Alex Bishop—the son of the man Sophie’s mother abandoned her family for. He may be temptation on wheels, but Sophie’s not looking for trouble!

Maybe Sophie’s buttoned-up facade fools some, but Alex knows a naughty smile when he sees one. Despite their parents’ checkered pasts, he’s willing to take some risks to find out the truth about the town librarian. He figures a little fling might be just the ticket to get his mind off his own family drama. But what he finds underneath Sophie’s prim demeanor might change his world in ways he never expected.

Worthy buying at this price but some people struggled with the portrayal of mental illness in the story.

“The other reviews of this book mention the sex as hot but confusing and I agree. Sophie, the subject of such onerous abuse in her hometown, dresses like the stereotypical puritan with modest clothes and hairstyles. She lives a quiet life yet no matter what she does, there are those who call her a whore, just like her mother.

In the bedroom, Sophie enjoys being called the same thing. Given her past and the way she lived her outside life, I would have liked some internal monologue on this subject. Alex’s immediate assumption of Sophie’s sexual preferences (good thing he guessed right) was also a little convenient. It reminded me of another book where the hero said that he was able to smell the heroine’s submissiveness.” 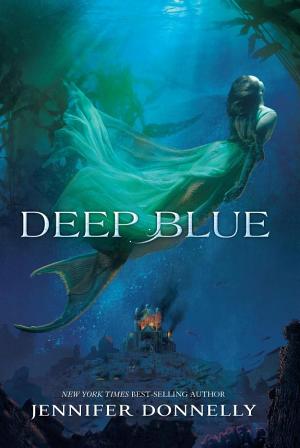 Deep in the ocean, in a world not so different from our own, live the merpeople. Their communities are spread throughout the oceans, seas, and freshwaters all over the globe. When Serafina, a mermaid of the Mediterranean Sea, awakens on the morning of her betrothal, her biggest worry should be winning the love of handsome Prince Mahdi. And yet Sera finds herself haunted by strange dreams that foretell the return of an ancient evil. Her dark premonitions are confirmed when an assassin’s arrow poisons Sera’s mother. Now, Serafina must embark on a quest to find the assassin’s master and prevent a war between the Mer nations. Led only by her shadowy dreams, Sera searches for five other mermaid heroines who are scattered across the six seas. Together, they will form an unbreakable bond of sisterhood and uncover a conspiracy that threatens their world’s very existence.

This is a YA series launched by Disney. You can read more about it here at PW. “A venture that spans various creative groups across DPW, the four-book saga will debut with Deep Blue on May 6, along with an enhanced e-book edition that includes promotional video content and an original song commissioned by the company’s Hollywood Records. Deep Blue will be published simultaneously in the U.K., Italy, and Spain, with yet-to-be-announced additional foreign editions to follow in late 2014 and early 2015, and an audio book recorded by The X-Factor finalist Bea Miller will be released by Listening Library.”

Book 2 is soon to be released. Kasey Lane is having a bad week.

Her idea of success never involved losing her job, man, and apartment in 24-hours. Now, with nowhere to go and no way to pay for it anyway, Kasey decides it’s time for a fresh start, which means a new apartment, a new career, and…no men.

But as a magnet for ridiculousness and absurd brushes with the law, her start goes from fresh to stale in record time. It doesn’t help that Mr. Wrong keeps showing up during her adventures gone awry and taking over. Now, as Kasey plans her way to independence she has to decide if the only path to success is going it alone…or if maybe a partner in crime can make the journey sweeter.

This is the last day to get the book at this price. It’s sold as a sweet and funny romantic comedy that reminded one reader of the show “Friends.” From east to west and north to south, these British boys are having a blast in and out of the bedroom with the men of their dreams. They’re topping and bottoming from London to Cardiff, living out fantasies in the wildest fells and hooking up while serving HRH Queen Elizabeth II.

With passion and lust the name of the game, nothing is off limits. Throw in honed muscles, high-strength testosterone and an accent to die for and there is nothing they can’t do and no one they can’t get in this world or another.