Daily Deals: Medievals to Horrors for under $3 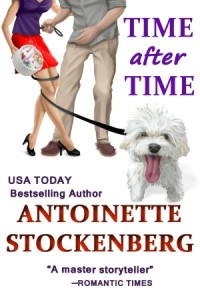 Time After Time by Antoinette Stockenberg . $ .99

USA TODAY bestselling author Antoinette Stockenberg spins a lighthearted modern tale of romance and intrigue with a touch of magic.

In Gilded Age Newport, an upstairs-downstairs romance between a well-born son and a humble maid is cut short of marriage. A hundred years later, the descendants of that ill-fated union seem destined to repeat history.

Liz Coppersmith, a party planner, hopes to move beyond kids’ parties at Chuck E. Cheese to planning premier events among the upper crust in Newport, Rhode Island. Her first upscale client is confirmed bachelor Jack Eastman, a party pooper who’s struggling to keep the family empire afloat and would be just fine with Chuck E. Cheese.

Jack is also juggling an untrained puppy, two illegitimate toddlers, a runaway mother and an aging Casanova father. But it’s not all sweetness and light for Liz, either: she finds herself in the middle of an historic mystery, with an amnesiac friend, a thief on the loose and a recurring apparition that may or may not be her imagination.

I’m not a big fan of stories with ghosts in them (although I am enjoying Liesl and Po with the tot which is all about ghosts and the great beyond) so this isn’t a book that interests me. However, it has fairly decent reviews both at Amazon and BN. Many reviewers said it was an easy read. 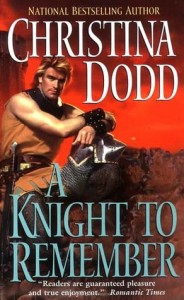 A Knight to Remember by Christina Dodd. $ .99

His Power Matched her Pride

Fallen from grace and sheltered in a convent, Lady Edlyn is a skilled herbalist forced to secretly tend the wounds of Hugh de Florisoun. A knight renowned for his prowess on the battlefield and in the bedchamber, Hugh is a man who is no stranger to Edlyn’s heart.

Using the healing magic of herbs and the power of remembered love, Edlyn saves the warrior life. Now Hugh claims this brazen beauty for his own. But Edlyn, cynical in the ways of men, denies him—even as her flesh burns with unaccustomed fire. Passion becomes their battleground with no mercy given…in a bold age when danger and desire go hand in hand.

This was originally published in 1996 back in the day when everyone who was anyone in romance was writing medievals. I don’t recall this book but I remember the tropes of the period which usually had a headstrong heroine and a jerk of a hero who never wants love. 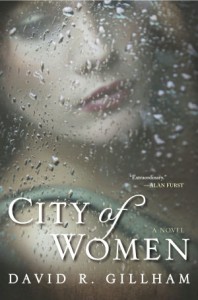 Whom do you trust, whom do you love, and who can be saved?

It is 1943—the height of the Second World War—and Berlin has essentially become a city of women.
Sigrid Schröder is, for all intents and purposes, the model German soldier’s wife: She goes to work every day, does as much with her rations as she can, and dutifully cares for her meddling mother-in-law, all the while ignoring the horrific immoralities of the regime. But behind this façade is an entirely different Sigrid, a woman who dreams of her former lover, now lost in the chaos of the war. Her lover is a Jew.

But Sigrid is not the only one with secrets.

A high ranking SS officer and his family move down the hall and Sigrid finds herself pulled into their orbit. A young woman doing her duty-year is out of excuses before Sigrid can even ask her any questions. And then there’s the blind man selling pencils on the corner, whose eyes Sigrid can feel following her from behind the darkness of his goggles.

Soon Sigrid is embroiled in a world she knew nothing about, and as her eyes open to the reality around her, the carefully constructed fortress of solitude she has built over the years begins to collapse. She must choose to act on what is right and what is wrong, and what falls somewhere in the shadows between the two.
In this page-turning novel, David Gillham explores what happens to ordinary people thrust into extraordinary times, and how the choices they make can be the difference between life and death.

This book received stellar reviews from both Kirkus and PW for presenting a moving morality tale set in WWII. 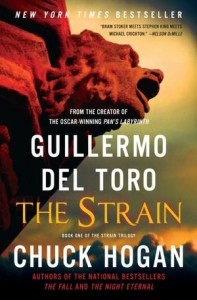 At New York’s JFK Airport, an arriving Boeing 777 taxiing along a runway suddenly stops dead. All the shades have been drawn, all communication channels have mysteriously gone quiet. Dr. Eph Goodweather, head of a CDC rapid-response team investigating biological threats, boards the darkened plane—?and what he finds makes his blood run cold.

A terrifying contagion has come to the unsuspecting city, an unstoppable plague that will spread like all-consuming wildfire—?lethal, merciless, hungry . . . vampiric. And in a pawnshop in Spanish Harlem, an aged Holocaust survivor knows that the war he has been dreading his entire life is finally here.

In one week, Manhattan will be gone. In one month, the country. In two months . . . the world.

It’s vampires instead of zombies but it sounds like essentially the same story. Reviews say that the action scenes are great but the plot falls apart if you think about the story.

→ Jane
Previous article: REVIEW: Love Left Behind by S.H. Kolee
Next Post: Monday News: Johnny Depp gets his own imprint; ISPs and Copyright megaliths create their own enforcement center; Apple loses in the UK