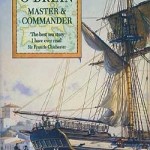 Master and Commander by Patrick O’Brien. $3.99
The Temeraire series by Naomi Novik are inspired by Novik’s love for the famous Patrick O’Brien series featuring Jack Aubrey and Dr. Stephen Maturin. The first in this series is Master and Commander. Some of the earliest slash fiction was written about Aubrey and Maturin, maybe even some of it penned by Novik herself. Google has discounted this series in its Play store. Amazon has matched it.  Google’s ePubs are compatible with all other ePub devices including Sony and Nook devices.

The beginning to the sweeping Aubrey/Maturin series. “The best sea story I have ever read.”—Sir Francis Chichester

This, the first in the splendid series of Jack Aubrey novels, establishes the friendship between Captain Aubrey, R.N., and Stephen Maturin, ship’s surgeon and intelligence agent, against a thrilling backdrop of the Napoleonic wars. Details of a life aboard a man-of-war are faultlessly rendered: the conversational idiom of the officers in the ward room and the men on the lower deck, the food, the floggings, the mysteries of the wind and the rigging, and the roar of broadsides as the great ships close in battle. 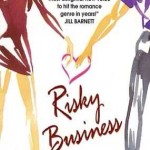 Risky Business by Suzanne Macpherson. $0.99
This was originally released in 2009 and had to be one of the last cartoon cover books that came into vogue in the early 2000s during the height of the chick lit era and then quickly fell out of favor. The blurb is why I choose to highlight this title over the several other Macpherson books selling at $.99. An insurance salesman hero and a six foot tall super model? This is as unlikely pairing you’ll ever find in romance.

Tom Riley sells insurance policies while privately daydreaming about being a private detective. With fantasies much livelier than his real life, into his life walks Marla Meyers, a six–foot tall semi–supermodel. Accident–prone Marla has been ordered to get insurance for her face after she tripped into a dress dummy and got a black eye. Before she can collect on the policy, Tom must watch Marla’s face for the next 30 days. 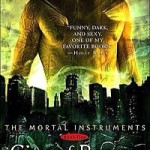 My first thought when I saw this deal was that it was a great bargain. My second thought was, wait, isn’t she accused of plagiarism as well as assorted other nefarious activities? Yes, it was the same Clare and her exploits are recorded here at Fan History wiki page. I figured the best way to balance the good deal with the past bad acts would be to post the link to the wiki page. You can do with that information what you will.

When fifteen-year-old Clary Fray heads out to the Pandemonium Club in New York City, she hardly expects to witness a murder — much less a murder committed by three teenagers covered with strange tattoos and brandishing bizarre weapons. Then the body disappears into thin air. It’s hard to call the police when the murderers are invisible to everyone else and when there is nothing — not even a smear of blood — to show that a boy has died. Or was he a boy?

This is Clary’s first meeting with the Shadowhunters, warriors dedicated to ridding the earth of demons. It’s also her first encounter with Jace, a Shadowhunter who looks a little like an angel and acts a lot like a jerk. Within twenty-four hours Clary is pulled into Jace’s world with a vengeance, when her mother disappears and Clary herself is attacked by a demon. But why would demons be interested in ordinary mundanes like Clary and her mother? And how did Clary suddenly get the Sight? The Shadowhunters would like to know. . . .

Exotic and gritty, exhilarating and utterly gripping, Cassandra Clare’s ferociously entertaining fantasy takes readers on a wild ride that they will never want to end. 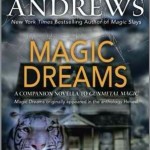 This isn’t really a specially priced deal. Magic Dreams is a novella that was originally published in a collected called Hexed but it is a lovely story involving a near blind vegan shapeshifter with a bad ass head of Pack security. I absolutely adore the pairing of Dali and Jim and the Asian mythology infused into this short story. The entire romance is well contained but leaves you wanting more glimpses of Dali and Jim in future Andrews’ stories.

Alpha Pack leader Jim Shrapshire has always been the strong, silent type. But something has come over him–a magic force currently residing in one of the Pack’s headquarters. Were-tigress Dali Harimau has always wished she could get Jim’s attention–but now he needs her help.

Stricken with a magic-sickness, Jim needs Dali’s flair for magic. And to save him, she must challenge a powerful, dark being to a battle of wits.

→ Jane
Previous article: REVIEW: The Other Soldier by Kathy Altman
Next Post: Using Belvedere to auto add purchases to Calibre