Daily Deals: Romance and a Dystopian YA 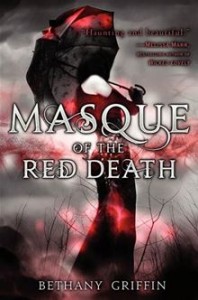 Masque of the Red Death by Bethany Griffin. $2.99.

Everything is in ruins.A devastating plague has decimated the population, and those who are left live in fear of catching it as the city crumbles around them.So what does Araby Worth have to live for? Nights in the Debauchery Club, beautiful dresses, glittery makeup . . . and tantalizing ways to forget it all.But in the depths of the club—in the depths of her own despair—Araby will find more than oblivion. She will find Will, the terribly handsome proprietor of the club, and Elliott, the wickedly smart aristocrat. Neither is what he seems. Both have secrets. Everyone does.And Araby may find not just something to live for, but something to fight for—no matter what it costs her.

There are a number of YA dystopians on sale. I suspect that publishers went on a buying spree after Hunger Games exploded and then realized that people just wanted to read Hunger Games and not necessarily an onslaught of dystopian novels. This book checks all those dystopian novels. Its the first in a series. It has a cliffhanger ending. It has a love triangle. What makes this interesting is that the female protagonist is essentially a drug addict. Jia didn’t think much of it, giving it a D:

But my biggest complaint about the book has to do with its execution. While I really did like the dark, gloomy feel of it, many aspects did not ring true. Like many other people, Araby goes to the Debauchery Club to forget her sorrows. For some people, this means having meaningless sex with strangers. For others, like Araby, this means getting high. Pretty edgy material, right?

Except it doesn’t read edgy. Nothing about how the club is portrayed is believable or authentic. Araby is constantly getting high but her drug trips never actually read like drug trips. She was always passing out or falling asleep. That’s not getting high. That’s being sedated or getting roofied, neither of which I think is the intention. 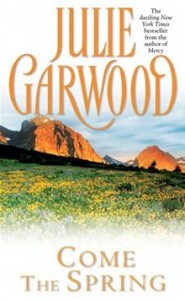 Julie Garwood triumphed with her phenomenal For the Roses and her #1 New York Times bestselling trio of novels, One Pink Rose, One White Rose and One Red Rose. Now, she brings her irresistible and heartwarming wit to a delightful new love story featuring the unforgettable frontier family, the Claybornes of Blue Belle, Montana.
Cole Clayborne had always walked a dark path and flirted with a life of crime. While his three brothers chose to settle into married life, Cole rebelliously refused to be tied down. Now, an elusive stranger draws him into a shadowy chase that will bring unexpected turns to his uncertain future — and may determine which side of the law the restless Cole favors.

A tragic, heartbreaking loss drives U.S. Marshal Daniel Ryan on a quest for vengeance — and leads him to a beautiful young woman, the sole witness to a terrible crime. But the lawman finds that love is the greatest trial of all as he unwittingly draws her into the line of fire. The power and drama of their blossoming passion, entwined with the surprising destiny of the wayward Cole, make Come the Spring a superbly entertaining adventure inside the heart of “a family whose love and loyalty will truly inspire” (Romantic Times)

Even though I am profiling this book for the deals, I have to share that this is one of my least favorite Garwood books. Cole’s story was hotly anticipated and maybe because of the anticipation, the book failed for me big time. I’ve re-read many of Garwood’s novels but this one never makes the cut. That said, others have enjoyed it and it is a very good deal. 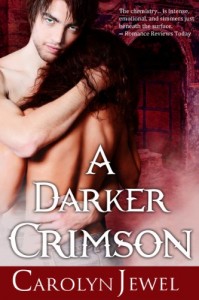 Just another day on the job for Officer Claudia Donovan of the Crimson City police department. Two guys dead in what looks like a paranormal kill, and now she has to deal with Tiberiu Korzha, a vampire who leads a notorious criminal enterprise. When demons kidnap her and her daughter, they work dark magic on her to enable her to open the long-closed portal to the demon world. After a dark demon bonds with her, her only hope for survival may well be Korzha.

Tiberiu Korzha has little use for humans until he’s trapped in the demon world with Claudia Donovan, the one human woman he’s tempted to bite. His puts his private deal with the demons on the line in order to help her rescue her daughter. Can he and Claudia survive the dangerous demons who’ll do anything to escape into Crimson City?

I am skipping books 2 and 3 because they are 7.99 and 4.99 respectively and those are no deals. The Marjorie Liu book is owned by Avon (they purchased Liu’s books from Dorchester along with a few other authors). Here is the list, in order: 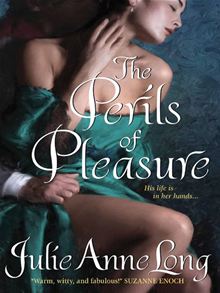 Scandal has rocked the city of London. Colin Eversea, a handsome, reckless unapologetic rogue is sentenced to hang for murder and, inconveniently for him, the only witness to the crime disappears. Then again, throughout history, the Everseas have always managed to cheat fate in style: Colin is snatched from the gallows by a beautiful, clever mercenary.

Cool-headed, daring Madeleine Greenway is immune to Colin’s vaunted charm. Her mission is not to rescue Colin but to kidnap him, and to be paid handsomely for it. But when it becomes clear that whoever wants Colin alive wants Madeline dead, the two become uneasy allies in a deadly race for truth. Together, they’ll face great danger—and a passion neither can resist.

This is the first book in the Pennyroyal Green series. Janine wrote the 2008 review of the book.

In this case, plot, heroine and language all felt fresh and new, which is why it is frustrating that the book did not fire me into the stratosphere as a couple of your others have. Perhaps the challenge for authors is one of high expectations. Unfair is it may be, the truth is that the more you blow me away with one book, the harder it becomes for the next book to please me. Despite that, I still enjoyed The Perils of Pleasure, and I believe that other readers will, too. B.

Let me note that if Long doesn’t write about the main couple soon, I may give up on the series. This endless dragging out of a story between two of the eldest competing families is wearing my joy of the series down.