Daily Deals: Contemporary Romance, YA, and a Memoir 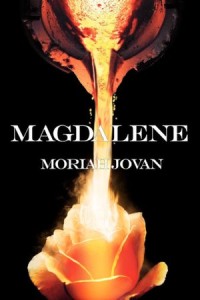 Mitch, the widowed bishop of a Mormon congregation, falls in love with Cassie, the woman hired to restructure his steel mill. Meanwhile, a man in Mitch’s congregation plots to take over the position of bishop using Cassie’s past profession as a prostitute as his weapon.

A Mormon bishop.
An ex-prostitute.
A man with a vendetta.
Let the games begin…

Moriah is a long time commenter here at Dear Author and a long time publisher of her own works. I’ve been a bit intimidated by the length of her books but I wanted to post the deal because Moriah’s book has caught the attention of traditional publishing. She received a starred review from PW. Her self published books might not be self published forever.

When I initially perused Moriah’s books, I was deterred because I thought I was reading a love story with a priest and I might be the only one for whom Thornbirds doesn’t work.  But a Mormon bishop is really the equivalent of a deacon or pastor in another church. (I admit to knowing very little about the Mormon religion). I also thought the PW review did a better job of explaining the book than the blurb. 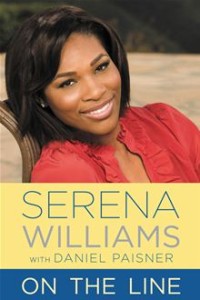 One of the biggest stars in tennis, Serena Williams has captured every major title. Her 2009 Australia Open championship earned her the #1 world ranking for the third time in her illustrious career – and marked only the latest exclamation point on a life well and purposefully lived. As a young girl, Serena began training with an adult-sized racquet that was almost as big as her. Rather than dropping the racquet, Serena saw it as a challenge to overcome-and she has confronted every obstacle on her path to success with the same unflagging spirit. From growing up in the tough, hardscrabble neighborhood of Compton, California, to being trained by her father on public tennis courts littered with broken glass and drug paraphernalia, to becoming the top women’s player in the world, Serena has proven to be an inspiration to her legions of fans both young and old. Her accomplishments have not been without struggle: being derailed by injury, devastated by the tragic shooting of her older sister, and criticized for her unorthodox approach to tennis. Yet somehow, Serena always manages to prevail. Both on the court and off, she’s applied the strength and determination that helped her to become a champion to successful pursuits in philanthropy, fashion, television and film. In this compelling and poignant memoir, Serena takes an empowering look at her extraordinary life and what is still to come.

Too dry and not very introspective say the reviews. Expect more of a factual summary of her upbringing and her path to success. 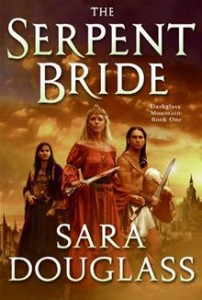 Sara Douglass has won legions of fans around the world for her epic tales of sorcery, forbidden love, and heart-pounding action. Now, with the DarkGlass Mountain saga, she reveals her biggest adventure yet.

Rescued from unspeakable horror, Ishbel Brunelle has devoted her life to a Serpent cult that reads the future in the entrails of its human sacrifices. But the Serpent has larger plans for Ishbel than merely being archpriestess, plans that call for a dangerous royal marriage balancing on the edge between treachery and devotion, and an eerie, eldritch warning: Prepare for the Lord of Elcho Falling . . .

And there are other dangers. For while Tencendor is gone, even its fall cannot destroy the Icarii. As the Tyrant of Isembaard reaches for glory, both StarDrifter SunSoar and his son, Axis, are pulled into the deadly dance of intrigue and sorcery. The DarkGlass Mountain—once known as the Threshold—is waiting, and as the Dark God Kanubai rises from his prison in exile, no one will escape unscathed.

This is book one in the DarkGlass Mountain series although the most helpful review suggests it is just a continuation of the Wayfarer series “Seems like old times, eh? Axis and StarDrifter together again, the weird, somewhat icky SunSoar affinity for intrafamily sex, the overarching plots that no one seems to understand or be able to explain to those necessary to their success, but are somehow meant to save the world from complete annihilation… We’re back!!! Notwithstanding that somewhat sarcastic introduction, I really enjoyed this book because, well, I really enjoyed The Wayfarer Redemption, despite its flaws. Fortunately, The Serpent Bride contains the same beautiful scenery, rich descriptions of magic and nature and great character development. Unfortunately, it also contains some of the same flaws that plagued the foundation stories.” 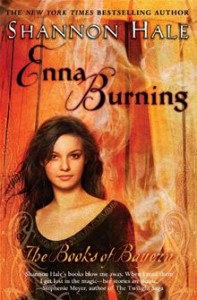 The Books of Bayern Series by Shannon Hale. $1.99.

Anidori-Kiladra Talianna Isilee, Crown Princess of Kildenree, spends the first years of her life under her aunt’s guidance learning to communicate with animals. As she grows up Ani develops the skills of animal speech, but is never comfortable speaking with people, so when her silver-tongued lady-in-waiting leads a mutiny during Ani’s journey to be married in a foreign land, Ani is helpless and cannot persuade anyone to assist her. Becoming a goose girl for the king, Ani eventually uses her own special, nearly magical powers to find her way to her true destiny. Shannon Hale has woven an incredible, original and magical tale of a girl who must find her own unusual talents before she can become queen of the people she has made her own.

When her mother dies, Enna leaves the city and her friends to move back home with her brother, Leifer. She thought life would be simpler and more manageable in the forest. But Enna’s was not meant to be a simple life, and when Leifer brings home a mysterious piece of vellum and starts setting fires-without a spark, without flint-something seems wrong. Enna cannot decide if that something is a power she wants for herself, or if it’s a power that should be extinguished forever. And when her country, Bayern, goes to war, that choice becomes unbearable as her friendships are tested and her sense of self nearly lost in the fires she creates. Ultimately Enna and her best friend, Isi, take a nearly impossible journey in search of a cure for the war around them-and for the wars within themselves.

With subtle, timely undertones about peacekeeping, this is the story of the young warrior, Razo, who goes with a Bayern delegation to keep the peace with neighboring country, Tira. Characters from the previous books, Isi, Enna and Finn play major roles in Razo’s coming of age, as Razo grows into a spy and a warrior and learns to value himself as both.

Rin, Razo’s little sister, is haunted by the Forest she has always loved. When Razo invites her back to the city to be one of Queen Ani’s waiting women, she happily accepts…only to end up on the adventure of her lifetime, following the queen, Enna, and Dasha into the countryside in search of a fire-starting enemy that no one can see. As she learns more about the three women’s magical talents, she finds her own strength comes from places both expected–trees–and unexpected–the sound of her own voice. A brilliant addition to the Books of Bayern, this book is a treat for fans of this series, and stands alone for readers who might be discovering the joys of Shannon Hale’s writing for the first time.

This is an Amazon only deal for the day but given the full throated recommendation of Shannon Hale’s books I thought the readership would be interested in a headsup. The four books in the series are as follows:

The Books of Bayern Series: