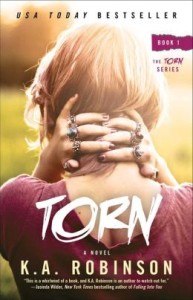 Two people with battered souls are thrust together unexpectedly, leaving a profound impact on each other’s lives.

Chloe hasn’t had the easiest childhood. With a mother who was absent most of the time, she practically had to raise herself. Determined to start a new life and leave her demons behind, she heads to West Virginia University with her best friends Amber and Logan. On the first day of classes, she spots a student who takes her breath away. Drake is a pierced, tattooed bad boy, and no matter how hard she tries to fight it, he’s all she can think about.

Drake has never cared about anyone other than himself, but when Chloe grabs the empty seat next to him in class, he is instantly drawn to her. Drake is left wondering whether this girl can take his cold, womanizing heart and alter him forever.

Developing feelings for each other was never a part of their plan, and when it happens, things do anything but fall into place. Long-hidden emotions are revealed and friendships are tested to the brink as Chloe and Drake become helplessly entwined in each other’s love.

The first two books in this series – Torn and Twisted – are on sale for $1.99 each. Has anyone read it? The three star reviews were conflicted and focused on three things – Chloe, cheating, and the love triangle. 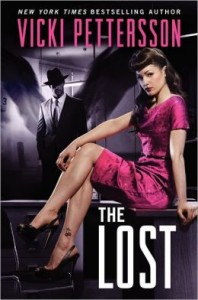 Griffin Shaw and his wife were both murdered fifty years ago. Nowa minor angel, Grif’s been granted permission to solve the mysteryof his own death . . . if he helps the Pure angels guide those soulswho might otherwise be Lost.

Souls like Jeap Yang, a drug addict in his final moments of life.Grif knows that death is coming, but he cannot intervene. However,Grif’s mortal lover, reporter Katherine “Kit” Craig, isn’t constrainedby angelic protocol. If she can stop a death, she will.

But as Kit is about to find out, there are things more traumaticand evil than murder. A strange new drug is literally eating tweakers’flesh from their bones, and Kit’s crusade to get it off the streets is set topropel her and Grif into a battle with a vicious drug cartel. They’ll haveto scramble to stay alive, stay together, and choose their own fate . . .before it’s chosen for them.

Sure it’s book 2 but at some point, book 1 will be on sale for .99 and you’ll have book 2 tucked away. At least that’s how my brain works. 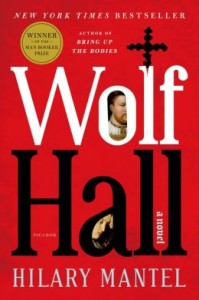 England in the 1520s is a heartbeat from disaster. If the king dies without a male heir, the country could be destroyed by civil war. Henry VIII wants to annul his marriage of twenty years and marry Anne Boleyn. The pope and most of Europe opposes him. Into this impasse steps Thomas Cromwell: a wholly original man, a charmer and a bully, both idealist and opportunist, astute in reading people, and implacable in his ambition. But Henry is volatile: one day tender, one day murderous. Cromwell helps him break the opposition, but what will be the price of his triumph?

In a continuation with how my brain works, my internal decision maker is telling me to buy this book because even though I’m not likely to read it, someday, when I’m like 70 and retired and doing nothing with my life but sitting in my rocker drinking sweet tea, I’ll have this book and I’ll be able to tick one more book off my bucket list. (The bucket is more like a well at this point. An endless, cavernous well). 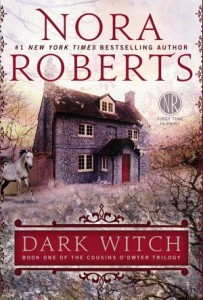 Overview
First in the all-new Cousins O’Dwyer Trilogy
From #1 New York Times bestselling author Nora Roberts comes a trilogy about the land we’re drawn to, the family we learn to cherish, and the people we long to love?

With indifferent parents, Iona Sheehan grew up craving devotion and acceptance. From her maternal grandmother, she learned where to find both: a land of lush forests, dazzling lakes, and centuries-old legends.

County Mayo, to be exact. Where her ancestors’ blood and magic have flowed through generations—and where her destiny awaits.

Google is being really aggressive in discounting right now. Go Google. This book was on sale before for 3.99 or something like that.