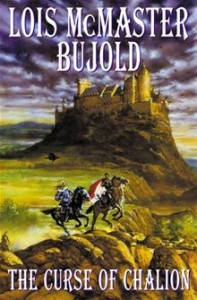 The Curse of Chalion by Lois McMaster Bujold. $ .99

A man broken in body and spirit, Cazaril returns to the noble household he once served as page and is named secretary-tutor to the beautiful, strong-willed sister of the impetuous boy who is next in line to rule. It is an assignment Cazaril dreads, for it must ultimately lead him to the place he most fears: the royal court of Cardegoss, where the powerful enemies who once placed him in chains now occupy lofty positions.

But it is more than the traitorous intrigues of villains that threaten Cazaril and the Royesse Iselle here, for a sinister curse hangs like a sword over the entire blighted House of Chalion. And only by employing the darkest, most forbidden of magics can Cazaril hope to protect his royal charge — an act that will mark him as a tool of the miraculous . . . and trap him in a lethal maze of demonic paradox.

From the Library Journal ” The author of the “Vorkosigan” series of dynastic sf turns her hand as competently and engagingly to the fantasy genre in a tale of quiet heroism and self-sacrifice. Compelling characters and richly detailed world building make this a strong addition to fantasy collections. “ 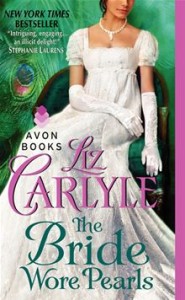 Beneath the elegant façade of Victorian high society, the mysterious men of the St. James Society play only by rules of danger and desire.

Rance Welham, the Earl of Lazonby, has survived scandal and disgrace, even evading the Queen’s justice at the end of a hangman’s rope. Now he’s about to gamble everything on something far more dangerous—desire.

An exotic and elegant beauty, Lady Anisha Stafford fled her native India to seek refuge within London’s secretive St. James Society. But accepting protection from someone called a cold-hearted killer is a double-edged sword . . . especially when he’s the most intriguing man Anisha has ever laid eyes upon.

In a world where treachery abounds, no one can be trusted—and no true passion can be denied. Together, these two tempestuous souls will risk their lives for a love that could redeem them . . . or destroy everything they hold dear. 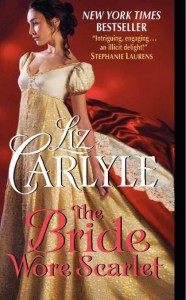 Passion and secrets simmer behind the elegant façade of Victorian London in another deliciously intriguing novel featuring the mysterious men of the St. James Society.

Anaïs de Rohan has faced danger in her past, but never anything so great as posing as the new bride to one of the St. James Society’s most magnetic—and ruthless—leaders. But Lord Bessett’s bold challenge to prove herself worthy of joining his secret all-male society is impossible to resist. So she daringly agrees to travel with the enigmatic nobleman on a dangerous mission to save one of their own—a little girl with a frightening gift.

Soon intrigue swirls about them, drawing them ever closer. And Anaïs quickly realizes that the intimacy of sharing Lord Bessett’s bedroom is proving a temptation impossible to resist. As for Bessett himself—well, he might be a soldier sworn to the Society, but he certainly isn’t anyone’s saint. . . . 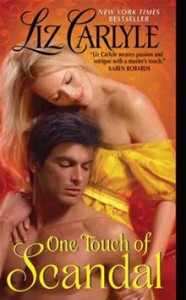 Against the glamorous backdrop of Victorian high society, Liz Carlyle paints a dramatic tale of dangerous desire, the first in her sizzling new trilogy.

All Grace Gauthier ever wanted was the security of a good marriage, family, and home. Instead, despised by her aristocratic father’s family because of her mother’s foreign birth, she’s taken a “safe” position as a governess. Now, unprotected and alone in London, accused of the shocking murder of her employer, she has no one to turn to except the mysterious—and possibly dangerous—Lord Ruthveyn.

A dark-eyed Lucifer, Ruthveyn guards his secrets carefully. His shadowed past is a source of pain and rumors—only whispered. Grace’s plight—which echoes his own—moves him, as does her quiet beauty. Ruthveyn is determined to save Grace by unmasking a killer. But his growing passion places his own heart at risk and threatens to expose his dark gifts to the world. 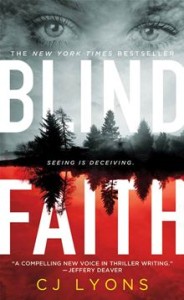 Sarah Durandt knows the killer is dead. She watched him die from a lethal injection in the execution chamber. But Sarah finds little comfort in knowing that the deranged psychopath who murdered her husband and son will never kill again. Since he never revealed the location of their bodies, she never found a sense of closure. So now, Sarah has decided to return to her home in the Adirondacks, to search for whatever remains of her loved ones. An unmarked grave. An article of clothing. Anything to make this terrible dream seem real. But what Sarah uncovers is far more unnerving—and much too horrifying—to even consider…

Maybe they executed the wrong man. Maybe the killer is still out there.

Maybe, for Sarah, the nightmare is just beginning.

I believe that this book was originally self published. The goodreads reviews are all over the place from one stars for the author telling instead of showing to five stars for a great balance of suspense and romance. Another review said the plot was very complicated. 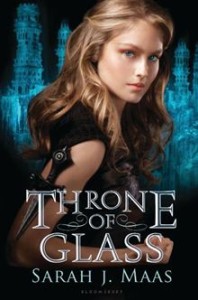 After serving out a year of hard labor in the salt mines of Endovier for her crimes, 18-year-old assassin Celaena Sardothien is dragged before the Crown Prince. Prince Dorian offers her her freedom on one condition: she must act as his champion in a competition to find a new royal assassin.

You can find the discounted ePub at Sony. This was marketed to reviewers as a teenage version of Game of Thrones. It has a love triangle, of course. But reviews indicate that the protagonist is very appealing and the fantasy world is not an all white cast.

→ Jane
Previous article: REVIEW: Return to Me by Justina Chen
Next Post: Podcast No. 42: Infidelity in Contemporaries and MM romance