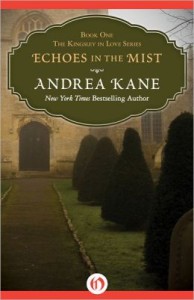 Overview
Is Trenton Kingsley’s long-awaited revenge about to be undone by love?
Six years in exile have given Trenton Kingsley time to perfect his plot for vengeance. But when capricious fate turns his dreams to dust, the tormented duke of Broddington devises an even better scheme. An eye for an eye, a sister for a father. And seduction be damned. By royal decree, he will take ownership of his rival’s most cherished possession: the fair, innocent Ariana. Ariana Caldwell has heard the tragic rumors since she was a child. Kingsley tore her family apart and now she’s being forced to become his wife. Furious at being tied to the man she detests above all others, Ariana isn’t prepared for the tender feelings her new husband arouses. Determined to uncover the truth of the family feud—no matter how shocking—she embarks on a search that could cost her everything, including the man who is slowly winning her heart.

One reviewer says “Ariana was driving me crazy and her brother was such a loser and it REALLY worked out well for them that there was that owl and the maid who saw the future.” 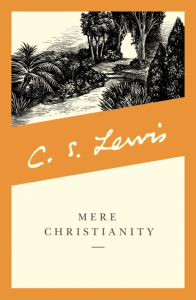 The most popular of C. S. Lewis’ works of nonfiction, Mere Christianity has sold several million copies worldwide. It brings together Lewis’ legendary broadcast talks of the war years, talks in which he set out simply to “explain and defend the belief that has been common to nearly all Christians at all times.” Rejecting the boundaries that divide Christianity’s many denominations, Lewis finds a common ground on which all Christians can stand together, and provides an unequaled opportunity for believers and nonbelievers alike to hear a powerful, rational case for their faith. It is a collection of scintillating brilliance that remains strikingly fresh and confirms C. S. Lewis’ reputation as one of the leading writers and thinkers of our age.

It is a non fiction classic. 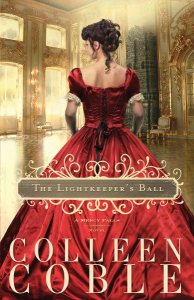 The Lightkeeper’s Ball by Colleen Coble. $ 2.99

At the elegant Mercy Falls masquerade ball, Olivia’s hidden identity will be revealed.

It is the dawn of a new century and Olivia Stewart is heiress to an empire. Her family numbers among the Four Hundred-those considered the wealthiest and most distinquished in America. Unfortunately their wealth has nearly disappeared, and now their security rests upon the Stewart daughters’ marrying well.

Olivia’s sister, Eleanor, was engaged to Harrison Bennett, one of the nation’s wealthiest men, but has since died. Now the pressure is on Olivia to take her place, despite her suspicions about Eleanor’s fiance. Using her family’s long-forgotten English title, Olivia travels to Mercy Falls, California, as Lady Devonworth, hoping to learn more before committing to marriage. There she finds that Eleanor’s death was no accident. And Harrison is not the man she thought he would be.

When Mercy Falls holds a charity masquerade ball?to raise funds for the new lighthouse, secrets-and truths long hidden-will be revealed. But can Harrison really love Olivia when he finds her true identity? Can she live with the repercussions of failing her family, or will she finally realize that nothing-not money, family, or romance-will ever compare to God’s unconditional love?

Library Journal says “Coble’s historical series (The Lightkeeper’s Daughter; The Lightkeeper’s Bride) just keeps getting better with each entry. Coble has a strong feel for the time period (in this case, 1910) and has scripted believable characters in suspenseful situations. Recommend the series to fans of T. Davis Bunn and Marta Perry. ” This is published by Thomas Nelson so it falls under the inspirational category. 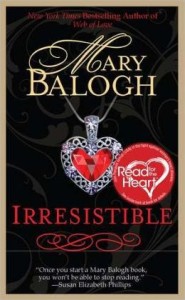 Sophie Armitage has never felt attractive to men. Even her late husband treated her more as a companion than a lover. But suddenly a longtime friendship turns into an irresistibly passionate affair. Mary Balogh is a “Romantic Times” Lifetime Achievement winner.

It’s a friends to lovers story! 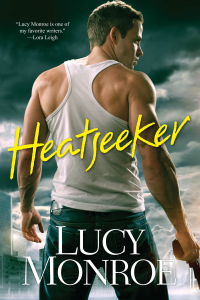 Always ready, always deadly. That’s the motto of the Atrati–a mercenary organization of black operatives who specialize in doing what no one else can.

A former sergeant in the Marine special forces, Kaden Marks dreams of one day having a family. But he’s haunted by the deeds of his past and won’t let anyone get close. Then a new mission comes his way. A fellow operative has had her cover blown–and it’s up to Kaden’s team to bring her out safely. What he doesn’t realize is that the beautiful but stubborn Rachel Gannon has no intention of letting herself be rescued. . .

Rachel will come out only when she can promise adequate protection for her unwitting informant. As a former DEA agent, Rachel still blames herself for her sister’s death–and is unwilling to let someone else get hurt because of her. But she hadn’t counted on falling for Kaden Marks, and falling hard. Now she must convince him to help her bring down the enemy’s entire organization–without risking the life of the man she’s come to love. . .

“Lucy Monroe is one of my favorite writers.” –Lora Leigh

Amazon discounts a number of Kensington books every week. Or it is possible that Kensington is discounting them and only Amazon is adopting it. I don’t know. It’s super frustrating but it is such a good deal that I wanted to include it.