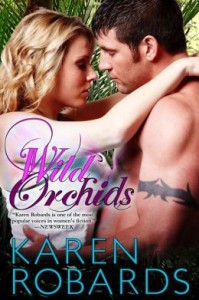 Prim mid-western schoolteacher Lora Harding is in for the summer vacation of her life when darkly handsome American Max Maxwell slides into her rented car in steamy Cancun, Mexico and orders her to “drive” at gunpoint. Max and his men break Americans out of Mexican jails for a living, but his latest job has gone horribly wrong and Max is on the run for his life. Kidnapping Lora, Max takes her on a heart-stopping adventure as he races to rejoin his men and get out of the country before the authorities can catch up to him. Feisty Lora fights him every step of the way, and in the midst of saving each other’s lives the two fall madly in love in this blistering novel of romantic suspense by the “mistress of sizzling sensuality” (Romantic Times).

WILD ORCHIDS is listed among Romantic Times’ Top 200 books since 1980.

I think I loved this book but I can’t remember so of course I bought it. 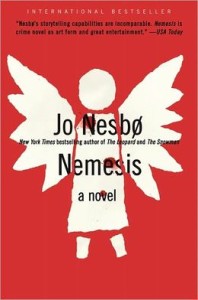 Gripping and surprising, Nemesis is a nail-biting thriller from one of the biggest stars in crime fiction.

Grainy closed-circuit television footage shows a man walking into an Oslo bank and putting a gun to a cashier’s head. He tells the young woman to count to twenty-five. When the robber doesn’t get his money in time, the cashier is executed, and two million Norwegian kroner disappear without a trace. Police Detective Harry Hole is assigned to the case.

While Hole’s girlfriend is away in Russia, an old flame decides to get in touch. Former girlfriend and struggling artist Anna Bethsen invites Hole to dinner, and he can’t resist a visit. But the evening ends in an all too familiar way as Hole awakens with a thundering headache, a missing cell phone, and no memory of the past twelve hours. That same morning, Anna is found shot dead in her bed. Hole begins to receive threatening e-mails. Is someone trying to frame him for this unexplained death? Meanwhile, the bank robberies continue with unparalleled savagery.

As the death toll continues to mount, Hole becomes a prime suspect in a criminal investigation led by his longtime adversary Tom Waaler and Waaler’s vigilante police force. Racing from the cool, autumnal streets of Oslo to the steaming villages of Brazil, Hole is determined to absolve himself of suspicion by uncovering all the information needed to crack both cases. But the ever-threatening Waaler is not finished with his old archenemy quite yet.

I bought this back in 2012 according to Amazon and I’m pretty sure I paid for $9.99 for it. Ned really enjoys these Swedish thrillers. 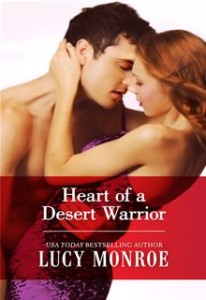 Stepping off his private jet in his designer suit, Sheikh Asad returns to his kingdom ready to secure his legacy. For beneath the starched white shirt beats the heart of a desert warrior!

Iris Carpenter barely recognizes the man standing before her. He’s more magnificent than he was six years ago and even more dangerous. Especially when the searing heat of his eyes burns hotter than the fierce desert sun.

Iris can resist all she likes, but Asad knows it’s just a matter of time before the flame-haired temptress is back in his bed-where she belongs!

If you enjoyed this Harlequin Presents story by Lucy Monroe, don’t miss her tempting new title, One Night Heir!

I have in my Lucy Monroe memory bank that her heroines cry a lot. But then, probably the heroes have driven them to it. 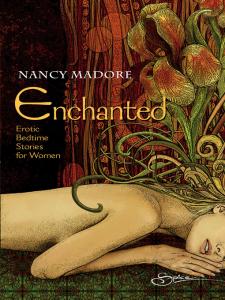 Allow yourself to be drawn into a fantasy world like no other…where a beautiful princess is seduced into a love triangle with a handsome prince and her winsome maid…where a mysterious gentleman’s young bride is deliciously disciplined for her unchecked curiosity…where a naive daughter is married off to a beast of a man whose carnal appetites awaken her budding desire….

These are fairy tales retold as erotica. I don’t think that the stories are very romantic, although some may be. And, as with any collection of stories, some are better than others (even though all are written by the same author).