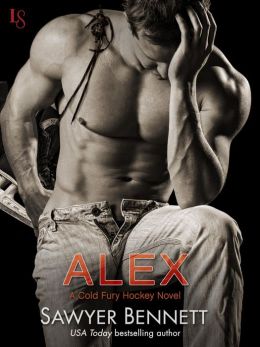 Hockey star Alexander Crossman has a reputation as a cold-hearted player on and off the rink. Pushed into the sport by an alcoholic father, Alex isn’t afraid to give fans the proverbial middle finger, relishing his role as the MVP they love to hate. Management, however, isn’t so amused. Now Alex has a choice: fix his public image through community service or ride the bench. But Alex refuses to be molded into the Carolina Cold Fury poster boy . . . not even by a tempting redhead with killer curves.

As a social worker, Sutton Price is accustomed to difficult people—like Alex, who’s been assigned to help her create a drug-abuse awareness program for at-risk youth as part of the team’s effort to clean up his image. What she doesn’t expect is the arrogant smirk from his perfect lips to stir her most heated fantasies. But Sutton isn’t one to cross professional boundaries—and besides, Alex doesn’t do relationships . . . or does he? The more she sees behind Alex’s bad-boy façade, the more Sutton craves the man she uncovers.

Includes a special message from the editor, as well as an excerpt from another Loveswept title.

I read this book a couple of months ago and enjoyed it. The hero, Alex, is a real jerk but he wasn’t just a jerk to women, he was a jerk to everyone. I felt like he made a believable transformation and that his anger was believable. The heroine was enjoyable and had a nice family dynamic. So worth your 99c if the story appeals to you. 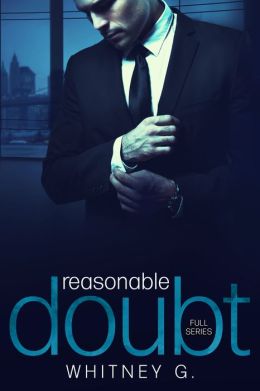 My cock has an appetite.

A huge and very particular appetite: Blonde, curvy, and preferably not a fucking liar…(Although, that’s a story for another day.) As a high profile lawyer, I don’t have time to waste on relationships, so I fulfill my needs by anonymously chatting and sleeping with women I meet online.

My rules are simple: One dinner. One night. No repeats.

This is only casual sex. Nothing more. Nothing less.

But then she came into my firm for an interview–a college-intern interview, and everything fucking changed…

I read the first one and was entertained but it took a while for the second part to come out and for some reason I never picked up the second one or the third so I can vouch for the first third of the book as being entertaining. It’s exactly like the blurbs sells it though 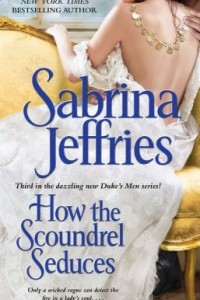 How the Scoundrel Seduces by Sabrina Jeffries. $ 2.99 AMZ | Apple

Investigator Tristan Bonnaud has one aim in life—to make sure that his half-brother George can’t ever ruin his life again. So when the pesky Lady Zoe Keane, the daughter of the Earl of Olivier, shows up demanding that the Duke’s Men find a mysterious gypsy woman, he seizes the opportunity to also hunt for a gypsy friend who knows secrets about George. Tristan doesn’t expect to uncover Lady Zoe’s family secrets, as well…or end up falling for the woman who will risk all to discover the truth.

PW “The setting is vivid, the lovers are well-drawn and colorful, and the mystery is intriguing, making this a winner for fans and new readers.” 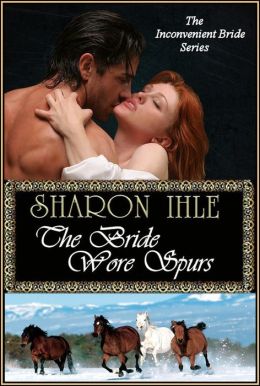 Kathleen Lacey O’Carroll knew she faced an uncertain future when she arrived in Wyoming as a mail-order bride—especially when she learned that the man she was to marry hadn’t actually ordered her. How could John Winterhawke, a fiercely independent and unsettling handsome half-Indian known as Hawke, possibly make room in his heart and in his life for her?

As far as Hawke was concerned, the last thing he needed was a high-spirited, overeager Irish wife who knew nothing about surviving on the harsh prairie.

But once the determined Lacey sensed the rough kindness and simmering hunger under Hawke’s forbidding demeanor, she set out to match his dark passion with her own—and claim his wild heart on her terms.

This book was free at one time per the reviews. There’s a lot of humor. I don’t know if this is a repub (I don’t think so), but the book uses the term “half-breed” which may be objectionable.