Daily Deals: Irish historical romance; a couple of RS; and a fantasy book $2.99 and under 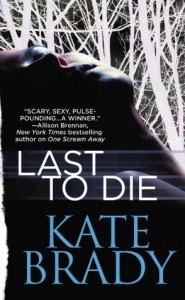 A ruthless killer hides in plain sight, someone no one believes is capable of murder. Within a week, six women will be murdered, all punished for their dark pasts. Detective Dani Cole is determined to track down this serial killer whose victims include a young woman she pulled out of a life of crime. Her investigation leads her to a photography foundation and the renowned photographer Mitch Sheridan, a man she she fell in love with years ago but has tried to forget. Dani and Mitch are instantly attracted to each other again, though their troubled pasts keep them from getting too close. Together, through the course of the investigation, they unearth a dark chain of deception that leads to a killer who is closer than they think.

I’ve enjoyed every Kate Brady book I’ve read. I reviewed her most recent release Where Angels Rest (https://dearauthor.com/book-reviews/review-where-angels-rest-by-kate-brady/) and gave it a B-. There was a solid blend of romance and suspense. 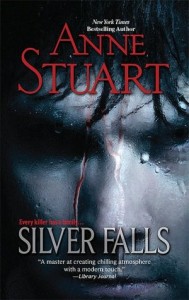 Rachel is finally getting it right. After years of wandering, she’s married the perfect man and settled into the ideal life. But as her sleepy little town turns into a killing ground, she realizes that this new life might come at too high a price.

Caleb Middleton says he’s returned home to set things right. But as her husband’s dangerous brother circles like a hungry wolf, poking holes in her perfect world, Rachel draws her young daughter in close. The rain and violence keep coming, and Rachel must decide whether to trust her dream life or her instincts?before the town of Silver Falls becomes her grave.

I’m not sure if Amazon or the author or the publisher is playing with the prices of her books, but if you are a fan, you might set up an alert for her books. Silver Falls is priced at 1.24 at both BN and Amazon. Says PW of this book, “Stuart breaks little new ground, and readers may be slightly annoyed by the early revelation of the murderer’s identity as well as by Sophie outclassing ostensible protagonist Rachel in both brains and sass.” 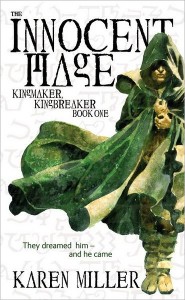 “The Innocent Mage is come, and we stand at the beginning of the end of everything.”

Being a fisherman like his father isn’t a bad life, but it’s not the one that Asher wants. Despite his humble roots, Asher has grand dreams. And they call him to Dorana, home of princes, beggars-and the warrior mages who have protected the kingdom for generations.

Little does Asher know, however, that his arrival in the city is being closely watched by members of the Circle, people dedicated to preserving an ancient magic.

Asher might have come to the city to make his fortune, but he will find his destiny.

One thing that Orbit does almost better than any publisher is to provide visually arresting and unique covers for their authors. PW’s review says “Though Asher’s cynical salt-of-the-earth act is overused, and characters can be frustratingly pouty, Miller’s prose is earnest and engaging, and his complex story accelerates nicely toward a brutal cliffhanger finale.” 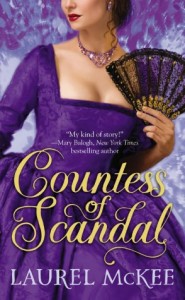 As children, Eliza Blacknall and William Denton ran wild over the fields of southern Ireland and swore they would be friends forever. Then fate took Will away to England, while Eliza stayed behind to become a proper Irish countess.

Years later, Will finally makes his way home-as an English soldier sent to crush the Irish uprising. When he spies the lovely Eliza, he is captivated by the passionate woman she has become. But Eliza’s passions have led her to join the Irish rebel cause, and Will and Eliza now find themselves on opposite sides of a dangerous conflict.

When Ireland explodes in bloody rebellion, Will’s regiment is ordered to the front lines, and he is forced to choose between his duty to the English king and his love for Eliza and their Irish homeland.

Look here! A non Regency European historical. This is set against the The Irish Rebellion of 1798 and some reviews said that the story the historical aspect of the story overtook the romantic conflict. Obviously you aren’t getting a wallpaper historical with this book.

→ Jane
Previous article: REVIEW: Exposed to You by Beth Kery
Next Post: Beyond the Books—The Evolution of a Series