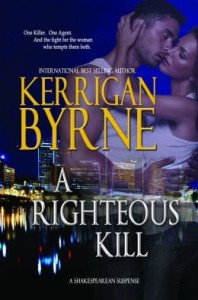 A Righteous Kill by Kerrigan Byrne. $ .99

Mandi from SmexyBooks emailed me about this book and when I bought it a week ago, it was nearly six dollars but I’ve been having a hard time finding good stuff to read so I paid that price willingly and started to read it. The suspense is pretty good although there were a couple of things that raised my eyebrows.

I enjoyed the female protag as the free spirited artist targeted by a serial killer and the male FBI agent hero.

Mandi from SmexyBooks emailed me about this book and when I bought it a week ago, it was nearly six dollars but I’ve been having a hard time finding good stuff to read so I paid that price willingly and started to read it. While I had a few issues with the story, it’s definitely worth the 99c and I’d recommend it. 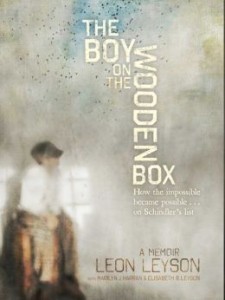 Even in the darkest of times—especially in the darkest of times—there is room for strength and bravery. A remarkable memoir from Leon Leyson, one of the youngest children to survive the Holocaust on Oskar Schindler’s list.
Leon Leyson (born Leib Lezjon) was only ten years old when the Nazis invaded Poland and his family was forced to relocate to the Krakow ghetto. With incredible luck, perseverance, and grit, Leyson was able to survive the sadism of the Nazis, including that of the demonic Amon Goeth, commandant of Plaszow, the concentration camp outside Krakow. Ultimately, it was the generosity and cunning of one man, a man named Oskar Schindler, who saved Leon Leyson’s life, and the lives of his mother, his father, and two of his four siblings, by adding their names to his list of workers in his factory—a list that became world renowned: Schindler’s List.

This, the only memoir published by a former Schindler’s List child, perfectly captures the innocence of a small boy who goes through the unthinkable. Most notable is the lack of rancor, the lack of venom, and the abundance of dignity in Mr. Leyson’s telling. The Boy on the Wooden Box is a legacy of hope, a memoir unlike anything you’ve ever read.

This is a middle grade book but I’d think the story would be for a reader of any age. School Library Journal says “This powerful account succeeds at putting a face and a name, and a fully developed story, to one of the nearly 1200 Jews who were saved by Oskar Schindler. Leyson’s clear, concise, and accessible narrative is profound and inspiring.” 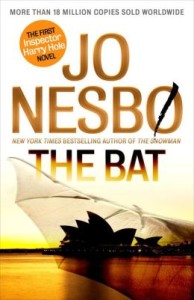 Inspector Harry Hole of the Oslo Crime Squad is dispatched to Sydney to observe a murder case. Harry is free to offer assistance, but he has firm instructions to stay out of trouble. The victim is a twenty-three year old Norwegian woman who is a minor celebrity back home. Never one to sit on the sidelines, Harry befriends one of the lead detectives, and one of the witnesses, as he is drawn deeper into the case. Together, they discover that this is only the latest in a string of unsolved murders, and the pattern points toward a psychopath working his way across the country. As they circle closer and closer to the killer, Harry begins to fear that no one is safe, least of all those investigating the case.
BONUS MATERIAL: This ebook edition includes an excerpt from Jo Nesbø’s Police.

Other Nesbo books have been on sale before but I don’t recall this one being included. As the sticker says it is the first Inspector Harry Hole novel. 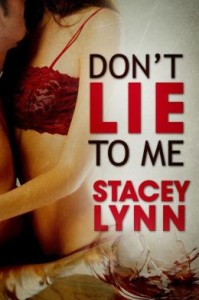 What do you do when the man you love leaves, and the only man you’ve wanted since is the one you can’t have?

When Emma’s first love walked away after learning she was pregnant, she was forced to pick up the pieces, re-evaluate her priorities, and change the course of her dreams all for the sake of her son, who became the only one who mattered.

It also meant taking a job with Jack McMillan; powerful, sexy, controlled, and CEO of McMillan Holdings. Emma has spent the last several years keeping her dreams and fantasies of Jack to herself, but one night, and one encounter, changed everything.

Once the walls between them are dropped and the truth is laid bare, will Jack and Emma’s new relationship be able to survive? When they are forced to confront their pasts, will they learn to finally put their trust in someone else, or will the lies that are told destroy them both?

A couple ladies on a message board forum I follow said that this was a fast read with a decent HEA and worth the 99c. I like that it picks up on a one night stand a long time ago.