Daily Deals: In a fight between a drunken detective and a pro female hockey player, who wins? 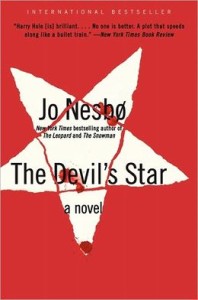 In the heat of a sweltering Oslo summer, a young woman is found murdered in her flat—with one of her fingers cut off and a tiny red star-shaped diamond placed under her eyelid. An off-the-rails alcoholic barely holding on to his job, Detective Harry Hole is assigned the case with Tom Waaler, a hated colleague whom Harry believes is responsible for the murder of his partner. When another woman is reported missing five days later, and her severed finger turns up adorned with a red star-shaped diamond ring, Harry fears a serial killer is at work. But Hole’s determination to capture a fiend and to expose Waaler’s crimes is leading him into shadowy places where both investigations merge in unexpected ways, forcing him to make difficult decisions about a future he may not live to see.

I bought the Nesbo series for Ned after he had finished the Stieg Larrson books and I paid a whopping 9.99 for many of them so this is a really good deal. This is the fifth book in the Harry Hole series and I am not sure that you can pick this one up 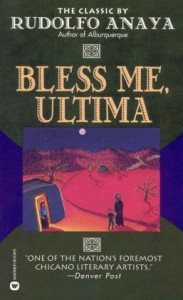 Overview
Stories filled with wonder and the haunting beauty of his culture have helped make Rudolfo Anaya the father of Chicano literature in English, and his tales fairly shimmer with the lyric richness of his prose. Acclaimed in both Spanish and English, Anaya is perhaps best loved for his classic bestseller … Antonio Marez is six years old when Ultima comes to stay with his family in New Mexico. She is a curandera, one who cures with herbs and magic. Under her wise wing, Tony will test the bonds that tie him to his people, and discover himself in the pagan past, in his father’s wisdom, and in his mother’s Catholicism. And at each life turn there is Ultima, who delivered Tony into the world-and will nurture the birth of his soul.

This is considered a classic in Spanish American literature and is required reading on many high school lists. 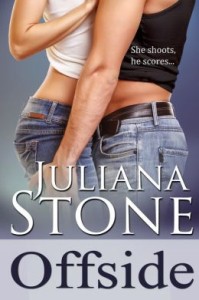 Overview
When hockey phenom Billie-Jo Barker returns home and decides to play in the local Friday night hockey league, all hell breaks loose. Not because Billie’s talent is in question, but because Billie is a woman. And though these are modern times, some of the local guys still have a problem letting a girl into their ‘men’s club.’

I loved the idea of this b0ok about a female professional hockey player but the girls v. guys storyline that rested on half the town simply despising Billie Jo for her hockey prowess was hard for me to buy into.

It’s free at Apple, Amazon and All Romance. 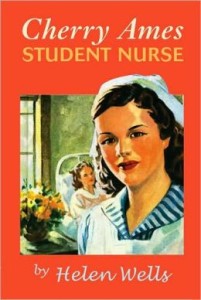 Cherry Ames is back, just as you remember her! The books are just as you remember them, retaining the same look, feel, and sense of adventure and patriotism as when they were first published. With fully illustrated color covers and a soft-finished hardcover format just like the originals, these books will transport you back to the days when you were reading about this spunky young nurse. Series editor and registered nurse Harriet Forman was inspired by, and remains a devoted fan of, Cherry Ames: “…I was going to follow in her footsteps and become a nurse—nothing else would do.”

In Student Nurse, Cherry starts nursing school at Spencer with a mixture of anxiety and anticipation – would she have what it takes to be a nurse? She leaves her quiet town of Hilton, Illinois for the bustle of hospital life, to meet challenges she wouldn’t have imagined. The U.S. is at war. Many nurses have gone to the front, and there is a shortage of RNs at Spencer-which Cherry and her classmates help to fill, as they learn the skills they need to graduate. And who is the mysterious patient in the secret room that no one seems to know anything about? Should Cherry risk expulsion to save his life?

Springer Publishing Company is delighted to be bringing Helen Wells’s beloved heroine back into print for a new generation of younger readers (as well as a host of nostalgic older ones). The books are available as beautifully rendered facsimile hardcover editions and in boxed sets of four.

This was such a good deal at Amazon that I felt I would be remiss in not posting it. This Kindle version contains books 1-4 in the Cherry Ames series. The Nook book is priced at $6.01 which is still fairly decent for 4 books. You do need to be careful that you are purchasing the correct volume. Cherry Ames, Student Nurse Book 1, for example, is just book 1.

Another other fantastic Amazon only deals is A Moveable Feast by Anthony Bourdain for .99

→ Jane
Previous article: REVIEW: My Bluegrass Baby by Molly Harper
Next Post: The case of the used digital book store