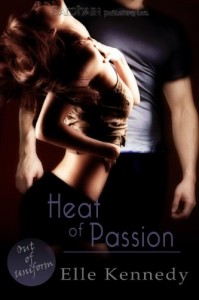 On the road to forever, anything goes…

An Out of Uniform story.

Carson Scott is the king of one-night stands, so a naughty encounter with a sexy brunette in a nightclub supply closet is right up his alley. When his mysterious seductress disappears, he’s blindsided by an unfamiliar emotion—disappointment. One thing’s for sure…if he ever encounters his lady of the evening again, he won’t let her slip away so easily.

Between her catering business, family issues, and her broken heart, Holly Lawson has too much on her plate to think about committing to a serious relationship. Hot, sweaty, anonymous sex with a Navy SEAL…now that sounds like the perfect appetizer to take the edge off. With no plans to ever see him again, she indulges in a fling. Only to come face to face with him weeks later while working a wedding.

Worse, Carson is hell-bent on the one thing she doesn’t want. The R word. She has no intention of falling for him, but in the face of his seductive, mind-changing methods, her resistance is crumbling… 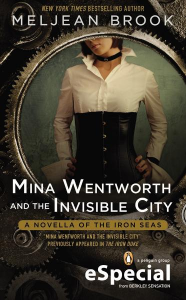 Mina Wentworth and the Invisible City by Meljean Brook. $2.99.

Eight months after The Iron Duke, can their marriage survive a new danger?

After Mina is called in to investigate the murder of an aristocratic bounder, her husband Rhys—known to the world as the Iron Duke—must overcome his fear for his new bride before his need to protect her tears them apart. But when she invites him to join her at the murder scene, a search for a mysterious killing machine puts her in more danger than ever before…a danger that leads straight back to Rhys.

Speaking of novellas that I hadn’t mentioned before but are worth reading, if you are a fan of the Iron Seas series, you’ll want to pick up Mina Wentworth and the Invisible City. This was an original novella that appeared at the end of the mass market printing of The Iron Duke. It takes place (like the blurb says) eight months after The Iron Duke. It’s kind of an extended epilogue, the one that the Iron Duke kind of needed with its abrupt and maybe ambiguous ending so I don’t recommend it for newcomers to the series. If you are wanting to try out the series but don’t want to commit to a full length novel try The Blushing Bounder in Wild & Steamy, a self published anthology for $2.99. Or, delve right in with Riveted. It’s out next Tuesday and can be read without having even opened a previous Iron Seas book. It’s a remarkable story with two amazing leads. 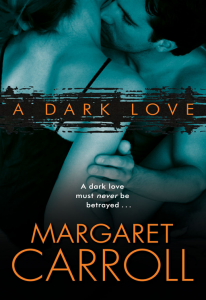 Only Caroline knows the truth about her husband, the brilliant psychoanalyst whose list of patients includes some of Washington, D.C.’s, most celebrated. Caroline has seen the darkest side of this cruel, controlling psychopath who watches her every move. With only a few precious minutes allotted to her, escape is now or never. Caroline must run for her life . . . as far and fast as she can.

But even two thousand miles isn’t far enough. A new identity, new town, and new love–rugged pro-footballer-turned-outdoorsman Ken Kincaid–won’t protect her. Because Caroline knows Porter will never stop until he’s hunted her down.

I apparently gave this book a B- back in 2009.  I don’t have a strong recollection of the book. I remember the second book (Riptide) by Carroll was completely NOT a romance but marketed as such. I guess I remember my bitter disappointments more than I remember the somewhat pleasurable read. In retrospect, it sounds a little like a Linda Howard novel but I recall that there wasn’t any explicit loving in the story and that I characterized it more as a thriller than a romance because while there was a romance, it was very understated. So at $.99 you should expect a decent thriller with a soft current of romance. Oh and the second book, Riptide, is also on sale for $.99. 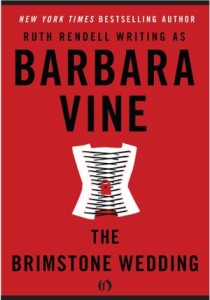 The Brimstone Wedding by Barbara Vine. $1.99.

Stuck in a loveless marriage and mired in a troubled affair, Genevieve Warner doesn’t have a friend in the world—until she meets Stella, a patient at the nursing home where she works as a caregiver. Whip smart and deeply familiar, Stella confides in Genevieve the story of her life, a story that builds toward a horrifying confession. As Genevieve’s own life slips helplessly down the same path, she desperately tries to turn away from a fate that seems inevitable.

Sensitive and heartbreaking, The Brimstone Wedding is a mysterious tale of mistakes repeated.

It’s on sale today only for $1.99. It’s her best novel, according to the Chicago Tribune.

→ Jane
Previous article: REVIEW: Thirteen by Kelley Armstrong
Next Post: The Revival of the Serial