Daily Deals: Hapless socialites from Manhattan to England, from the 1880s to the present time. 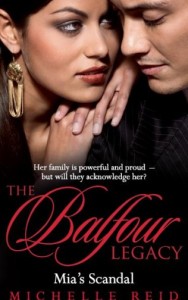 Billionaire Oscar Balfour’s daughters are the darlings of the tabloid press – so it’s no surprise that the arrival of an illegitimate Balfour girl sends the gossip columns wild! Mia needs to learn the gilt-edged ways of his world fast. Brooding Greek tycoon Nikos takes her on as his personal assistant. Can he come to her rescue?

This is also known as Mia and the Powerful Greek in the US. There are a number of freebies here. You have to give up an email address in order to be able to download the free titles.  I have not reviewed this book but I think, on the whole, I enjoyed the Balfour series. 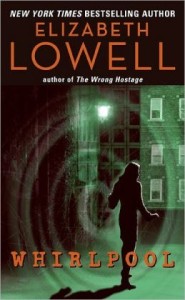 When an exquisitely crafted, authentic imperial Faberge egg mysteriously shows up at Laurel Swann’s home studio, she knows it can only be from one person—her father, who has drifted in and out of her life for as long as she can remember. But this time Jamie Swann leaves her something too many people will kill for.

Out of her league and desperate, Laurel is forced to accept help from the very man who is trying to ensnare her father in his own web of double crosses. Cruz Rowan can help her stay alive, but will he do the same for her father?

Elizabeth Lowell, writing as Ann Maxwell, deftly combines the nonstop action of a spy thriller with the heart-pounding excitement of true love and adventure.

I think I actually read this book long, long ago. The Faberge egg rings a bell. 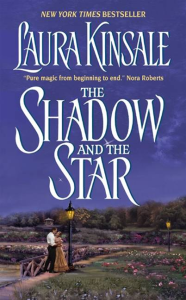 Wealthy, powerful and majestically handsome, he is a man of dark secrets–a master of the ancient martial arts of an exotic distant land. Scarred by a childhood of shocking degradation, he has sworn to love chastely… but burns with the fires of unfulfilled passion.

Lovely, innocent and nearly destitute, she is drawn to him by a fevered yearning she could never deny — following her enigmatic “shadow warrior” into a dangerous world of desire and righteous retribution

As Res says on Goodreads “The Victorian romance where Samuel is a child prostitution survivor and a Hawaiian ninja. I can add nothing to this.” 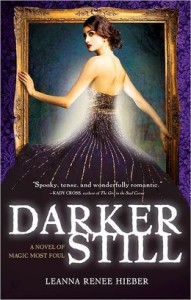 Darker Still: A Novel of Magic Most Foul by Leanna Renee Hieber. $ 2.99.

It was as if he called to me, demanding I reach out and touch the brushstrokes of color swirled onto the canvas. It was the most exquisite portrait I’d ever seen—everything about Lord Denbury was unbelievable…utterly breathtaking and eerily lifelike.

There was a reason for that. Because despite what everyone said, Denbury never had committed suicide. He was alive. Trapped within his golden frame.

I’ve crossed over into his world within the painting, and I’ve seen what dreams haunt him. They haunt me too. He and I are inextricably linked—bound together to watch the darkness seeping through the gas-lit cobblestone strets of Manhattan. And unless I can free him soon, things will only get Darker Still.

The sale price is available at Sony (ePub) and Amazon. It is one part Dorian Gray and one part Dr. Jekyll and Mr. Hyde set against the 1880s of New York City. The reviews are very mixed but most people say that Hieber nails the time period and the setting but that the plot suffers from dullness.