Daily Deals: Get your one click finger ready for the deals 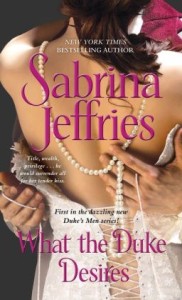 What the Duke Desires by Sabrina Jeffries. $ 1.99

They are The Duke’s Men—an investigative agency born out of family pride and irresistible passion . . . and they risk their lives and hearts to unravel any shocking deception or scandalous transgression!

Maximilian Cale, the Duke of Lyons, accepted long ago that his kidnapped brother was dead. When a cryptic note from investigator Tristan Bonnaud claims otherwise, Max seeks out Tristan’s sister, Lisette—and is infuriated to learn that Tristan has mysteriously vanished. Have the siblings perpetrated an elaborate hoax? Or is the fiercely protective beauty as innocent as she claims?

Fearful that the powerful duke will destroy Tristan’s career in his zeal for the truth, the clever Lisette convinces Max to accompany her to Paris in a joint search for their loved ones. But their journey takes a seductive twist when they pose as an ordinary husband and wife—not an English duke with a tarnished family name and the illegitimate daughter of a viscount—and discover an exhilarating passion free from the damning secrets of the past. With the line between danger and desire enticingly blurred, they discover that some mysteries, like those of the heart, are answered tenfold in the bliss of a true and trusting love.

An investigative agency born out of irresistible passion!

Well, Duke of Men, I woke up one morning and felt a burning in my loins.
For a woman?
No, for investigations.
Let’s start up an agency then for like minded passionate men because you can’t be the only one whose loins are on fire for investigations!

PS my cold is gone but thinking up silly dialogue is a lot easier than looking at the reviews and trying decipher whether you all will like the book. 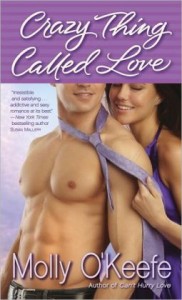 In this poignant and deeply sensual new contemporary romance—perfect for readers of Susan Elizabeth Phillips and Rachel Gibson—Molly O’Keefe proves that lost loves don’t have to stay lost forever.

Dallas TV morning show host Madelyn Cornish is poised, perfect, and unflappable, from her glossy smile to her sleek professionalism. No one knows that her iron will guards a shattered heart and memories of a man she’s determined to lock out. Until that man shows up at a morning meeting like a bad dream: Billy Wilkins, sexy hockey superstar in a tailspin—still skating, still fighting, and still her ex-husband.

Now the producers want this poster child for bad behavior to undergo an on-air makeover, and Billy, who has nothing to lose, agrees to the project. It’s his only chance to get near Maddy again, and to fight for the right things this time around. He believes in the fire in Maddy’s whiskey eyes and the passion that ignites the air between them. This bad-boy heartbreaker wants a last shot to be redeemed by the only thing that matters: Maddy’s love.

In the vein of two wildly different authors whose only connection is their publishing house and their setting (contemporary) is a brave new book from Molly O’Keefe. In all seriousness, O’Keefe is a great writer. Robin reviewed the book here. 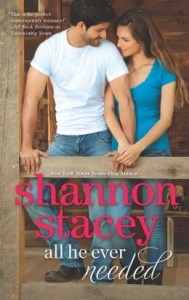 e won’t stay put for a woman, and she won’t chase after any man…

Mitch Kowalski lives out of a suitcase—and he likes it that way. Traveling for work has the added bonus of scaring off women who would otherwise try to tie him down. But when he’s called home to help with the family lodge, he’s intrigued by the new girl in town and her insistence that she doesn’t need a man. If there’s one thing Mitch can’t resist, it’s a challenge.

After a nomadic childhood, Paige Sullivan is finally putting down roots. Determined to stand on her own two feet, she lives by the motto “Men are a luxury, not a necessity.” But when Mr. Tall, Dark and Hot pulls up a stool in her diner and offers her six weeks of naughty fun with a built-in expiration date, she’s tempted to indulge.

They’re the perfect match for a no-strings fling. Until they realize their sexy affair has become anything but casual…

What? You haven’t already bought this book yet? Get your wallet out. Move your clicking button in a worm like movement (to prep it for clicking the buy button).

Mitch likes to blow things up. Paige likes to put down roots. See where this is going? Plus there isn’t as much camping in this book as the others. (I’m not a big camping fan). Finnikin was only a child during the five days of the unspeakable, when the royal family of Lumatere were brutally murdered, and an imposter seized the throne. Now a curse binds all who remain inside Lumatere’s walls, and those who escaped roam the surrounding lands as exiles, persecuted and despairing, dying by the thousands in fever camps. In a narrative crackling with the tension of an imminent storm, Finnikin, now on the cusp on manhood, is compelled to join forces with an arrogant and enigmatic young novice named Evanjalin, who claims that her dark dreams will lead the exiles to a surviving royal child and a way to pierce the cursed barrier and regain the land of Lumatere. But Evanjalin’s unpredictable behavior suggests that she is not what she seems—and the startling truth will test Finnikin’s faith not only in her, but in all he knows to be true about himself and his destiny.

Is your finger feeling appropriately warmed up? I think I’ve featured this book before but Marchetta is a widely recommended author whose writing is sensitive, thoughtful, and engaging. But seriously who doesn’t want to read a book where the female is the arrogant one for a change?

→ Jane
Previous article: REVIEW: Palace of Spies by Sarah Zettel
Next Post: Taking the “Bull” out of Book Review “Bullying”