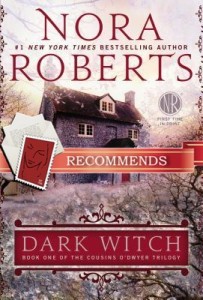 Lila and Ethan: Forever and Always

and at BN and Amazon, you can get the DA recommended read (and #1 Bestselling book last week) Dark Witch for $4.79 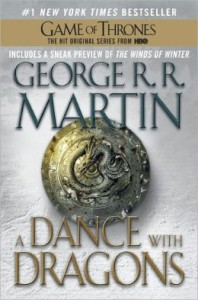 GAME OF THRONES: A NEW ORIGINAL SERIES, NOW ON HBO.

Dubbed “the American Tolkien” by Time magazine, George R. R. Martin has earned international acclaim for his monumental cycle of epic fantasy. Now the #1 New York Times bestselling author delivers the fifth book in his landmark series—as both familiar faces and surprising new forces vie for a foothold in a fragmented empire.

A DANCE WITH DRAGONS
A SONG OF ICE AND FIRE: BOOK FIVE

In the aftermath of a colossal battle, the future of the Seven Kingdoms hangs in the balance—beset by newly emerging threats from every direction. In the east, Daenerys Targaryen, the last scion of House Targaryen, rules with her three dragons as queen of a city built on dust and death. But Daenerys has thousands of enemies, and many have set out to find her. As they gather, one young man embarks upon his own quest for the queen, with an entirely different goal in mind.

Fleeing from Westeros with a price on his head, Tyrion Lannister, too, is making his way to Daenerys. But his newest allies in this quest are not the rag-tag band they seem, and at their heart lies one who could undo Daenerys’s claim to Westeros forever.

Meanwhile, to the north lies the mammoth Wall of ice and stone—a structure only as strong as those guarding it. There, Jon Snow, 998th Lord Commander of the Night’s Watch, will face his greatest challenge. For he has powerful foes not only within the Watch but also beyond, in the land of the creatures of ice.

From all corners, bitter conflicts reignite, intimate betrayals are perpetrated, and a grand cast of outlaws and priests, soldiers and skinchangers, nobles and slaves, will face seemingly insurmountable obstacles. Some will fail, others will grow in the strength of darkness. But in a time of rising restlessness, the tides of destiny and politics will lead inevitably to the greatest dance of all.

I’m not sure what is up with the $2.90 sales. They seem to be appearing and disappearing and reappearing again. Because of that I’m publishing this deals post early so that you can jump on the deals. The Unraveled Boxed Set—featuring all new material from eight bestselling authors!
Warning: this book contains stories that may excite you, particularly if you like alpha males, singly or in pairs, who will use any and every means possible to realize a woman’s darkest fantasies and most hidden desires, from commands to cuffs, and from ropes to ribbons.

YOURS TO TAKE by Cathryn Fox

Revenge takes on a sexy twist when a powerhouse lawyer is stripped of her control “by the handsome multi-millionaire she once took down in the courtroom.

YIELD TO ME by Sarah Castille

An ambitious MMA fighter struggles to resist her attraction to the dangerously sexy fight coach who awakens in her secret desires that could destroy her fighting career.

Six months after having her baby, Laura finds that her relationships have cooled, even as her naughty desires heat up her eReader. When their best friends take the baby for an overnight, Mike and Dylan show Laura just how alpha they can both be, as Laura surrenders herself to them with complete abandon.

Two years ago serious law student Malachi Hunter broke wild child Adele Cavanaugh’s heart. When Mal is thrown back into her life… and she meets Dorian Marshall, a bad boy with a soft spot for her… Adele doesn’t know how to choose just one when they both help to ease her pain.

TAKEN BY STORM by Opal Carew

Jessica doesn’t like to take risks, but when she’s almost run over by a red hot rock musician named Storm on his motorcycle, she realizes that some risks are worth taking.

HOW TO CHOOSE A COWBOY by Daire St. Denis

When Tessa Savage is forced to choose between two hunky cowboys while vacationing at the Lazy L Dude Ranch, she finds herself at a loss; the Marlboro Man look-a-like or the fun-loving exhibitionist. Help Tessa decide in this smokin’ hot interactive tale.

THE VAMPIRE DESIGN by Vivi Anna

A naive young artist travels through Europe searching for the most infamous painter ever to live… who also happens to be a 300 year old vampire.

ANYTHING HE WANTS: ATONEMENT by Sara Fawkes

Jeremiah and Lucy have been through the fire and barely escaped with their lives, but can their love survive the real world?

This box set is unusual in that it promises new material from eight bestselling authors. 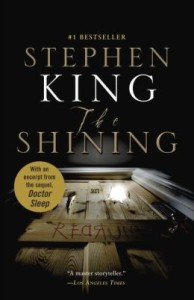 Overview
First published in 1977, The Shining quickly became a benchmark in the literary career of Stephen King. This tale of a troubled man hired to care for a remote mountain resort over the winter, his loyal wife, and their uniquely gifted son slowly but steadily unfolds as secrets from the Overlook Hotel’s past are revealed, and the hotel itself attempts to claim the very souls of the Torrance family. Adapted into a cinematic masterpiece of horror by legendary director Stanley Kubrick – featuring an unforgettable performance by a demonic Jack Nicholson – The Shining stands as a cultural icon of modern horror, a searing study of a family torn apart, and a nightmarish glimpse into the dark recesses of human weakness and dementia. From the #1 bestselling author of The Fault in Our Stars

When Margo Roth Spiegelman beckons Quentin Jacobsen in the middle of the night—dressed like a ninja and plotting an ingenious campaign of revenge—he follows her. Margo’s always planned extravagantly, and, until now, she’s always planned solo. After a lifetime of loving Margo from afar, things are finally looking up for Q . . . until day breaks and she has vanished. Always an enigma, Margo has now become a mystery. But there are clues. And they’re for Q.

Printz Medalist John Green returns with the trademark brilliant wit and heart-stopping emotional honesty that have inspired a new generation of readers.

John Green is the Nicholas Sparks of YA fiction someone told me (who has read more John Green books than I have). A little romance, a little heartfelt connection, an ending that is NSparked. PW says “The title, which refers to unbuilt subdivisions and “copyright trap” towns that appear on maps but don’t exist, unintentionally underscores the novel’s weakness: both milquetoast Q and self-absorbed Margo are types, not fully dimensional characters. Readers who can get past that will enjoy the edgy journey and off-road thinking.”

→ Jane
Previous article: REVIEW: Agamemnon Frost and the Crown of Towers by Kim Knox
Next Post: REVIEW: Aiding the Enemy by Julie Rowe