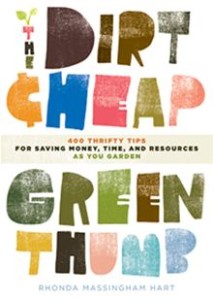 Now gardeners don’t have to choose between frugal and fantastic! In The Dirt-Cheap Green Thumb, Rhonda Massingham Hart provides practical, time-tested solutions that will stretch your dollar farther than you ever thought possible, even as they yield beautiful, bountiful plants. From starting seeds to preserving produce, from composting to conserving water, Hart’s advice ensures that you won’t waste a scrap of time or money. Perfect for everyone from novices to experts, whether you are growing food, flowers, house plants, or landscape plants.

It seems appropriate to give you all a heads up on a book that teaches you how to garden on the cheap.  There are a number of gardening books by this author on sale for $2.99.  I haven’t bought any of them because I’m not much of a gardener. 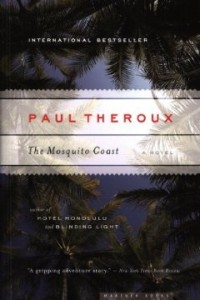 The Mosquito Coast by Paul Theroux. $ 2.99 at Amazon and Apple

In a breathtaking adventure story, the paranoid and brilliant inventor Allie Fox takes his family to live in the Honduran jungle, determined to build a civilization better than the one they’ve left. Fleeing from an America he sees as mired in materialism and conformity, he hopes to rediscover a purer life. But his utopian experiment takes a dark turn when his obsessions lead the family toward unimaginable danger. This book features a teaser chapter from Theroux’s dazzling The Lower River.

There was one review that said that the story was less than a one but the writing was more than a five and I got the sense through reading several reviews that was indeed the consensus.  The ratings for the book are all over the place as people responded differently – for some the frustrating story (particularly the weak portrayal of “Mother”) outweighed the amazing writer.  Others were blown away by Theroux’s storytelling. 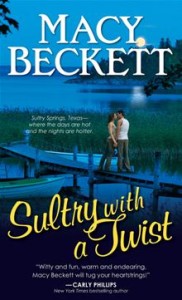 If Texas wasn’t already hot enough, working side-by-side with June would make any man melt. Luke wants nothing more than to strip her down and throw her in the lake-the same lake where they were found buck naked and guilty as sin all those years ago. In their heads, they’re older and wise. But their hearts tell a different story…

I remember passing on this because of the name of the heroine but many romancelandia positive reviews brought me around. I ended up liking it more than I thought I would.

<em>The small Texas town of Sultry Springs is well drawn, full of interesting and sometimes eccentric people.  It has a strong church presence and lots of interfering gossips. I didn’t get the same sense of glorification of the small town as I have in other books, as if life in Sultry Springs was qualitatively better than a life in Austin.  Instead, life in Sultry Springs was what suited Luke the most and June was determined that Luke received the measure of happiness that he didn’t think he deserved.  June’s sacrifice becomes obvious early on and while I wished for something more surprising, in the end, I had been well prepared for the results.  </em> 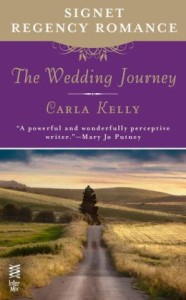 marriage for protection in the midst of a wartime retreat becomes the passion of a lifetime in this classic Signet Regency Romance from Carla Kelly.

AVAILABLE DIGITALLY FOR THE FIRST TIME

Set against the vivid historical background of the Napoleonic Wars, The Wedding Journey is the unforgettable story of Captain Jesse Randall, assistant surgeon of Marching Hospital Number Eight, and his undying love for beautiful, young Nell Mason. A battlefield is no place to wage a campaign of love, and even if it was, Jesse is far too shy to ever confess his love to Nell, who helps the surgeons in the field hospital.

Her father, Captain Bertie Mason, is a compulsive gambler, and when Nell’s mother dies, he desperately agrees to marry her to the despicable Major William Bones to relieve his crushing gambling debts. To prevent such a fate, Jesse hastily weds Nell. He doesn’t dare hope she’ll ever return his devotion.

A marriage on the front lines of the Napoleonic Wars would be difficult enough, but now Major Bones is out for vengeance. As the British army retreats from Burgos for Portugal, Jesse, Nell, and a handful of the sick and stragglers are left behind to fend for themselves. The newly married couple must now draw on all their strength to survive and save their small band, and somehow nurture a love that can endure the most trying of journeys…

We don’t have a review of this book but I know that Jayne has read it. My guess is that she’d recommend it.

→ Jane
Previous article: Reading List by Jennie through March 2013
Next Post: Monday News: More self publishing news, some real numbers, and some thoughts for the future