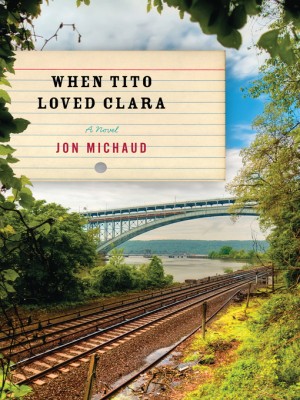 Clara Lugo grew up in a home that would have rattled the most grounded of children. Through brains and determination, she has long since slipped the bonds of her confining Dominican neighborhood in the northern reaches of Manhattan. Now she tries to live a settled professional life with her American husband and son in the suburbs of New Jersey—often thwarted by her constellation of relatives who don’t understand her gringa ways.

Her mostly happy life is disrupted, however, when Tito, a former boyfriend from fifteen years earlier, reappears. Something has impeded his passage into adulthood. His mother calls him an Unfinished Man. He still carries a torch for Clara; and she harbors a secret from their past. Their reacquaintance sets in motion an unraveling of both of their lives and reveals what the cost of assimilation—or the absence of it—has meant for each of them.

This immensely entertaining novel—filled with wit and compassion—marks the debut of a fine writer.

PW writes “When Clara and Tito, who has failed to move on after their brief tryst 15 years earlier, try to resolve some unfinished personal business, hurtful revelations promise to change the course of both their lives. Despite Clara’s complicated family drama, Tito’s unhealthy obsession with Clara, and a subplot with the seedy ex-con, the story fails to garner any emotional weight.” 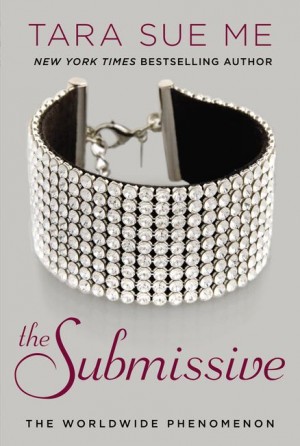 Abby King has a secret fantasy.

New York knows Nathaniel West as the brilliant and handsome CEO of West Industries, but Abby knows he’s more: a sexy and skilled dominant who is looking for a new submissive. Yearning to experience a world of pleasure beyond her simple life as a librarian, Abby offers herself to Nathaniel to fulfill her most hidden desires.

After only one weekend with the Master, Abby knows she needs more, and fully submits to Nathaniel’s terms. But despite the pleasure he takes in Abby’s willing spirit, the Nathaniel hidden behind the rules remains cold and distant.

As Abby falls deeper into his tantalizing world of power and passion, she fears that Nathaniel’s heart may be beyond her reach—and that her own might be beyond saving.…

Billionaire Dom meets inexperienced submissive. This was apparently one of the most popular Twilight FFs and is said to have inspired 50Shades. (Meaning it was written before EL James/Icy Queen Snowdragon wrote 50. Maybe 50 is a fanfic mashup of Twilight and The Submissive). The heroine wants to be a submissive and I believe it’s written with a non abusive relationship. 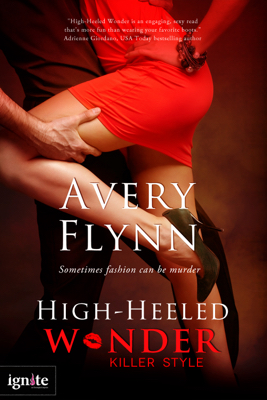 “When a fashionista and her bodyguard get tangled up together, watch out for sizzling sex and surprising plot twists.” – New York Times best selling author Rebecca York

Sylvie Bissette may be one of Harbor City’s youngest glitterati, but only her best friends know her most closely guarded secret. She’s the woman behind The High-Heeled Wonder, a must-read blog for fashionistas everywhere. Gossip, fashion advice, exposés. Too bad some people can’t take a little criticism. When an internet troll discovers her secret identity and escalates from stalking her to threatening her life, Sylvie turns to security expert Tony Falcon for help. The investigator from the other side of the tracks is the olive oil to her Evian water and aggravates her to no end, but it’s not just her temper he’s inciting…

Tony Falcon wouldn’t know a kitten heel from a tabby cat, but since most of the bad guys he tracks down aren’t wearing stilettos, it’s never been a problem…until he meets Sylvie. When a murder investigation leads him to the same place Sylvie works, he realizes the feisty fashionista may be his best chance at catching the criminals who killed his best friend. It all leads back to the cut-throat fashion world. But solving that case means going after the people Sylvie cares about, and soon his attraction for her–and the danger she’s in–has him wondering if solving the case is worth hurting the woman he can’t stop fantasizing about …

When Sylvie’s almost run over in broad daylight, Tony goes undercover as her boyfriend to infiltrate the close-knit fashion community. And when they discover Sylvie’s stalker may be linked to Tony’s own investigation, what started as a simple plan to find his friend’s killers turns into a hot bed of secrets and revelations. In a world full of overblown egos and dog-eat-dog ambition, Tony and Sylvie must work together to find her revenge-obsessed stalker before Sylvie ends up with a literal knife in the back.

High-Heeled Wonder is a sassy, sexy, romp of a fashion-based romantic suspense. Tony Falcon is a former cop turned private investigator who wouldn’t know a kitten heel from a tabby cat, but he is fashionista blogger Sylvie Bissette’s best chance at staying alive when an internet troll starts threatening her in real life. It’s the first book in the Killer Style series and is on sale for 99 cents this week only in anticipation of the release of the third book in the series, Make Me Up, on Feb. 16. 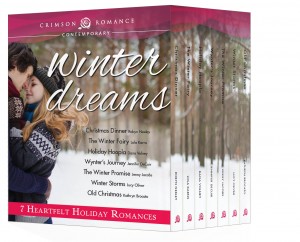 Winter’s crisp cold is the perfect backdrop for holiday lights, snowball fights, and starry nights by the fire, curled up with hunky heroes. Let these seven couples show you how to find the warmth of red-hot romance.

Christmas Dinner: Amanda dreads returning home single for Christmas, but the only available man is her rival for the TV anchor spot. Can the holiday spirit turn animosity into love?

The Winter Fairy: Recuperating ballerina Penelope Glazier can enchant the young girls in her class, but will her magic work on Carson Langley, the sexy but straight-laced single father of her most talented student?

Holiday Hoopla: Halle is about to lose her gift shop, until banker Blake walks into her life, dangling an offer that could save it all, or cost her everything.

Wynter’s Journey: Twelve years after tragedy tore Wynter and Sam apart, can another predicament bring them back together?
The Winter Promise: War throws Lady Emma and Lord Robert together, where they must decide if they can listen to their hearts – or if they would be wiser never to trust each other.

Winter Storms: Daniel’s sailing accident cost Carly her shot at Olympic dreams, while his own athletic success was unhindered. Now he’s returned and they’re stuck in the Cornish village where storms lash them from outside – and within.

Old Christmas: Casey needs help from the magic that walks on Old Christmas Eve to find her way back home, and to the love she left behind.

This is a collection of seven heartfelt winter romances on sale as a box set for a limited time. Includes enemies to lovers trope along with rekindled romances.