Daily Deals: From the Texas Panhandle to East Coast vampires 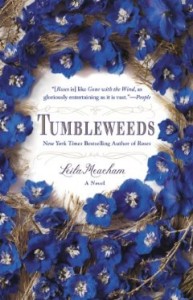 Recently orphaned, eleven-year-old Cathy Benson feels she has been dropped into a cultural and intellectual wasteland when she is forced to move from her academically privileged life in California to the small town of Kersey in the Texas Panhandle where the sport of football reigns supreme. She is quickly taken under the unlikely wings of up-and-coming gridiron stars and classmates John Caldwell and Trey Don Hall, orphans like herself, with whom she forms a friendship and eventual love triangle that will determine the course of the rest of their lives.

Taking the three friends through their growing up years until their high school graduations when several tragic events uproot and break them apart, the novel expands to follow their careers and futures until they reunite in Kersey at forty years of age. Told with all of Meacham’s signature drama, unforgettable characters, and plot twists, readers will be turning the pages, desperate to learn how it all plays out.

The story spans three decades, at least, and readers call it an epic story and the ending isn’t a happy one (but satisfactory?) per the reviews. Still, it had several positive raves for its depiction of the Texas Panhandle and the influence of football. 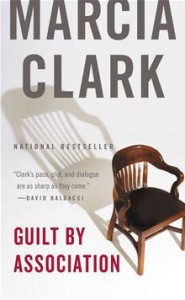 Los Angeles D.A. Rachel Knight is a tenacious, wise-cracking, and fiercely intelligent prosecutor in the city’s most elite division. When her colleague, Jake, is found dead at a grisly crime scene, Rachel is shaken to the core. She must take over his toughest case: the assault of a young woman from a prominent family.

But she can’t stop herself from digging deeper into Jake’s death, a decision that exposes a world of power and violence and will have her risking her reputation–and her life–to find the truth.

With her tremendous expertise in the nuances of L.A. courts and crime, and with a vibrant ensemble cast of characters, Marcia Clark combines intimate detail, riotous humor, and visceral action in a debut thriller that marks the launch of a major new figure on the crime-writing scene.

Trish says that the courtroom stuff is quite realistic (which one would hope from former prosecutor Clark) but that it was “the food choices and clothing descriptions that make it L.A. In this mystery we are treated to gangs, both Latino and Aryan Brotherhood, pornography and prostitution, rape and murder. If it sounds like a lot, you may not be suited to actually work in the D.A.’s office, but you can still enjoy reading about it. This is a very good one for an indulgent weekend on the couch.” 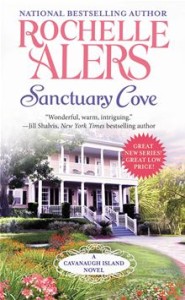 Sometimes love is the simplest choice of all.

Still reeling from her husband’s untimely death, Deborah Robinson needs a fresh start. So she decides to pack up her family, box up her bookstore, and return to her grandmother’s ancestral home on Cavanaugh Island. The charming town of Sanctuary Cove holds happy memories for Deborah. And, after she spies a gorgeous stranger in the local bakery, it promises the possibility for a bright, new future.

Dr. Asa Monroe is at a crossroads. Ever since the loss of his family, he has been on a quest for faith and meaning, traveling from one town to another. When he meets Deborah, the beautiful bookstore owner with the warm eyes and sunny smile, Asa believes he has finally found a reason to stay in one place.

As friendship blossoms into romance, Deborah and Asa discover they may have a second chance at love. But small towns have big secrets. Before they can begin their new life together, the couple must confront a challenge they never expected . . .

First the Cavanaugh Island series. Several readers were troubled by the quick recovery the heroine had from the death of her husband to her new flirt (hero), just weeks later. Fans are excited about the setting and the series, but less so about this opening book. 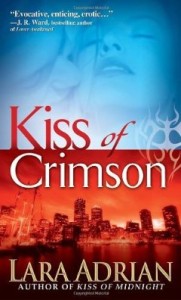 He comes to her more dead than alive, a towering black-clad stranger riddled with bullets and rapidly losing blood. As she struggles to save him, veterinarian Tess Culver is unaware that the man calling himself Dante is no man at all, but one of the Breed, vampire warriors engaged in a desperate battle. In a single erotically charged moment Tess is plunged into his world—a shifting, shadowed place where bands of Rogue vampires stalk the night, cutting a swath of terror.

Haunted by visions of a dark future, Dante lives and fights like there is no tomorrow. Tess is a complication he does not need—but now, with his brethren under attack, he must shield Tess from a growing threat that includes Dante himself. For with one reckless, irresistible kiss, she has become an inextricable part of his underworld realm…and his touch awakens her to hidden gifts, desires, and hungers she never knew she possessed. Bonded by blood, Dante and Tess must work together to thwart deadly enemies, even as they discover a passion that transcends the boundaries of life itself….

From the Paperback edition.

This is the second in the Midnight Breed series, a series which turned Lara Adrian into a big time, NYT bestseller. We didn’t review that book although we read a few in the series. I’d recommend this book to lovers of the early JR Ward series or the early Christine Feehan vamp books.