Daily Deals: From self published breakouts to a literary fiction writer returning after 30 years 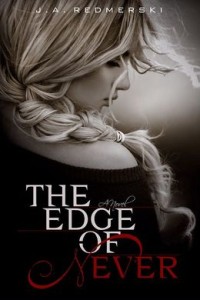 Sometimes life takes you off course . . .

THE EDGE OF NEVER

Twenty-year-old Camryn Bennett thought she knew exactly where her life was going. But after a wild night at the hottest club in downtown Raleigh, North Carolina, she shocks everyone-including herself-when she decides to leave the only life she’s ever known and set out on her own. Grabbing her purse and her cell phone, Camryn boards a Greyhound bus ready to find herself. Instead, she finds Andrew Parrish.

Sexy and exciting, Andrew lives life like there is no tomorrow. He persuades Camryn to do things she never thought she would and shows her how to give in to her deepest, most forbidden desires. Soon he becomes the center of her daring new life, pulling love and lust and emotion out of her in ways she never imagined possible. But there is more to Andrew than Camryn realizes. Will his secret push them inseparably together-or destroy them forever?

This was originally self published and then acquired by Grand Central Publishing. The paperback version is due out on July 2, 2013. 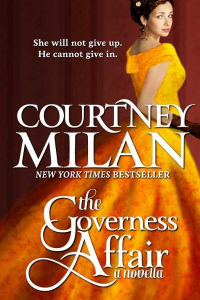 The Governess Affair by Courtney Milan. $ Free at Amazon and Apple

She will not give up.

Three months ago, governess Serena Barton was let go from her position. Unable to find new work, she’s demanding compensation from the man who got her sacked: a petty, selfish, swinish duke. But it’s not the duke she fears. It’s his merciless man of business—the man known as the Wolf of Clermont. The formidable former pugilist has a black reputation for handling all the duke’s dirty business, and when the duke turns her case over to him, she doesn’t stand a chance. But she can’t stop trying—not with her entire future at stake.

He cannot give in.

Hugo Marshall is a man of ruthless ambition—a characteristic that has served him well, elevating the coal miner’s son to the right hand man of a duke. When his employer orders him to get rid of the pestering governess by fair means or foul, it’s just another day at the office. Unfortunately, fair means don’t work on Serena, and as he comes to know her, he discovers that he can’t bear to use foul ones. But everything he has worked for depends upon seeing her gone. He’ll have to choose between the life that he needs, and the woman he is coming to love…

The Governess Affair is a novella of 32,500 words. 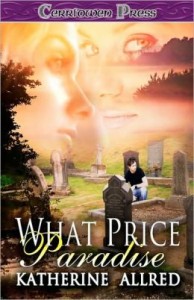 What Price Paradise by Katherine Allred. $ 1.49

All his life Tate McCullom has been taught to be responsible, and he is the very model of what a respectable man should be. Until the night he gets drunk and sleeps with a woman he barely knows.

Now, six weeks later, she’s pregnant, alone, and broke. Once again, Tate must take responsibility for his actions, and makes plans to marry his child’s mother. There’s only one problem…he has to tell his fiancée.

Abby Grayson hasn’t had an easy life. As the daughter of the town whore, people either avoid her or think she’s like her mother. For Abby, it’s a struggle just to fill her belly and keep a roof over her head.

Loneliness and a secret yearning for this man she thought she’d never have led her to spend the night with Tate. But the last thing she needs is a baby when she can barely take care of herself. Desperate, but too proud to ask for help, she finally agrees to accept a job from Tate ? the job of being his wife. Now she has almost everything she’s ever dreamed of.

Unfortunately, only one thing will gain her Tate’s love – his realization that the night he spent with her was no drunken accident. It was a last-ditch attempt to win the woman he really wanted.

Allred has been compared to Barbara Samuels (although in some cases, a little too similar) and this is a good price to try her out. 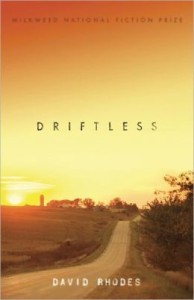 Words, Wisconsin, is absent from state maps but home to a few hundred people, including a middle-aged couple suspicious of schemes by their milk cooperative, an invalid who resents her sister, a woman pastor of a church, a cantankerous retiree, and a former drifter who forever alters the ties that bind a community together.

Apparently this is the first book from Rhodes in 30 years. Per PW “After a 30-year absence from publishing due to a motorcycle accident that left him paralyzed, Rhodes is back with a novel featuring July Montgomery, the hero of his 1975 novel, Rock Island Line, which movingly involves him with the fates of several characters who live in the small town of Words, Wis”