JaneBook DealsDealsComments Off on Daily Deals: From King Arthur to President Lincoln, romances and biographies 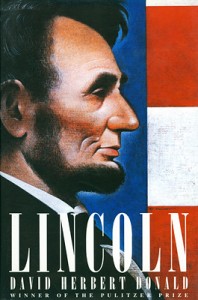 David Herbert Donald’s Lincoln is a stunningly original portrait of Lincoln’s life and presidency. Donald brilliantly depicts Lincoln’s gradual ascent from humble beginnings in rural Kentucky to the ever- expanding political circles in Illinois, and finally to the presidency of a country divided by civil war. Donald goes beyond biography, illuminating the gradual development of Lincoln’s character, chronicling his tremendous capacity for evolution and growth, thus illustrating what made it possible for a man so inexperienced and so unprepared for the presidency to become a great moral leader. In the most troubled of times, here was a man who led the country out of slavery and preserved a shattered Union — in short, one of the greatest presidents this country has ever seen.

Out of all the election books, this might be the least controversial but the most interesting. This not to say that the book is without its critics. I thought this reviewer summarized it best http://www.amazon.com/review/RMKU3KA8GFF58/ref=cm_cr_pr_perm?ie=UTF8&ASIN=068482535X&linkCode=&nodeID=&tag= “While I feel that Mr. Donald’s sober, respectful portrait of Lincoln reflects serious scholarship, I can’t agree that this is the towering literary accomplishment the blurbs suggest. When reading this tome (do you really need such excruciating detail about all those secondary and tertiary 19th century politicians?) one often remembers that the author is an elderly Harvard academic, and not the kind of intuitive storyteller and brilliant writer who is the subject of the book.” 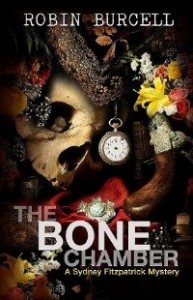 The Bone Chamber by Robin Burcell. $ .99

Mysteriously summoned to Quantico to help re-create the face of a murdered, mutilated young woman, FBI forensic artist Special Agent Sydney Fitzpatrick knows immediately this is no ordinary crime. The hit-and-run death of the forensic anthropologist assisting her—a close friend—and Sydney’s abrupt dismissal from the case by covert government investigators only strengthen her need for answers. Now her hunt for a killer is carrying her from Washington to Rome to the hidden chamber of a legendary tomb—on the trail of a fabled treasure of the Knights Templar . . . and a curse.

For buried deep in the mysteries of the Freemasons and the Vatican’s Holy See is a secret that could rock the world. Suddenly an ancient map is pointing Sydney toward something the Templars wished to hide away forever—something that could unleash an unstoppable tide of blood and devastation.

This is the second novel featuring Sydney Fitzpatrick. The first is “Face of a Killer.” The PW review says it is fun but cliched. For $.99 that seems a fair trade. It is a story that is highly dependent on one’s appreciation for conspiracies and secret societies. 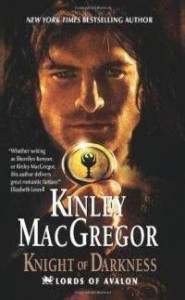 Knight of Darkness by Kinley MacGregor. $ .99

For countless centuries, I’ve been the assassin for the infamous Merlin, even though the woman who birthed me sits at the right hand of our enemy, Morgen le Fey. Now both my mother and Morgen have decided that it’s time I take my place on their side of this conflict.

Normally, telling them no wouldn’t be a problem, except for the fact that the good guys I protect think that I’m an even worse demon than the ones we fight. Hmm, maybe they’re right. I have to say that I do enjoy maiming anyone who gets in my way.

At least until my mother gives me a simple choice: join Morgen’s Circle of the Damned or see an innocent woman die. I’m all for saving the innocent, but Merewyn isn’t as innocent as she seems. And she’s none too fond of the fact that her fate is in my dubious hands. Personally I’m all for taking the easy way out, but leaving her to Morgen is rough, even for me. Now the only way to save both our lives is to face the evilest forces ever known—my mother and Morgen. And two people who know nothing of trust must learn to rely on each other or die: provided we don’t kill each other first.

For those who may not know it, Kinley MacGregor is also Sherrilyn Kenyon. This was originally published in 2006. This is the second book in the Lords of the Avalon series. There is apparently quite a bit of sex in this story which ruined it for some readers. Others felt that the ridiculousness of the story affected their experience. For $.99 you can decide for yourself. 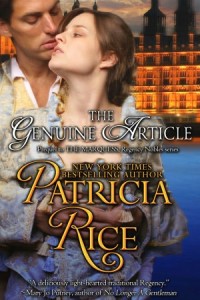 Clever and determined, Lady Marian Lawrence arrived in London to snare a rich husband in hopes of saving her family from ruin—not an easy task given her biting wit and lack of beauty. Hiding her true self, she almost wins the hand of the wealthy, amiable Lord Darley—until Darley’s nefarious best friend blocks their path to the altar.

A man who has vowed never to marry, Reginald Montague is as determined to prevent a fortune hunter from snaring Darley as Marian is to have a wealthy husband. Far from rich but well aware of his aristocratic lineage, Montague is prepared to do anything to stop Marian, including seduce her. With dazzling skill and subtle stratagem, he sets out to change Marian’s dislike for him into desire—as Marian struggles to keep the lie she’s living from being revealed by a truly disastrous love…

Originally published as a Signet Regency, Ms. Rice has re-released it in digital format. There aren’t many reviews that I can find and I don’t remember reading any historical books by Rice.