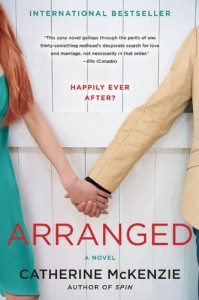 Anne Blythe has a great life: a good job, close friends, and a potential book deal for her first novel. When it comes to finding someone to share her life with, however, she just can’t seem to get it right. When her latest relationship implodes, and her best friend announces she’s engaged, Anne impulsively calls what she thinks is a dating service—only to discover that it’s actually an exclusive, and pricey, arranged marriage service. Anne initially rejects the idea, but the more she learns about the service, the more she thinks: Why not? After all, arranged marriages are the norm for millions of women around the world; maybe it could work for her.

A few months later, Anne is traveling to a Mexican resort, where, over the course of a weekend, she meets and then marries Jack. And initially, everything seems to be working out. . . .

In some cases, negative reviews will sell me on a book and this book even has the “marking you down for bad language” review which I always find humorous. But even the positive reviews had me hesitating at the buy button. The heroine’s name is Anne Blythe and there are several Anne of Green Gables references. I don’t know that I could separate my own vision of Anne from the protag in this book. And maybe the author doesn’t want you to. 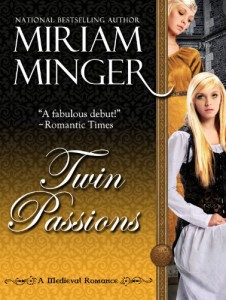 “Miriam Minger is a master storyteller who illustrates the full gamut of emotions felt by her characters. Emotions so strong that you are pulled into the pages and into their lives.” – Inside Romance

Beautiful, feminine Anora finds her wedding plans suddenly shattered. She and her identical twin, tomboyish Gwendolyn, are kidnapped and taken aboard a Viking ship. While the handsome captain mistakes Gwendolyn for a boy and appoints her his servant, Anora captures his heart and he vows to have her. To preserve her sister’s maidenhood, Gwendolyn initiates a dangerous game. Will the twins be rescued before Gwendolyn surrenders to her own passion?

I loved this line from one of the reviews: “Gwendolyn is definitely your typical headstrong, tomboy heroine – which definitely borders on the line between awesome and annoying.” That is so true for so many “feisty” heroines. 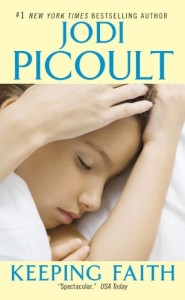 When the marriage of Mariah White and her cheating husband, Colin, turns ugly and disintegrates, their seven-year-old daughter, Faith, is there to witness it all. In the aftermath of a rapid divorce, Mariah falls into a deep depression — and suddenly Faith, a child with no religious background whatsoever, hears divine voices, starts reciting biblical passages, and develops stigmata. And when the miraculous healings begin, mother and daughter are thrust into the volatile center of controversy and into the heat of a custody battle — trapped in a mad media circus that threatens what little stability the family has left.

I have a rocky relationship with Picoult. She certainly doesn’t shy away from handling difficult subjects but she takes a lot of liberties with things like facts and accuracy in order to tell her stories. They are emotional reads but I often feel manipulated at the end. 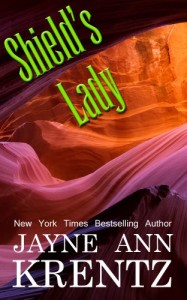 I profiled this book back in June 2012 when the price was $2.74 and now it has dropped to $1.99. According to Carrie, a DA commenter, “Shield’s Lady is part of a futuristic “trilogy” written in the 80?s. The books all stand alone, and in fact are not really connected other than some similarities of world building. It’s far superior to her later futuristic works (even though I have enjoyed those as well). The trilogy starts with Sweet Starfire (the best of the series and perhaps one of the best sci-fi/futuristic romances I’ve read), continues with Crystal Flame (also good) and then Shield’s Lady. Shield’s Lady is a great book. Like I said, they all stand completely alone, so starting with Shield’s Lady is no problem.”