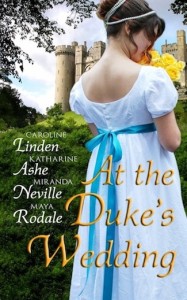 As society gathers at Kingstag Castle for the wedding of the year, matrimony is in the air. But who will be the bride? With swoonworthy lords, witty ladies, eccentric relatives, a gaggle of free-spirited girls, not to mention the world’s best high perch phaeton, it’s a recipe for mayhem–and romance.

Four authors, four couples, four deliciously romantic surprises. When it comes to love, anything can happen…

I haven’t read this as it was just released. It features four novellas:

That Rogue Jack by Maya Rodale
P.S. I Love You by Miranda Neville
When I Met My Duchess by Caroline Linden
How Angela Got Her Rogue Back by Katharine Ashe 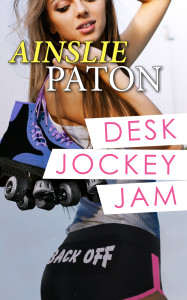 Anthony Gambese thought he had life sussed. Happy family, good mates, the freedom of surfing, a new career, and enough action in the bedroom to keep him well satisfied. He had no idea. But two chicks were about to show him the error of his ways, trashing his love life, stealing his promotion and challenging his honour. And that was before he discovered what a roller derby doll could do by skating over his heart.

Like a roller derby jam, this novella is tight packed, fast and furious.

It can be read alone or as a follow up to Grease Monkey Jive. It tells the story of Ant Gambese, the last of Dan’s mates not felled by a girl who was exactly what he needed, and didn’t see coming.

I debated whether to include this deal because it is only available at Amazon. It’s free, though, and seems fun because how many books have you read about Roller Derby girls? None, right? (Although I hear Tamara Morgan might be doing one of those?)

I liked Grease Monkey Jive a lot so I can’t wait to see what happens to Anthony. 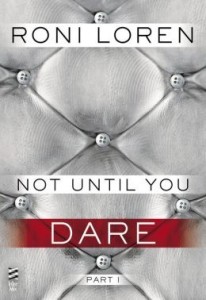 Not Until You by Roni Loren. $ Free at Goodreads

From the author of the Loving on the Edge novels comes a story of a good girl who discovers that once you dare to cross some lines, it’s hard to turn back…

On the night of her graduation, innocent veterinary student Cela decides to play a game of Never Have I Ever with the two hot neighbors she’s been quietly crushing on for the last year. Always the prim and proper student, Cela thinks she’s earned a wild night before she has to move back home under the watchful gaze of her family. But what starts out as a simple game is about to take a very sensual turn…

But when his quiet, sweet-as-sugar neighbor shows up at their door with a bottle of tequila and an invitation, Foster decides he and Pike may have time for one more fling…

*This will be an e-serial, releasing in 8 parts.

Roni Loren and her publisher are offering the first entry in the upcoming “Not Until You” serial for free on Goodreads. It’s a PDF file but you can download it to your computer or tablet for easy reading. I’ve not read it yet. 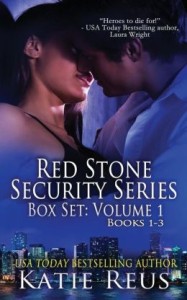 No One to Trust:

Elizabeth Martinez has never been able to turn her back on her brother. When his risky lifestyle finally lands him in harm’s way, Elizabeth finds herself dragged into the dangerous underworld and into the path of one of Miami’s death-dealing drug lords. Only after her ex-boyfriend saves her does she realize she has no choice but to depend on former Marine Porter Caldwell, the one man she’s tried desperately to forget.

After an explosion leaves former detective Grant Caldwell scarred he tries to hide from the outside world. But when Belle Manikas, his beautiful neighbor, finds herself at the mercy of a violent stalker Grant sees it as his duty to protect her. Even though he knows he’d never have a chance with her-not with his disfigurement-he’ll do anything to keep her safe.

Mara Caldwell is a woman with a dark past. She made a clean break from her old life, never imagining her secrets could come back to haunt her. When an old enemy surfaces and threatens the world she’s created for herself Mara is prepared to give up everything, including the husband she loves if it will keep him safe.

Harrison knew his wife had secrets when he married her, but when he discovers the truth, it’s far worse than he imagined. He’s determined to protect her from a deadly enemy who wants to destroy her, but her lack of faith in him infuriates and wounds him. They must work together to keep her safe, but the man they’re up against seeks to destroy everything they’ve built together. Including their lives.

Each of the three stories are novellas so together, it is one long-ish book but still a good deal at 99c. I’ve read Reus and she ranges from sexy to silly and sometimes both in the same story.