Daily Deals: Freebies and discounts for the hard bitten detective lover to the contemporary romance reader 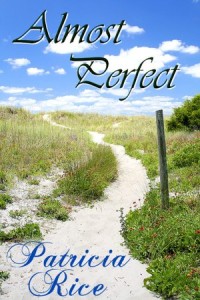 Cleo Alyssum would do anything to transform herself into the kind of mother her young son needs, but she’s learned from hard experience that people only wreck her life, making it tough to prove that she deserves her son back. Celebrated cartoonist Jared McCloud is just the kind of sexy, artistic, impossibly bull-headed extrovert who can shatter her carefully constructed serenity and ruin her chance to be perfect. But how can she avoid a man who doesn’t grasp the meaning of no or resist him when he breaches all her No Trespassing signs?

Patricia Rice contacted me to let me know that she is also an author part of Book View Cafe and is offering several of her books at a discount. I’ll feature those individually over the next few days. One of my favorite books by Rice is “Blue Clouds” and this book kind of reminds me of it. I’m going to pick it up. 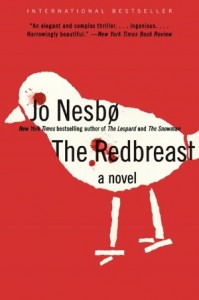 Detective Harry Hole embarrassed the force, and for his sins he’s been reassigned to mundane surveillance tasks. But while monitoring neo-Nazi activities in Oslo, Hole is inadvertently drawn into a mystery with deep roots in Norway’s dark past—when members of the nation’s government willingly collaborated with Nazi Germany. More than sixty years later, this black mark won’t wash away, and disgraced old soldiers who once survived a brutal Russian winter are being murdered, one by one. Now, with only a stained and guilty conscience to guide him, an angry, alcoholic, error-prone policeman must make his way safely past the traps and mirrors of a twisted criminal mind. For a hideous conspiracy is rapidly taking shape around Hole—and Norway’s darkest hour may still be to come.

Ned really loved this series and I paid full price for each of them. I told him he had expensive reading tastes! 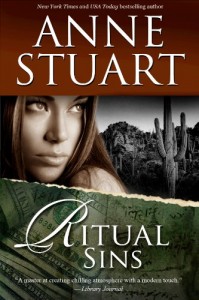 Rachel Connery is a woman with a mission—to destroy Luke Bardell, the charismatic man who seduced millions of dollars from her dying mother, thus robbing Rachel of her inheritance. Now Rachel wants revenge—and she’s willing to enter Luke’s lair and risk the lure of his magnetic personality to get it. Luke Bardell is a master manipulator. He always gets what he wants from people, and Rachel Connery looks like an especially easy mark, She is beautiful and angry and spoiled, and the challenge of melting her icy exterior inspires him. For Luke it is a standard ritual. But desire is a dangerous weapon that cuts two ways. Rachel could get trapped in a nightmare of forbidden feelings…or she could use her strength and intelligence and fierce will to find a way into Luke’s heart and force his utter surrender to her—body and soul.

It looks like we’ve reviewed several Anne Stuart books (https://dearauthor.com/book-author/anne-stuart-2/) but not this one. I’m sure it has an evil villain hero, though. 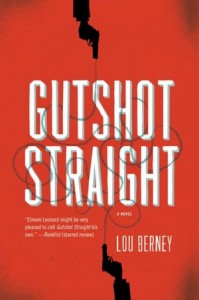 Professional wheel man Charles “Shake” Bouchon is too nice a guy for the life he’s led and not nice enough for any other. Fresh out of prison, he’s supposed to deliver a package to Vegas strip-club owner Dick “the Whale” Moby and pick up a briefcase for Shake’s former boss and lover, Alexandra Ilandryan, pakhan of L.A.’s Armenian mob. But when the “package” turns out to be Gina, a wholesome young housewife, Shake decides to set her free—a move as noble as it is boneheaded.

Now Shake and Gina are on the run in Panama—looking to unload the briefcase’s unusual contents while outmaneuvering two angry crime bosses, a heartbroken ex-linebacker, and a sadistic thug plagued by erectile superfunction. And Shake’s learning that Gina is less wholesome and more complicated than he initially imagined.

From the Starred PW Review: “Virtually every character is memorable, and the chemistry between Shake and Gina, the gorgeous and devious stripper, is brilliant. The plot turns are constant, and the dialogue is sharp. The bad guys are wonderfully scary, and the locales—Las Vegas and Panama—are vividly drawn. The estimable Elmore Leonard might be very pleased to call Gutshot Straight his own”