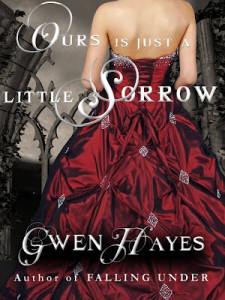 Ours Is Just a Little Sorrow by Gwen Hayes. $ FREE

The colony of New Geneva has risen from the ashes of her dying mother planet, Earth, by rebuilding a society based on a time before everything went horribly, horribly wrong…the Victorian Era…

Violet Merriweather first sets eyes on Colonel Winston when he purchases her at auction from Witherspoon Academy, the orphanage where she’d been raised after her rescue from Earth. Dutifully, as she was taught, Violet pushes away her fear of the monstrous, forbidding Thornfield Abbey, and throws herself into her work as governess to the Colonel’s youngest son.

But the Colonel’s elder sons have other ideas.

John and Gideon Winston are as different as night and day, and each wants to claim Violet for his own. John immediately charms her with his intelligence and cordial demeanor, while Gideon, the dark rogue, delights in flustering her at every opportunity, awakening a yearning she doesn’t understand and most assuredly does not want. She tries to deny her pull to both men, but an uneasy midnight bargain with one forges a new alliance as she’s dazzled by an underground New Geneva she hadn’t known existed. And temptations she cannot resist.

But something is preying on the women of New Geneva, something that threatens to unleash the ghosts of Thornfield and drag them all into hell. And that something wants Violet most of all.

Gwen Hayes (commenter here at DA) is offering her novella, “Ours is Just a Little Sorrow” for free. The coupon code dearauthor expires at May 4, 11:59 PM. You get DRM free mobi, epub and pdf files in one zip.

Shop here to use the coupon code and if you have questions, try http://www.gwenhayes.com/p/faq.html 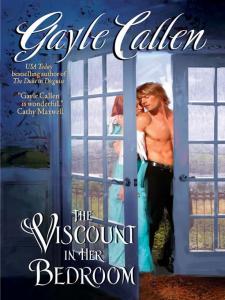 The Viscount in Her Bedroom by Gayle Callen. $ 1.99

She never knew the true meaning of desire until she was tempted by . . . The Viscount in Her Bedroom.

I reviewed The Viscount in Her Bedroom featuring a blind hero: Overall, this story of a blind man and his search for happiness was lovely surprise and I did enjoy it. Next time I read you, I hope there is the same good showing but less of the telling. C+ 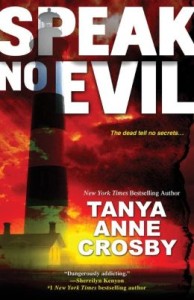 Lifting the veil of secrecy on a grand Southern family in decline, author Tanya Anne Crosby explores the lives of Caroline, Augusta, and Savannah Aldridge, three sisters who share a dark past and an uncertain future…

Caroline Aldridge was surprised by the number of mourners at her mother’s funeral. Evidently the newspaper heiress who had caused her children so much pain was well-loved by everyone else in Charleston. Now she was gone, leaving behind countless secrets–and a few demands: Caroline and her sisters must live together for one year or lose their inheritance. And Caroline must take over The Tribune. But a killer is making headlines, and Caroline may have unwittingly stepped into the crosshairs…

A series of kidnappings and murders resurrect the sisters’ memories of their brother’s disappearance as a child–and Caroline fears she may be next. Yet in the midst of her turmoil, she may be rekindling a romance she’d extinguished long ago. With Jack back in her life and the tattered bonds of sisterhood slowly mending, Caroline hopes the family can restore its position in Charleston society–unless a sinister force beyond their control tears them apart forever. . .

This book was originally published in March 2103. I’m not sure if it was a digital only sort of thing. There are almost no reviews for the book and the ones left aren’t terribly illuminating. 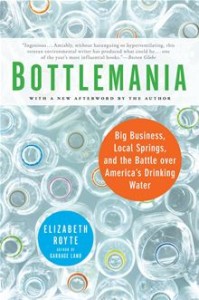 Second only to soda, bottled water is on the verge of becoming the most popular beverage in the country. The brands have become so ubiquitous that we’re hardly conscious that Poland Spring and Evian were once real springs, bubbling in remote corners of Maine and France. Only now, with the water industry trading in the billions of dollars, have we begun to question what it is we’re drinking.

In this intelligent, accomplished work of narrative journalism, Elizabeth Royte does for water what Michael Pollan did for food: she finds the people, machines, economies, and cultural trends that bring it from distant aquifers to our supermarkets. Along the way, she investigates the questions we must inevitably answer. Who owns our water? How much should we drink? Should we have to pay for it? Is tap safe water safe to drink? And if so, how many chemicals are dumped in to make it potable? What happens to all those plastic bottles we carry around as predictably as cell phones? And of course, what’s better: tap water or bottled?

From PW “Not all tap water is perfectly pure, writes Royte, still, 92% of the nation’s 53,000 local water systems meet or exceed federal safety standards and “it is the devil we know,” at least as good and often better than bottled water. This portrait of the science, commerce and politics of potable water is an entertaining and eye-opening narrative. “