Daily Deals: Football in the 70s and Futuristic Erotica 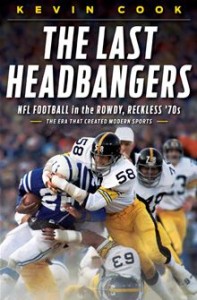 The SuperBowl is Sunday so it seems apropos to list this deal. The price is reflected at Google and Amazon. 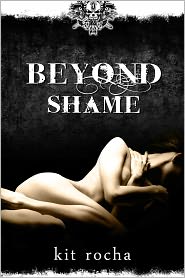 **Limited Time Sale Price: Beyond Shame is on sale for $0.99 through Sunday, February 3rd, only!**

A dangerous world of sex, lust and violence…

All Noelle Cunningham has ever wanted is a life beyond–beyond the walls of Eden, where only the righteous are allowed to remain, and beyond her stiflingly restrictive existence as a councilman’s daughter. But only ruins lie outside the City, remnants of a society destroyed by solar storms decades earlier.

The sectors surrounding Eden house the corrupt, the criminal–men like Jasper McCray, bootlegger and cage fighter. Jas clawed his way up from nothing to stand at the right hand of Sector Four’s ruthless leader, and he’ll defend the O’Kane gang with his life. But no fight ever prepared him for the exiled City girl who falls at his feet.

Her innocence is undeniable, but so is their intense sexual attraction, and soon they’re crossing every boundary Noelle barely knew she had. But if she wants to belong to Jas, first she’ll have to open herself to the gang, and to a world where passion is power, and freedom is found in submission.

I reviewed this book when it was released last fall. This is promising start to a series and there are a ton of interesting stories to be told. Dallas and Lex are struggling for relationship power; Dallas is a world weary king. Ace is a guy who loves all women but wants one in particular who seems to show no interest in him. The ending felt like the beginning of a relationship between Jasper and Noelle and despite its unfinished nature, I’m still wildly curious to see where Kit Rocha takes me. 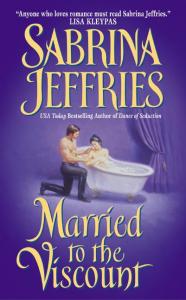 Married to the Viscount by Sabrina Jeffries. $ 1.99.

Abigail Mercer was breathless with anticipation at being reunited with Spencer Law, whom she met once and later married by proxy. But now the dashing Viscount Ravenswood denies all knowledge of their union! Far too many witnesses have made it impossible for the secretive Spencer to reject his “bride” without causing a scandal. So he has proposed a marriage in-name-only until they can locate his mysteriously absent younger brother—who is responsible for everything!—and untangle this messy affair.

Abigail is incensed, irate . . . and irresistibly attracted to this handsome, infuriating man who hides his smoldering passion behind a proper exterior. So the lady will agree to his terms on one condition: Spencer must seal their bargain with a kiss. But he finds that one deep, lingering, unforgettable kiss isn’t nearly enough. And keeping his hands off his pretty wife is going to be much harder than he thought . . .

Book 5 of the Swanlea Spinsters series. Dev on Goodreads gave it a 3 star but said “I loved watching his change from the uptight viscount to simply a man in love with his wife…definitely a recommended read.” 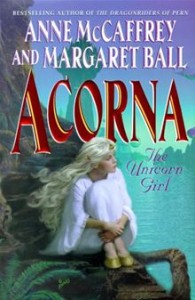 “Something’s Alive In There!”

She was just a little girl, with a tiny horn in the center of her forehead, funny-looking feet, beautiful silver hair, and several curious powers: the ability to purify air and water, make plants grow, and heal scars and broken bones. A trio of grizzled prospectors found her drifting in an escape pod amid the asteroids, adopted her, and took her to the bandit planet Kezdet, a place where no questions are asked and the girl might grow up free.

But Kezdet has its own dark secret. The prosperity of the planet is based on a hideous trade in child slave labor, administered by “The Piper” — a mystery man with special plans for Acorna and her powers. But free little girls have a way of growing into freedom-loving young women, and Acorna has special plans all her own. . .