Daily Deals: Football and vampires. Just was is needed to celebrate the draft. 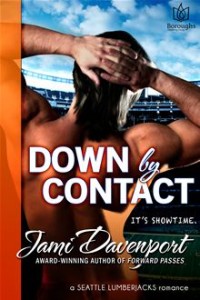 After twelve years in the league, all Zach Murphy wants is a Super Bowl ring. He’s been about hard hits not smooth manners, about breaking quarterbacks not making small talk at cocktail parties. But now he’s shattered something else. After dumping a tray of drinks on the team owner’s snooty daughter and accidentally feeling up the Governor’s wife, his tenure with his team looks perilously short. And things are getting worse.

Life is looking up for Kelsie Carrington-Richmond. A onetime beauty pageant star and mean girl, she only recently stopped living out of her car. But both those times have passed. Her Finishing School for Real Men has a real shot, and the Seattle Lumberjacks have hired her to polish up their roughest player. Except…it’s Zach. Long ago she broke his heart. He’s just the beast she remembers—gruff, protective—but she’s nothing like the beauty from his past. Yet, getting knocked down happens, and getting back up makes a contender. And they both have the hearts of champions.

This is the third in the Seattle Lumberjack series. The second, Forward Passes, is also on sale for 99c. Fourth and Goal, the first, is published by Loose Id and is a price $7.99. I read the first in the series and thought it was promising. The author clearly knew a lot about the sport and try to integrate it into the story. A probably give her another try, particularly at this price.

Even though this is a series, my guess is that you would be able to pick up the second and third books without feeling lost. 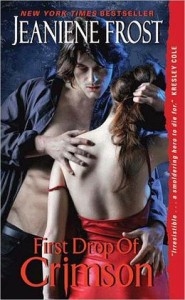 From the New York Times bestselling author of the Night Huntress series comes a breathtaking new journey to the dark side of desire.

The night is not safe for mortals. Denise MacGregor knows all too well what lurks in the shadows—her best friend is half-vampire Cat Crawfield—and she has already lost more than the average human could bear. But her family’s past is wrapped in secrets and shrouded in darkness—and a demon shapeshifter has marked Denise as prey. Now her survival depends on an immortal who lusts for a taste of her.

He is Spade, a powerful, mysterious vampire who has walked the earth for centuries and is now duty-bound to protect this endangered, alluring human—even if it means destroying his own kind. Denise may arouse his deepest hungers, but Spade knows he must fight his urge to have her as they face the nightmare together . . .

Because once the first crimson drop falls, they will both be lost.

This is the first book in the Night Huntress World series, the first spin off of the Cat and Bones books. This book has a lot of positive reviews. If you are a fan of vampire stories and Frost, this would probably be perfect for you. 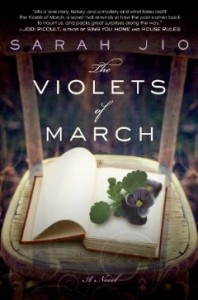 A heartbroken woman stumbled upon a diary and steps into the life of its anonymous author.

In her twenties, Emily Wilson was on top of the world: she had a bestselling novel, a husband plucked from the pages of GQ, and a one-way ticket to happily ever after.

Ten years later, the tide has turned on Emily’s good fortune. So when her great-aunt Bee invites her to spend the month of March on Bainbridge Island in Washington State, Emily accepts, longing to be healed by the sea. Researching her next book, Emily discovers a red velvet diary, dated 1943, whose contents reveal startling connections to her own life.

A mesmerizing debut with an idyllic setting and intriguing dual story line, The Violets of March announces Sarah Jio as a writer to watch.

It is a book published by Penguin who is just now starting to dabble in the discounted price arena. The Library Journal reviewed this book and called it a blend of history, mystery, and romance. It suggested that fans of The Postmistress by Sarah Blake would enjoy it. 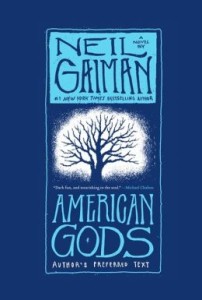 irst published in 2001, American Gods became an instant classic—an intellectual and artistic benchmark from the multiple-award-winning master of innovative fiction, Neil Gaiman. Now discover the mystery and magic of American Gods in this tenth anniversary edition. Newly updated and expanded with the author’s preferred text, this commemorative volume is a true celebration of a modern masterpiece by the one, the only, Neil Gaiman.

Locked behind bars for three years, Shadow did his time, quietly waiting for the magic day when he could return to Eagle Point, Indiana. A man no longer scared of what tomorrow might bring, all he wanted was to be with Laura, the wife he deeply loved, and start a new life.

But just days before his release, Laura and Shadow’s best friend are killed in an accident. With his life in pieces and nothing to keep him tethered, Shadow accepts a job from a beguiling stranger he meets on the way home, an enigmatic man who calls himself Mr. Wednesday. A trickster and rogue, Wednesday seems to know more about Shadow than Shadow does himself.

Life as Wednesday’s bodyguard, driver, and errand boy is far more interesting and dangerous than Shadow ever imagined—it is a job that takes him on a dark and strange road trip and introduces him to a host of eccentric characters whose fates are mysteriously intertwined with his own. Along the way Shadow will learn that the past never dies; that everyone, including his beloved Laura, harbors secrets; and that dreams, totems, legends, and myths are more real than we know. Ultimately, he will discover that beneath the placid surface of everyday life a storm is brewing—an epic war for the very soul of America—and that he is standing squarely in its path.

Relevant and prescient, American Gods has been lauded for its brilliant synthesis of “mystery, satire, sex, horror, and poetic prose” (Michael Dirda, Washington Post Book World) and as a modern phantasmagoria that “distills the essence of America” (Seattle Post-Intelligencer). It is, quite simply, an outstanding work of literary imagination that will endure for generations.

this book is priced differently at nearly every retailer. Amazon has it for $1.99 and Barnes & Noble has it for $3.99.

Good Omens is also the Barnes & Noble Nook and priced at $1.99 and price match by Amazon here.