Daily Deals: First in a series of books 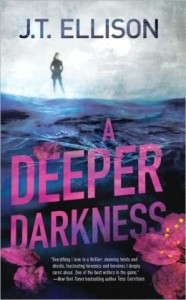 As a medical examiner, Samantha Owens knows her job is to make a certain sense of death with crisp methodology and precision instruments.

But the day the Tennessee floods took her husband and children, the light vanished from Sam’s life. She has been pulled into a suffocating grief no amount of workaholic ardor can penetrate—until she receives a peculiar call from Washington, D.C.

On the other end of the line is an old boyfriend’s mother, asking Sam to do a second autopsy on her son. Eddie Donovan is officially the victim of a vicious carjacking, but under Sam’s sharp eye the forensics tell a darker story. The ex-Ranger was murdered, though not for his car.

Forced to confront the burning memories and feelings about yet another loved one killed brutally, Sam loses herself in the mystery contained within Donovan’s old notes. It leads her to the untouchable Xander, a soldier off-grid since his return from Afghanistan, and then to a series of brutal crimes stretching from that harsh mountainous war zone to this nation’s capital. The tale told between the lines makes it clear that nobody’s hands are clean, and that making sense of murder sometimes means putting yourself in the crosshairs of death.

I read Ellison when she first debuted with Harlequin and enjoyed the blend of mystery and romance. I can’t tell you why I drifted away. 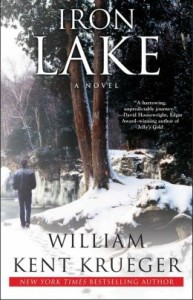 Part Irish, part Anishinaabe Indian, Corcoran “Cork” O’Connor is the former sheriff of Aurora, Minnesota. Embittered by his “former” status, and the marital meltdown that has separated him from his children, Cork gets by on heavy doses of caffeine, nicotine, and guilt. Once a cop on Chicago’s South Side, there’s not much that can shock him. But when the town’s judge is brutally murdered, and a young Eagle Scout is reported missing, Cork takes on a mind-jolting case of conspiracy, corruption, and scandal.

As a lakeside blizzard buries Aurora, Cork must dig out the truth among town officials who seem dead-set on stopping his investigation in its tracks. But even Cork freezes up when faced with the harshest enemy of all: a small-town secret that hits painfully close to home.

BN is advertising a sale on the first in a series which I always think is a great way to jump start a reader. 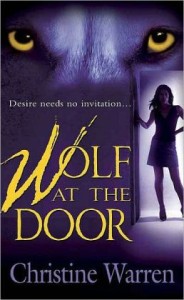 Sullivan Quinn didn’t travel 3,000 miles from his native Ireland and his wolf pack just to chase rabidly after the most delectable quarry he’s ever seen. Quinn is in America on a mission—to warn his Other brethren of a shadowy group willing to use murder and mayhem to bring them down. But one whiff of this Foxwoman’s delicious honeysuckle fragrance and he knows that she is more than a colleague or a conquest…she is his mate.

Now, with no one to trust but each other, Quinn and Cassidy face a foe that’s edging closer every day, threatening to destroy the life they’ve always known, and the passion they’ve just discovered…

This series was first published by Ellora’s Cave and Warren was one of the first digital authors to get picked up by a mainstream publisher. But a lot of these books readers bought when they were EC titles so be sure to check your library. 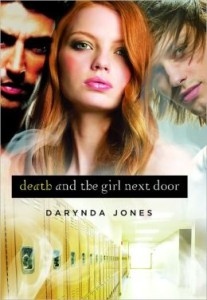 Darynda Jones, author of The New York Times bestselling series that began with First Grave on the Right, brings us Death and the Girl Next Door, a thrilling Young Adult novel garnering high praise and early buzz from major authors

Ten years ago, Lorelei’s parents disappeared without a trace. Raised by her grandparents and leaning on the support of her best friends, Lorelei is finally beginning to accept the fact that her parents are never coming home. For Lorelei, life goes on.

High school is not quite as painful as she thinks it will be, and things are as normal as they can be. Until the day the school’s designated loner, Cameron Lusk, begins to stalk her, turning up where she least expects it, standing outside her house in the dark, night after night. Things get even more complicated when a new guy—terrifying, tough, sexy Jared Kovach—comes to school. Cameron and Jared instantly despise each other and Lorelei seems to be the reason for their animosity. What does Jared know about her parents? Why does Cameron tell Jared he can’t have Lorelei? And what will any of them do when Death comes knocking for real? Thrilling, sassy, sexy, and inventive, Darynda Jones’s first foray into the world of teens will leave readers eager for the next installment.

The guy on the right looks like a young Viggo Mortensen while the guy on the left looks like an old somebody or other. Maybe the love triangle is between the young woman, her dad, and her boyfriend. Ah, a classic tale of patriarchal power.

In any event, I know a lot of readers enjoyed the First Grave series but I feel that this obvious love triangle on the cover is a relic of YA love stories that are no longer in vogue.