Kobo is having a 90% off selected titles sale. The coupon is 90BK. There are a couple of Heyer books, some Harlequin books and Kristen Ashley’s Golden Dynasty which is like Warprize + KA books (Mary Sue alert. Her happiness makes flowers grow. No lie) 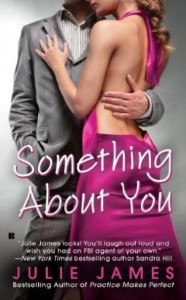 There’s something about Julie James…

Staying overnight in a luxury hotel, Assistant U.S. Attorney Cameron Lynde overhears a high-profile murder involving a U.S. Senator. Special Agent Jack Pallas is assigned to the investigation-the same Jack Pallas who still blames her for nearly ruining his career three years ago. Now the pair will have to put their rocky past behind them, focus on the case at hand-and smother the flame of their sizzling-hot sexual tension.

If you have ever wondered why we rave about Julie James, now is your time to find out at the low price of $1.99. Something About You is the first in the FBI/US Attorney series. James writes smart heroines and sexy heroes. These are modern romances and yes, there is a motorcycle scene. 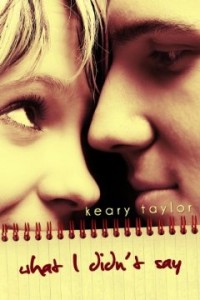 Getting drunk homecoming night your senior year is never a good idea, but Jake Hayes never expected it all to end with a car crash and a t-post embedded in his throat.

His biggest regret about it all? What he never said to Samantha Shay. He’s been in love with her for years and never had the guts to tell her. Now it’s too late. Because after that night, Jake will never be able to talk again.

When Jake returns to his small island home, population 5,000, he’ll have to learn how to deal with being mute. He also finds that his family isn’t limited to his six brothers and sisters, that sometimes an entire island is watching out for you. And when he gets the chance to spend more time with Samantha, she’ll help him learn that not being able to talk isn’t the worst thing that could ever happen to you. Maybe, if she’ll let him, Jake will finally tell her what he didn’t say before, even if he can’t actually say it.

There are a number of New Adult books that deal with the repercussions of drunk driving (although most of the time the protagonists are often the passengers and not the actual drivers). I think that type of topic is perfect for the YA/NA book because it is a very realistic tragedy, unfortunately. As for this particular book, I purchased it a while back but I was never able to finish it. 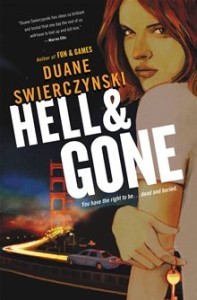 Left for dead after an epic shootout that blew the lid off a billion-dollar conspiracy, ex-cop Charlie Hardie quickly realizes that when you’re dealing with The Accident People, things can get worse. Drugged, bound and transported by strange operatives of unknown origin, Hardie awakens to find himself captive in a secret prison that houses the most dangerous criminals on earth.

And then things get really bad. Because this isn’t just any prison. It’s a Kafkaesque nightmare that comes springloaded with a brutal catch-22: Hardie’s the warden. And any attempt to escape triggers a “death mechanism” that will kill everyone down here–including a group of innocent guards. Faced with an unworkable paradox, and knowing that his wife and son could be next on the Accident People’s hit list, Hardie has only one choice: fight his way to the heart of this hell hole and make a deal with the Devil himself.

There are many positive reviews but the negative ones focus primarily on the unbelievable nature of the story with its over the top situations and incredulous set ups. 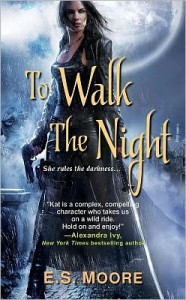 Even a vampire has to face her inner demons. . .

Kat Redding is the very thing she hunts: a vampire, thirsting for blood, capable of killing any creature unlucky enough to get in her path. The difference is, Kat kills her own kind in order to protect human Purebloods. She’s good at what she does. Good enough to earn the nickname Lady Death–and the enmity of every bloodthirsty being around. But now a vampire Count is intent on merging his House with a werewolf cult to create a force of terrifying power.

Kat can’t allow that to happen. Even if it means taking on a den of weres and a vampire more ruthless than any she’s encountered before. She has the weapons, the skill, and a few allies. But that may not be enough to eliminate the Count before her own dark nature rises to the surface–and costs her whatever is left of her humanity. . .

PW gave this a pretty scathing review “A reader who has spent the past two decades completely isolated from all film and fiction that features war among vampires, werewolves, and vampire-hunters might find something to enjoy in this flimsy story, but urban fantasy and paranormal fans will be unimpressed by Moore’s lurching pacing, lazy world-building, two-dimensional heroine, and moments of sophomoric pseudo-introspection like “Even my black hair didn’t betray the darkness that lurked inside.””