Harlequin is having a 50% off sale on all books, print or ebook, December 25 at Harlequin.com (50% off list price, so an extra 30% off the “Our Price” on the site). The coupon code SP51225C will be posted on our Christmas Countdown page www.harlequin.com/christmascountdown and will be active from midnight EST to 11:59pm EST. The code can be used once per person. 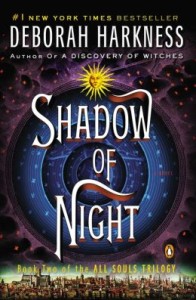 The #1 New York Times–bestselling sequel to A Discovery of Witches is as “enchanting, engrossing, and as impossible to put down as its predecessor” (Miami Herald)

J. K. Rowling, Stephenie Meyer, Anne Rice—only a few writers capture the imagination the way that Deborah Harkness has done with books one and two of her New York Times–bestselling All Souls trilogy. A Discovery of Witches introduced reluctant witch Diana Bishop, vampire geneticist Matthew Clairmont, and the battle for a lost, enchanted manuscript known as Ashmole 782.
Harkness’s much-anticipated sequel, Shadow of Night, picks up from A Discovery of Witches’ cliffhanger ending. Diana and Matthew time-travel to Elizabethan London and are plunged into a world of spies, magic, and a coterie of Matthew’s old friends, the School of Night. As the search for Ashmole 782 deepens and Diana searches for a witch to tutor her in magic, the net of Matthew’s past tightens around them, and they embark on a very different—and vastly more dangerous—journey.

I think the reviews I heard of this book was that it was interesting but slow. 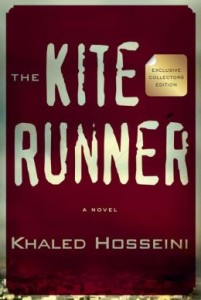 The 10th anniversary edition of the New York Times bestseller and international classic loved by millions of readers.

The unforgettable, heartbreaking story of the unlikely friendship between a wealthy boy and the son of his father’s servant, The Kite Runner is a beautifully crafted novel set in a country that is in the process of being destroyed. It is about the power of reading, the price of betrayal, and the possibility of redemption; and an exploration of the power of fathers over sons—their love, their sacrifices, their lies.

A sweeping story of family, love, and friendship told against the devastating backdrop of the history of Afghanistan over the last thirty years, The Kite Runner is an unusual and powerful novel that has become a beloved, one-of-a-kind classic.

PW writes ” The character studies alone would make this a noteworthy debut, from the portrait of the sensitive, insecure Amir to the multilayered development of his father, Baba, whose sacrifices and scandalous behavior are fully revealed only when Amir returns to Afghanistan and learns the true nature of his relationship to Hassan. Add an incisive, perceptive examination of recent Afghan history and its ramifications in both America and the Middle East, and the result is a complete work of literature that succeeds in exploring the culture of a previously obscure nation that has become a pivot point in the global politics of the new millennium.” 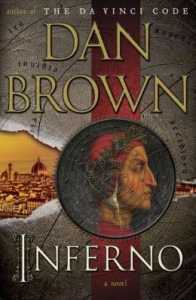 In his international blockbusters The Da Vinci Code, Angels & Demons, and The Lost Symbol, Dan Brown masterfully fused history, art, codes, and symbols. In this riveting new thriller, Brown returns to his element and has crafted his highest-stakes novel to date.

In the heart of Italy, Harvard professor of symbology Robert Langdon is drawn into a harrowing world centered on one of history’s most enduring and mysterious literary masterpieces . . . Dante’s Inferno.

Against this backdrop, Langdon battles a chilling adversary and grapples with an ingenious riddle that pulls him into a landscape of classic art, secret passageways, and futuristic science. Drawing from Dante’s dark epic poem, Langdon races to find answers and decide whom to trust . . . before the world is irrevocably altered.

Sounds like a classic Dan Brown novel–fast paced but questionable. Booklist ” Fans will once more enjoy the through line of the Langdon formula—the race to find a find an iconic object at the corner of deadly thrills and plot twists. The negatives are here, too: paper-thin characters and windy descriptions. But for those hungry for more Brown, this has some meat on its bones” 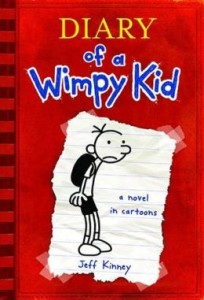 Boys don’t keep diaries—or do they?
The launch of an exciting and innovatively illustrated new series narrated by an unforgettable kid every family can relate to

It’s a new school year, and Greg Heffley finds himself thrust into middle school, where undersized weaklings share the hallways with kids who are taller, meaner, and already shaving. The hazards of growing up before you’re ready are uniquely revealed through words and drawings as Greg records them in his diary.

In book one of this debut series, Greg is happy to have Rowley, his sidekick, along for the ride. But when Rowley’s star starts to rise, Greg tries to use his best friend’s newfound popularity to his own advantage, kicking off a chain of events that will test their friendship in hilarious fashion.

Author/illustrator Jeff Kinney recalls the growing pains of school life and introduces a new kind of hero who epitomizes the challenges of being a kid. As Greg says in his diary, “Just don’t expect me to be all ‘Dear Diary’ this and ‘Dear Diary’ that.” Luckily for us, what Greg Heffley says he won’t do and what he actually does are two very different things.

Since its launch in May 2004 on Funbrain.com, the Web version of Diary of a Wimpy Kid has been viewed by 20 million unique online readers. This year, it is averaging 70,000 readers a day.

This is a wildly popular series but I don’t love it. I think Greg Heffley is a jerk and a terrible friend but I suppose that’s what attracts millions of readers to him.