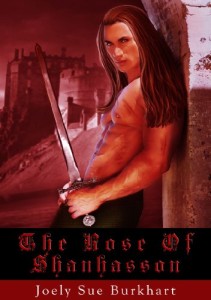 The Rose of Shanhasson by Joely Sue Burkhart. $ .99 at AMZN | Smashwords

As Our Blessed Lady’s last daughter, Shannari must rule as High Queen or the Green Lands will fall into eternal darkness. Her destiny is to shine against the Shadow, protect the land and people with her magic, and keep the Blackest Heart of Darkness imprisoned. Her blood is the key, powered by the love in her heart. However, Shannari’s heart is broken, her magic is crippled, and the nobles must have forgotten the dire prophesies, because everyone wants her dead.

Only love can restore her magic, but her scars testify how love can be corrupted. So when a barbarian warlord conquers her army and professes a love like no other, Shannari’s first instinct is to kill the mighty Khul. Even worse, one of the Khul’s guards used to be an assassin–a very skilled assassin, if the darkness in the Blood’s eyes is any indication. The same darkness festers deep in her heart and draws her to the wickedly dangerous man as inexorably as his Khul’s unshakable honor. Her weakening heart is not only torn between love and duty, but also between two magnificent warriors.

Yet neither warrior will be able to help her when Shadow calls her name.

The Rose of Shanhasson (Smashwords) 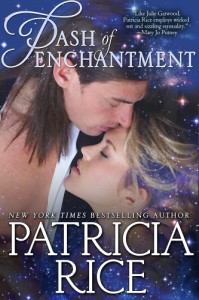 Dash of Enchantment by Patricia Rice. $ .99

Previously published as Touched By Magic

Lady Cassandra Howard has frequented gambling hells as her father’s lucky charm since childhood – but luck ran out along the way. Now, her brother intends to sell her into marriage with a wealthy, dissolute rake. Cass has done many things for her family, but this won’t be one of them.

Her neighbor, “Saint” Wyatt Mannering, Earl of Merrick, has chosen a bride – one as proper and virtuous as he. But when lovely Cass attempts to trick him into marriage with seduction, he’s almost tempted – except she’s much too naïve to be a seductress and his conscience won’t let him.

By saving her reputation, he ruins her life. After a young man nearly dies in a duel attempting to protect Cass from her abusive husband, she flees to her burned-out home in the country – the estate next to Wyatt’s, where she vows never to be dependent on another man, including the earl, who is rapidly losing his halo over his ravishing new neighbor. 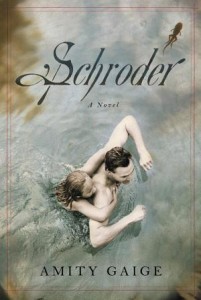 A lyrical and deeply affecting novel recounting the seven days a father spends on the road with his daughter after kidnapping her during a parental visit.

SCHRODER relates the story of Eric’s urgent escape years later to Lake Champlain, Vermont, with his six-year-old daughter, Meadow, in an attempt to outrun the authorities amid a heated custody battle with his wife, who will soon discover that her husband is not who he says he is. From a correctional facility, Eric surveys the course of his life to understand-and maybe even explain-his behavior: the painful separation from his mother in childhood; a harrowing escape to America with his taciturn father; a romance that withered under a shadow of lies; and his proudest moments and greatest regrets as a flawed but loving father.Alternately lovesick and ecstatic, Amity Gaige’s deftly imagined novel offers a profound meditation on history and fatherhood, and the many identities we take on in our lives–those we are born with and those we construct for ourselves.

The cover of this book was arresting and the plot even more so. I look at these books sometimes and think, if only I had more time to read. 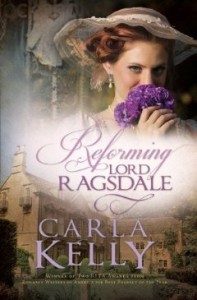 Emma Costello owes a debt of honor to one of the most dishonorable lords in the realm. The infamous Lord Ragsdale is as rich as sin, as sinful as he is rich, and as heartless as he is handsome. But after he saves Emma from a life of indentured servitude and shame, she decides that it is her personal duty to save him from his reckless ways . . . without falling in love.

There are a lot of Carla Kelly fans here.