Daily Deals: Eating right (and godly); Hijinks Paranormal; A fight for justice; and a historical short

Here are some Amazon only deals I would feel bad if I didn’t pass on: 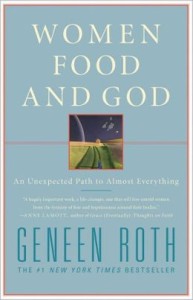 Women Food and God An Unexpected Path to Almost Everything by Geneen Roth. $ 1.99

No matter how sophisticated or wealthy or broke or enlightened you are, how you eat tells all.

After three decades of studying, teaching and writing about our compulsions with food, bestselling author Geneen Roth adds a powerful new dimension to her work in Women Food and God. She begins with her most basic concept: The way you eat is inseparable from your core beliefs about being alive. Your relationship with food is an exact mirror of your feelings about love, fear, anger, meaning, transformation and, yes, even God.

So I become more and more convinced that either the people running Nook digital are either Christians or are targeting Christians because so many of these daily deals from them are faith oriented. Too much of a good thing…is just enough..

In 1811, Lord Randy was bad in bed, so his magician-mistress turned him into a sex demon with a curse: “You don’t get out of this bed until you satisfy 100 women!” Lucky for Randy, two hundred years later, con-artist Clay finds the bed.

Jewel is the hundredth woman, and she accidentally frees Randy from the bed—now he’s her sex slave, and her case against the con artist dissolves in a hail of hormones. Lucky for Jewel, she’s got a lusty libido.

At the BookView Cafe in DRM free ePub and Mobi. Not in love with the title but I guess it is a playful paranormal? 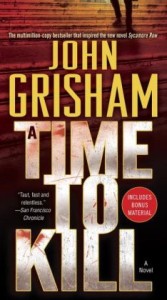 Don’t miss a sneak peek of Sycamore Row, John Grisham’s new novel inspired by A Time to Kill, in the back of the book.

The life of a ten-year-old girl is shattered by two drunken and remorseless young men. The mostly white town of Clanton in Ford County, Mississippi, reacts with shock and horror at the inhuman crime. Until her black father acquires an assault rifle and takes justice into his own outraged hands.

For ten days, as burning crosses and the crack of sniper fire spread through the streets of Clanton, the nation sits spellbound as young defense attorney Jake Brigance struggles to save his client’s life–and then his own.

This is one of my favorite Grisham books. I liked his early works up until The Firm and then my interest died out as he became more mainstream and less lawyerly in his focus. 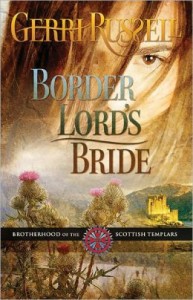 A man on a mission…

To protect his sisters from disaster, Lucius Carr leaves the Templar Knights and returns home to his Scottish estate to assume the family’s earldom little expecting to inherit a bride in the bargain.

A woman from his past…

Elizabeth Huntingdon had spurned him once before in favor of his brother. Lucius bears the physical scars of battle as well as the emotional scars of betrayal. He vows to guard himself against the one woman who enchanted him heart and soul.

A desire neither can resist…

Neither Lucius nor Elizabeth expects to join forces for the sake of his sisters. Or have their loyalties tested as they struggle against the potent desire that threatens to consume them both. She is the last woman on earth he wants to marry, yet the only woman he could ever imagine as the…Border Lord’s Bride.

I want you to know I combed through pages and pages of sludge this morning to find a new and unique deal. I think that this book was originally published through Dorchester. It sounds like this is a short novella from the file size and the RT review which says “even in short format.”