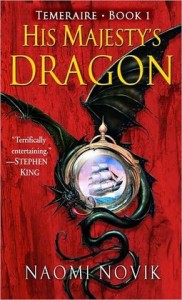 Aerial combat brings a thrilling new dimension to the Napoleonic Wars as valiant warriors rise to Britain’s defense by taking to the skies . . . not aboard aircraft but atop the mighty backs of fighting dragons.

When HMS Reliant captures a French frigate and seizes its precious cargo, an unhatched dragon egg, fate sweeps Capt. Will Laurence from his seafaring life into an uncertain future–and an unexpected kinship with a most extraordinary creature. Thrust into the rarified world of the Aerial Corps as master of the dragon Temeraire, he will face a crash course in the daring tactics of airborne battle. For as France’s own dragon-borne forces rally to breach British soil in Bonaparte’s boldest gambit, Laurence and Temeraire must soar into their own baptism of fire.

Jayne and I both reviewed this book, giving it an A. It’s a fantastic blend of history and fantasy and while there isn’t a traditional romance, an unbreakable bond forms between Will Laurence and Temeraire. 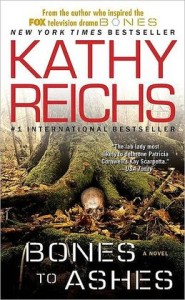 Temperance Brennan, like her creator Kathy Reichs, is a brilliant, sexy forensic anthropologist called on to solve the toughest cases. But for Tempe, the discovery of a young girl’s skeleton in Acadia, Canada, is more than just another assignment. Évangéline, Tempe’s childhood best friend, was also from Acadia. Named for the character in the Longfellow poem, Évangéline was the most exotic person in Tempe’s eight-year-old world. When Évangéline disappeared, Tempe was warned not to search for her, that the girl was “dangerous.”

Thirty years later, flooded with memories, Tempe cannot help wondering if this skeleton could be the friend she lost so many years ago. And what is the meaning of the strange skeletal lesions found on the bones of the young girl?

Meanwhile, Tempe’s beau, Ryan, investigates a series of cold cases. Three girls dead. Four missing. Could the New Brunswick skeleton be part of the pattern? As Tempe draws on the latest advances in forensic anthropology to penetrate the past, Ryan hunts down a serial predator.

This is the 10th book in the Temperance Brennan series. I haven’t ever read any of these books, but they are the basis of the Fox television so called Bones which is fairly entertaining despite the bad plot lines and inaccuracies, primarily because the main characters are appealing. I had to stop watching after I found out that David Boreanz cheated on his wife while she was pregnant. After that I had hard time envisioning him as the good, honorable, guy that he played. 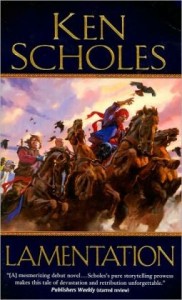 An ancient weapon has completely destroyed the city of Windwir. From many miles away, Rudolfo, Lord of the Nine Forest Houses, sees the horrifying column of smoke rising. He knows that war is coming to the Named Lands.

Nearer to the Devastation, a young apprentice is the only survivor of the city – he sat waiting for his father outside the walls, and was transformed as he watched everyone he knew die in an instant.

Soon all the Kingdoms of the Named Lands will be at each others’ throats, as alliances are challenged and hidden plots are uncovered.

This remarkable first novel from an award-winning short fiction writer will take readers away to a new world – an Earth so far in the distant future that our time is not even a memory; a world where magick is commonplace and great areas of the planet are impassable wastes. But human nature hasn’t changed through the ages: War and faith and love still move princes and nations.

I picked this book up for Ned. It is high fantasy and that at $2.99, seems like a good price for experimentation. One of the most helpful reviews on goodreads is entitled “meh” because the reviewer found it neither objectionable nor praiseworthy. “There’s nothing particularly memorable about Ken Scholes’ debut novel nor anything particularly awful about it.” 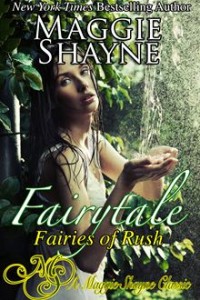 Book One of Two in the Fairies of Rush duet, FAIRYTALE is a sexy, sensual fantasy romance novel. Not for children, very much an adult book. Not erotica, just good old fashioned steamy fantasy romance.

Brigit Malone can paint anything she sees, and uses that skill to get herself and her best friend, homeless Razor Face Malone off the streets. Living the straight life is good until an old enemy kidnaps Raze and demands Brigit forge a privately owned painting, switch the fake for the original, and deliver it.

But that painting is the prize possession of Adam Reid, who once glimpsed the fantastical images it holds in a childhood memory he now considers a hallucination. When he later found the painting, he had to own it.

Neither of them realize the images in the painting are actually a message from the twin sister Brigit doesn’t know she has, a message calling her back to the enchanted kingdom of Rush, where the two half fay twins are destined to put down the usurping Dark Prince Tristan and restore peace to their home, a land far, far away.

A fairytale for grown up girls!

It’s free. I don’t need to convince you to click the buy button on this one, right?