Daily Deals: DEALS: A collection of YA, contemporary, and UF novels 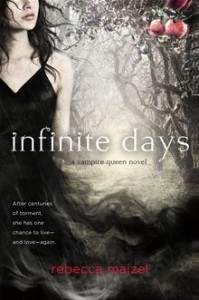 “Throughout all my histories, I found no one I loved more than you…no one.”

It was the first time in 592 years I could take a breath. Lay in the sun. Taste.

Rhode sacrificed himself so I, Lenah Beaudonte, could be human again. So I could stop the blood lust.

I never expected to fall in love with someone else that wasn’t Rhode.

But Justin was…daring. Exciting. More beautiful than I could dream.

This book has some brutal reviews on goodreads. Apparently the heroine is supposed to lay low but does everything but be the shy retiring type. Plus, she’s got three guys panting after her. No mere love triangle for Maizel in this book. 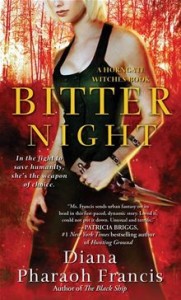 SOMETIMES YOU CHOOSE YOUR BATTLES. AND SOMETIMES, THEY CHOOSE YOU…

Once, Max dreamed of a career, a home, a loving family. Now all she wants is freedom…and revenge. A witch named Giselle transformed Max into a warrior with extraordinary strength, speed, and endurance. Bound by spellcraft, Max has no choice but to fight as Giselle’s personal magic weapon — a Shadowblade — and she’s lethally good at it. But her skills are about to be put to the test as they never have before….

The ancient Guardians of the earth are preparing to unleash widespread destruction on the mortal world, and they want the witches to help them. If the witches refuse, their covens will be destroyed, including Horngate, the place Max has grudgingly come to think of as home. Max thinks she can find a way to help Horngate stand against the Guardians, but doing so will mean forging dangerous alliances — including one with a rival witch’s Shadowblade, who is as drawn to Max as she is to him — and standing with the witch she despises. Max will have to choose between the old life she still dreams of and the warrior she has become, and take her place on the side of right — if she survives long enough to figure out which side that is….

If you are longing for a new Urban Fantasy series, the first three books in Diana Pharaoh Francis’ Horngate Witches series is on sale for $1.99 each. The series has mixed reviews. Some really love it and some find it hohum UF. 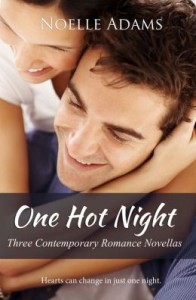 Hearts can change in just one night…

One Night with her Bodyguard:

As the introverted daughter of a Hollywood mogul, Claire tries to avoid the limelight. She isn’t used to be surrounded by other people all the time–particularly sexy bodyguard Michael Lyle who is always, always around. She thinks he sees her only as a job, until one hot night…when all the feelings hidden inside his strong, stoic demeanor are finally released.

One Night in the Ice Storm:

When she returns to her hometown for the holidays, Rachel doesn’t expect to be stranded in an ice storm with only David Harris for company. Eight years ago, David took her virginity and then broke her heart, and she doesn’t plan to forgive him. She thinks she doesn’t care about him anymore, until one hot night…when the ice finally melts.

One Night with her Best Friend:

Kate prides herself on her well-organized life–with job, boyfriend, and best friend clearly in their places. Aaron has been her best friend for fourteen years, and it’s never been romantic between them. She thinks it never can be, until one hot night…when Aaron becomes much more than a friend.

This is a collection of three novellas from author Noelle Adams. Her individual novellas are $.99 or $1.49 so this represents a slight savings. The last story, One Night with a Best Friend, is the best of the lot. The other two are decent but suffer because of the short length. I picked up this this collection of novellas because I really enjoyed Escorted by Claire Kent and when I went to buy her backlist, there was nothing. However, she noted that she wrote under the penname of Noelle Adams and so I bought this collection. 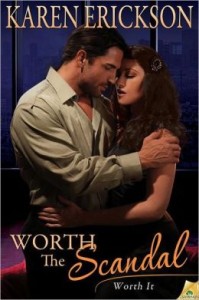 Worth the Scandal by Karen Erickson. $ Free.

Strictly business? Try telling that to her heart…

Alexander Worth, President and CEO of Worth Luxury Goods, is a man never to be crossed. His unwavering sense of responsibility to the family business requires him to always be in complete and utter control. Until it comes to Tessa Crawford.

She’s quietly professional, shy, voluptuous…and she works for him. Which means she is the one woman he must never touch, no matter how hard his gut twists with need for her.

After rising above her disadvantaged childhood, Tessa knows the last thing she should do is risk throwing it all away by falling into bed with her sexy boss. But on an extended European business trip, all self-imposed barriers burn away in the heat of their sizzling chemistry.

Once back home, though, whispers of corporate espionage turn into full-blown scandal—and Tessa finds out the hard way where Alex’s loyalties lie. Determined to soldier on, she picks herself up and carries on with a secret, yet welcomed burden. Never guessing that Alex will make a reappearance in her life, ready to show her once and for all that family does, indeed, come first.

Warning: Contains a sweet-yet-strong woman, and a bossy alpha male brought to his knees by the woman he desperately loves. Involves enough begging and groveling that the reader may be tempted to “accidentally” leave it for her significant other to “find”. For instructional purposes only, of course!

I’m not sure if this is a new work or a republished older work. The Bookpushers found the heroine to innocent and the hero a big asshat.