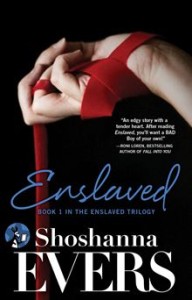 From a red-hot erotica writer comes an original eBook—a sensual romp across the playgrounds of the unbelievably rich and extremely sexy.

Trevor gives Elisabeth full reign of his estate in Westchester, letting her do as she pleases. He has only two rules. Rule One: she must obey and submit to him while she is living in his house. Rule Two: always answer the blue cell phone. She’s happy to oblige, because being with Trevor makes her want to obey, to love him the way he seems to be falling for her. But Elisabeth’s never been good at being the quiet sub; she’s feisty and gets off on the punishments more than she does by pleasing Trevor.

Elizabeth can’t submit to Trevor the way he needs her to, so his friend and business partner (and fellow BAD Boy) Roman takes her in hand. But love triangles can have sharp edges…and somebody’s bound to get hurt. 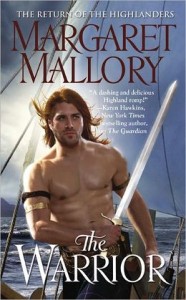 From the Isle of Skye to the battlefields of France, Duncan MacDonald has never escaped the memory of the true love he left behind. Deemed unworthy of a chieftain’s daughter, Duncan abandoned the lovely Moira to prove his worth in battle. Now, when called upon to rescue her from a rival clan, one thing is certain: Moira’s pull on his heart is stronger than ever.

Bartered away in marriage to a violent man, Moira will do anything to ensure she and her son survive. When a rugged warrior arrives to save her, the desperate beauty thinks her prayers have been answered-until she realizes it’s Duncan. The man who once broke her heart is now her only hope. Moira vows never again to give herself-or reveal her secrets-to the fierce warrior, but as they race across the sea, danger and desire draw them ever closer. 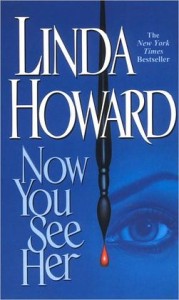 A talented landscape painter and portrait artist in her early thirties, Paris Sweeney has achieved enviable success: her work sells at an exclusive New York City gallery owned by her friend, Candra Worth, and her popularity is at an all-time high. Sweeney, as she is affectionately called by those close to her, loves her work and is content with her life.

Then she begins to notice odd changes: traffic lights turn green when she approaches. Her plants are in full bloom out of season. Perhaps they’re just coincidences, but she can’t ignore her dreams–lush, vivid, and drenched in vibrant hues–which are influencing her artwork. And she can’t deny her growing restlessness… Suddenly, impulsively, Sweeney finds herself unable to resist a night of intense passion with millionaire Richard Worth, Candra’s estranged husband. But the true dangers of her all-consuming urges are about to be revealed where Sweeney least expects it: in her paintings.

After a creative frenzy she can barely recall, Sweeney discovers she has rendered a disturbing image–a graphic murder scene. Against her better instincts, she returns to the canvas time and again, filling out each chilling detail piece by piece–a shoe, the body of a victim, and soon, the victim’s face. But when a shattering, real-life murder mirrors her creation, Sweeney is thrust into suspicious light. Now, with every stroke of her brush, she risks incriminating herself with her inexplicable knowledge of a deadly crime. And every desire–including her hungry attraction to Richard–is loaded with uncertainty and terrifying discovery as Sweeney races to unmask a killer.

I love this book. Everyone must buy. This has one of the sexiest non coitus scenes in a romance book. Heroine gets nearly hypothermic after her visions and in order to warm her, the hero disrobes and cuddles her close. They are an adorable couple. Drawbacks include over the top villains and their perverse sex lives but frankly, I didn’t really care. And I re-read this not so long ago (maybe last year) and I still enjoyed it.

I think this is a one day only sale at Amazon. 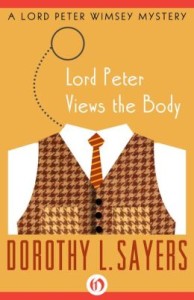 Only Lord Peter has the wit to find the solution to these twelve baffling mysteries
Some aristocrats spend their lives shooting, but Lord Peter Wimsey is a hunter of a different kind: a bloodhound with a nose for murder. Before he became Britain’s most famous detective, Lord Peter contented himself with solving the crimes he came across by chance. In this volume of short stories, he confronts a stolen stomach, a man with copper fingers, and a deadly adventure at Ali Baba’s cave, among other conundrums. These mysteries tax not just his intellect, but his humor, knowledge of metallurgy, and taste for fine wines. It’s not easy being a gentleman sleuth, but Lord Peter is the man for the job. This ebook features an illustrated biography of Dorothy L. Sayers including rare images from the Marion E. Wade Center at Wheaton College.

This is a collection of short stories. From a GR reviewer “Lord Peter appears in all twelve stories in this collection, which was originally published in 1928. Some of the stories are distinctly better than others. However, all of them are readable and all of them are of interest to a true fan of the sophisticated and urbane amateur detective and his equally fascinating creator. A number of the stories play with themes which are central in Lord Peter Wimsey novels published during the 1930s: for example, how a person found on a beach could have been murdered when there is only one set of footsteps to be found in the sand comes up again in Have His Carcase, which was published in 1932. “