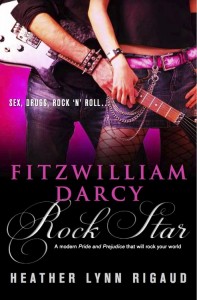 Darcy’s as hot as he is talented…

Fast music, powerful beats, and wild reputations-on and off stage-have made virtuoso guitarist Fitzwilliam Darcy’s band into rock’s newest bad boys. But they’ve lost their latest opening act, and their red-hot summer tour is on the fast track to disaster. Now Darcy and bandmates Charles Bingley and Richard Fitzwilliam are about to meet their match…

But she’s about to rock his world…

Enter Elizabeth Bennet, fiercely independent star of girl-band Long Borne Suffering. Elizabeth, her sister Jane, and friend Charlotte Lucas have talent to spare and jump at the opening band slot. Elizabeth is sure she’s seen the worst the music industry has to offer. But as the days and nights heat up, it becomes clear that everyone is in for a summer to remember.

This is here because it is cheap and I know that there are readers who love the Darcy fan fiction. 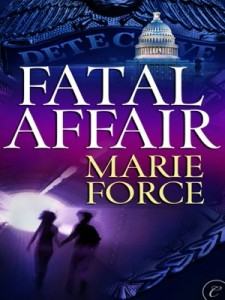 Washington, D.C., Metro Police Detective Sergeant Sam Holland needs a big win to salvage her career—and her confidence—after a disastrous investigation. The perfect opportunity arises when Senator John O’Connor is found brutally murdered in his bed, and Sam is assigned to the case. Matters get complicated when Sam has to team up with Nick Cappuano, O’Connor’s friend and chief of staff…and the man Sam had a memorable one-night stand with years earlier. Their sexual chemistry still sizzles, and Sam has to fight to stay focused on the case. Sleeping with a material witness is another mistake she can’t afford—especially when the bodies keep piling up.

Tina at Goodreads gave this a three star for good suspense and a decent romance. “I had the biggest problem, though with some plotting elements and characterizations.” 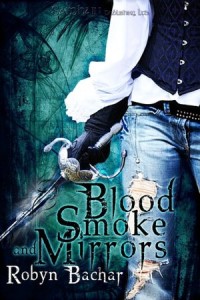 Even a bad witch deserves a second chance.

Wrongly accused of using her magic to harm, the closest Catherine Baker comes to helping others is serving their coffee. Life as an outcast is nothing new, thanks to her father’s reputation, but the injustice stings. Especially since the man she loved turned her in.

Now the man has the gall to show up and suggest she become the next Titania? She’d rather wipe that charming grin off his face with a pot of hot java to the groin.

Alexander Duquesne has never faltered in his duties as a guardian—until now. The lingering guilt over Cat’s exile and the recent death of his best friend have shaken his dedication. With the murder of the old Titania, the faerie realm teeters on the brink of chaos. His new orders: keep Cat alive at all costs.

Hunted by a powerful stranger intent on drawing her into an evil web, Cat reluctantly accepts Lex’s protection and the resurrected desire that comes along with it. Lex faces the fight of his life to keep her safe…and win her back. If they both survive.

I’ve never heard of this author before but this is book 3 in the series. Author Gail Dayton (whose Goodreads bookshelf has a really good correlation with mine) wrote ” There’s lots of fighting, sneakiness, betrayal, hurt, loving, making up, and other stuff in this story, and I just really enjoyed it.” 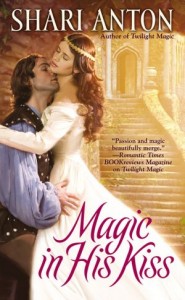 By order of King Stephen, Nicole de Leon has been confined to Bledloe Abbey since her father’s death eight years ago. As an orphaned noblewoman, she has always known that she would be married off to strengthen King Stephen’s political position. But as she reached marriageable age, she never dreamt that her extended family would come to her aid and prevent this unwanted marriage. For Nicole’s uncle, Connorap Maelgwn, has always despised King Stephen and would do anything to thwart him…even commit an act of war by kidnapping the bride the King needs to solidify an alliance. But Connor can’t charge through England with an army. He needs a warrior who’s trustworthy…a warrior like Rhodri ap Dafydd.

Rhodri ap Dafydd, a bard and warrior, has one purpose: to bring Nicole de Leon and home to Wales. He has no interest at all in politics—he’s merely helping a friend. But from the moment he lays eyes on Nicole, friendship is the last thing on his mind. With her fiery nature and her sharp tongue, Nicole is unlike any woman he has ever met. But falling in love with her was never an option. Brought together by fate but soon torn apart by war, can these two star-crossed lovers find a future together?

There is some crazy pricing going on with the Hachette paperbacks right now. I’m not sure if this is predicating a shift toward non Agency pricing, but the list price of a number of mass market titles are $9.99 to $19.99. Reviews for this sweet romance range from “pretty awful” to “sorry to see it end.” One reviewer mentioned a touch of paranormal activity.