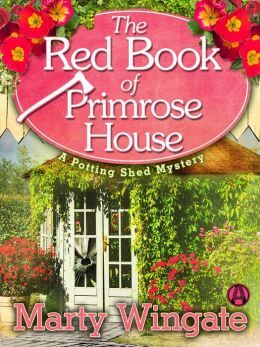 The Red Book of Primrose House by Marty Wingate. $ .99

Pru Parke has her dream job: head gardener at an eighteenth-century manor house in Sussex. The landscape for Primrose House was laid out in 1806 by renowned designer Humphry Repton in one of his meticulously illustrated Red Books, and the new owners want Pru to restore the estate to its former glory—quickly, as they’re planning to showcase it in less than a year at a summer party.

But life gets in the way of the best laid plans: When not being happily distracted by the romantic attentions of the handsome Inspector Christopher Pearse, Pru is digging into the mystery of her own British roots. Still, she manages to make considerable progress on the vast grounds—until vandals wreak havoc on each of her projects. Then, to her horror, one of her workers is found murdered among the yews. The police have a suspect, but Pru is certain they’re wrong. Once again, Pru finds herself entangled in a thicket of evil intentions—and her, without a hatchet.

This is a very well reviewed cozy mystery series. 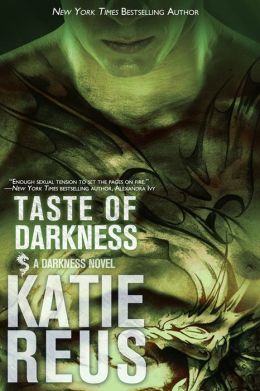 He spent more than a thousand years imprisoned in Hell…

Drake is an ancient dragon shifter, one of the most powerful beings in existence, but over a millennium trapped in utter darkness has left him ill-equipped for modern society. If it wasn’t for Victoria, the sweet female brave enough to befriend him, he’d be lost. She’s smart and gorgeous and everything he never dared dream of during his years of agonizing loneliness. He may not have anything to offer her, but one thing he knows for sure: he’d die to keep her safe.

Only to fall into the heaven of her touch.

Victoria is a wolf shifter, healer of the Stavros pack. She’s seen a lot, but she’s never met anybody quite like Drake, the fiery, fascinating shifter who can blaze through the skies unseen by mere mortals. He’s lost, dangerous, and the last male she should fall in love with, but the more time she spends helping him navigate modern life, the deeper—and hotter—their connection becomes. She’s thrilled when they finally locate his family, but reuniting with his people plunges them both into unimaginable danger. It’s a race against the clock trying to figure out who wants them dead and who they can trust, especially when the threat is closer than they ever imagined.

Author note: Can be read as a stand-alone novel.

Fiction Vixen’s site says “While the world-building and a lot of the PNR aspects aren’t incredibly unique, I was completely drawn into the story and didn’t put this book down until I finished reading. I loved the set up for future couples and can’t decide who I want to see get their story next. While I do think readers could read this as a stand-a-lone, I wouldn’t recommend it. “ In this steamy, electrifying novel, Amber Hart pushes contemporary romance to its wildest limits as a young woman travels halfway across the globe—and discovers the place where her heart belongs.

Raven has no idea what to expect when she travels to Africa in search of answers about her family’s past. A twenty-year-old college student from Michigan, she’s never seen anything like the beautiful, treacherous jungles of Cameroon. But nothing takes her breath away like Jospin. As soon as Raven meets the charismatic and intense young hunter, she’s instantly hooked.

Clever, rugged, and fearless, Jospin makes his living from the perils of the jungle. But falling in love with Raven could be the most dangerous thing he’s ever done. The heir to a powerful poaching empire, he holds the key to unlocking the secrets of Raven’s legacy. If she asks the wrong questions, his answers could get them both killed. And yet each and every moment spent holding Raven in his arms is worth the risk.

Raven’s getting closer to the truth. Jospin’s at the point of no return. Their chemistry is out of control, and when they forge a bond that goes beyond blood, desire will take them into uncharted territory.

Until You Find Me is a steamy, unconventional, contemporary new adult featuring a diverse romance. While there is a bit of a cliffhanger, the sequel, Captured by You, releases in May, so it’s not that long of a wait. Wreck of the Nebula Dream by Veronica Scott. $ 0.99

Traveling unexpectedly aboard the luxury liner Nebula Dream on its maiden voyage across the galaxy, Sectors Special Forces Captain Nick Jameson is ready for ten relaxing days, and hoping to forget his last disastrous mission behind enemy lines. He figures he’ll gamble at the casino, take in the shows, maybe even have a shipboard fling with Mara Lyrae, the beautiful but reserved businesswoman he meets.

All his plans vaporize when the ship suffers a wreck of Titanic proportions. Captain and crew abandon ship, leaving the 8000 passengers stranded without enough lifeboats and drifting unarmed in enemy territory. Aided by Mara, Nick must find a way off the doomed ship for himself and several other innocent people before deadly enemy forces reach them or the ship’s malfunctioning engines finish ticking down to self destruction.

But can Nick conquer the demons from his past that tell him he’ll fail these innocent people just as he failed to save his Special Forces team? Will he outpace his own doubts to win this vital race against time?

On Feb 22nd, 2015, Jayne of DA said, “I was 4 chapters into this story when it dawned on me that I was lost in it and totally concentrating on this created world. It’s about the people as well as the tech…..” and “…The details of the doomed Titanic’s fate are cleverly re imagined in a space voyage. …” and “…The finale is a bang up, with split second timing and possible danger lurking around every corner. ” Received a B (yay!)

And this April is the 103rd anniversary of the Titanic sinking.
SFR Galaxy Award Winner in 2013